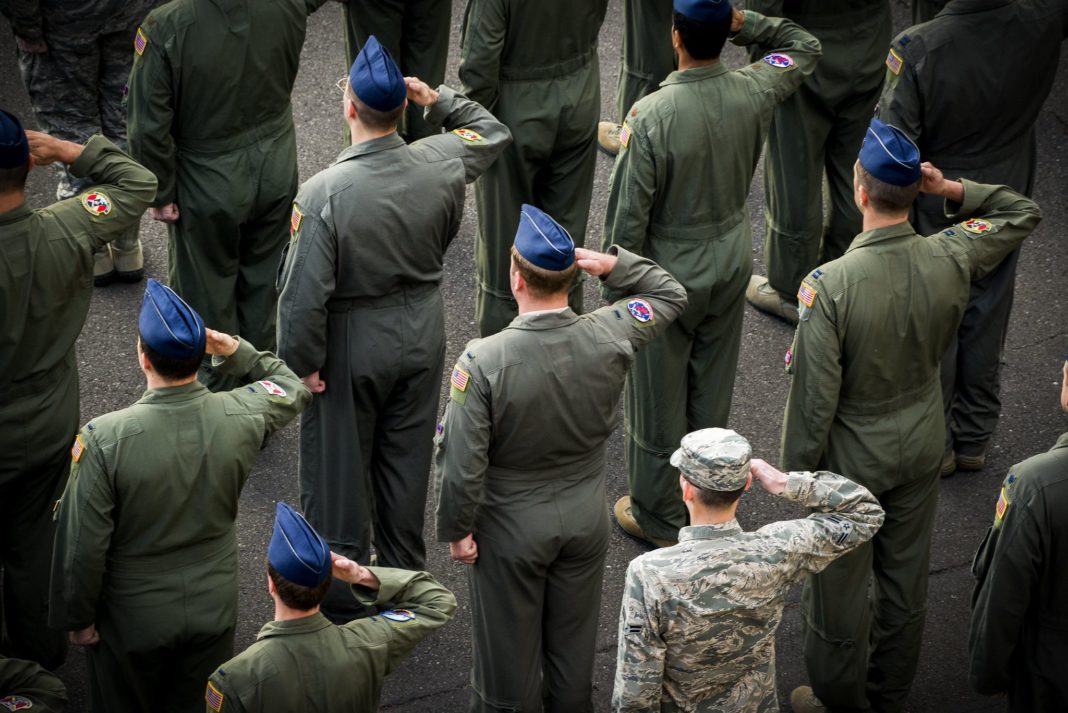 Airmen salute during a retreat ceremony March 17, 2017, at Yokota Air Base, Japan.

WASHINGTON — President Donald Trump announced his pick for the next Secretary of the Air Force Tuesday.

“I am pleased to announce my nomination of Barbara Barrett of Arizona, and former Chairman of the Aerospace Corporation, to be the next Secretary of the Air Force. She will be an outstanding Secretary,” Trump wrote via Twitter.

If confirmed by the Senate, Barrett, who was also a diplomat in President George W. Bush’s administration, will replace Secretary Heather Wilson, who is slated to step down at the end of the month.

Barrett’s nomination comes as the Air Force deals with a fresh scandal involving sexual assault. In March, Sen. Martha McSally dramatically disclosed that she was raped by a superior officer while serving in the Air Force. “Like many victims, I felt like the system was raping me all over again,” McSally said during a hearing when explaining why she did not come forward.

Currently the U.S. Air Force manages the space domain through the U.S. Space Command. Space Force would stand alongside the Army, Navy, Air Force and Marine Corps. However, the newest branch is expected to be akin to the structure of the Marine Corps, which is a component of the U.S. Department of the Navy but has separate representation on the Joint Chiefs of Staff.

The new sister service branch will be represented on the Joint Chiefs and overseen by an Air Force undersecretary for space.

Meanwhile, Wilson, who was rumored to be a top candidate for secretary of defense, will become the next president of the University of Texas at El Paso.

In her resignation letter to President Donald Trump, Wilson cites her previous service as a university president and her love for the Southwest as part of her decision to step down.

“As you know, I left a university presidency to become Secretary of the Air Force and our family home is in New Mexico, a few hundred miles north of El Paso on the Rio Grande. If approved by the Regents, I look forward to returning to the west to help lead this fine institution,” Wilson wrote to Trump in March.

Secretary of the Air Force Heather Wilson straps into an F-15D Eagle before a familiarization flight Nov. 4, 2018.

Trump acknowledged Wilson’s resignation in a tweet Friday saying, “Heather has done an absolutely fantastic job as Secretary of the Air Force, and I know she will be equally great in the very important world of higher education. A strong thank you to Heather for her service.”

Wilson, 58, came to the Pentagon in 2017 to become the 24th secretary of the Air Force. Prior to joining the Trump administration, Wilson served as a congresswoman from New Mexico from 1998 to 2009. She also was president of the South Dakota School of Mines and Technology for four years.