Chinese ambassador on trade talks: The US ‘changes its mind so often’ 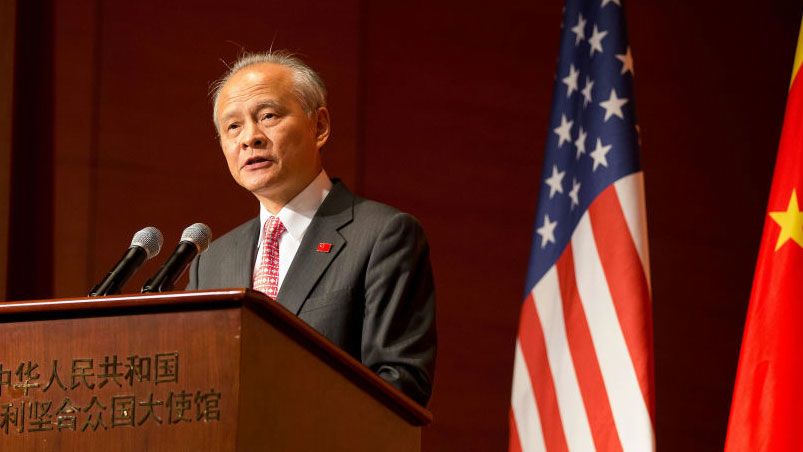 Cui Tiankai, the Chinese ambassador to the United States, said on Tuesday that U.S. negotiators have “often” backed out on partial trade deals at the last minute.

“If we review the process of trade talks between us over the last year or so, it is quite clear it is the U.S. side that, more than once, changed its mind overnight, and broke the tentative deal already reached,” Cui told Fox News.

“It is the U.S. side who changes its mind so often,” Cui added.

Cui said, as a result, China has a “no rush” attitude to restarting trade negotiations with the U.S.

Talks between the world’s two largest economies have stalled after each nation lobbied higher tariffs on the other’s imports, and China is reportedly considering canceling the next round of meetings in Beijing — even before the U.S. officially accepted the invitation. Treasury Secretary Steven Mnuchin has appeared open to accepting China’s invitation to bring a U.S. delegation.

“China remains ready to continue our talks with our American colleagues to reach a conclusion. Our door is still open,” Cui said.

Chinese President Xi Jinping said earlier on Tuesday that his country is beginning on a “new Long March,” hinting that China does not expect the trade war to end soon.

After talks broke down earlier this month, President Donald Trump increased U.S. levies to 25% from 10% on $200 billion worth of Chinese goods. China quickly retaliated, raising tariffs on $60 billion of U.S. goods to 25%.

Trump is considering another tariff hike on another set of Chinese goods worth about $300 billion.