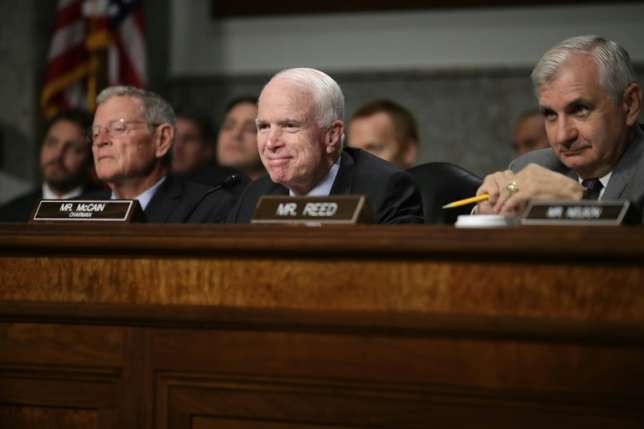 US President Donald Trump launched into a fresh war of words with a fellow Republican on Tuesday, warning John McCain “I fight back, and it won’t be pretty” after the respected senator criticized him in a speech.

Speaking on Monday night at an event held to honor his life’s achievements, McCain accused Trump of spreading a “half-baked, spurious nationalism.”

The former presidential candidate and war hero, who was diagnosed with brain cancer in July, added the US must not retreat from global leadership nor “find scapegoats (rather) than solve problems.”

Trump lashed out Tuesday, telling conservative radio host Chris Plante: “People have to be careful because at some point I fight back.

McCain has proved a thorn in Trump’s side in recent months, twice helping to scupper his party’s attempts to repeal a healthcare law that was a signature accomplishment of former president Barack Obama.

Asked by AFP what he made of Trump’s latest missive, McCain shrugged the matter off. “I do what I have to do and I work with him as much as I can, and I do what I need to do for the people of Arizona,” he said.

Regarding Trump’s suggestion he would fight back, McCain responded simply: “I have faced some pretty tough adversaries in my life.”

The latest drama came weeks after another senior Republican, Senator Bob Corker, claimed the president’s behavior on the global stage was pushing the country to the brink of conflict.

Trump’s frequent sparring with congressional leaders is seen as potentially damaging to his legislative agenda, with Republicans holding only a slim majority in the Senate.