Donald Trump US President sends ‘thoughts and prayers’ to US sailors in crash Earlier Sunday night, Trump had said “that’s too bad” in response to reporters’ shouted questions about the USS John S. McCain. 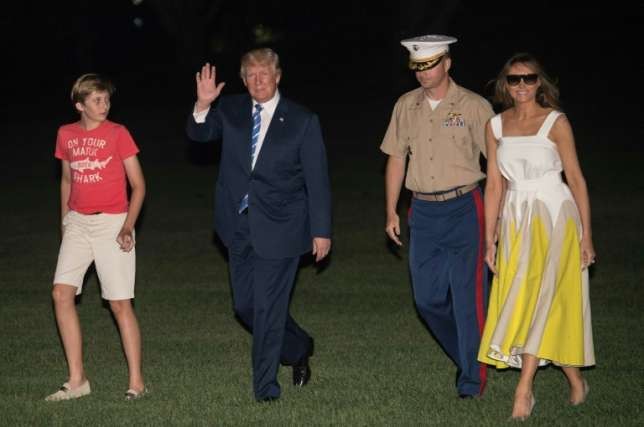 US President Donald Trump late Sunday tweeted his “thoughts and prayers” to the sailors aboard a US destroyer that collided with a tanker near Singapore, leaving 10 missing and five injured.

“Thoughts & prayers are w/ our @USNavy sailors aboard the #USSJohnSMcCain where search & rescue efforts are underway”, he said in a post which contained a link to the US military’s announcement about the crash.

He had just landed at the White House in Marine One, returning to Washington from a 17-day “working vacation” at one of his golf resorts.

The guided-missile destroyer collided with the merchant vessel Alnic MC east of Singapore and near the Strait of Malacca in the early hours of Monday local time, the US Navy said a statement.

“There are currently 10 sailors missing and five injured… Search and rescue efforts are underway in coordination with local authorities.”

The ship was sailing under its own power and heading to port.