Trump looks to 2020 but a more immediate peril looms: Democratic control, and impeachment power, in the House 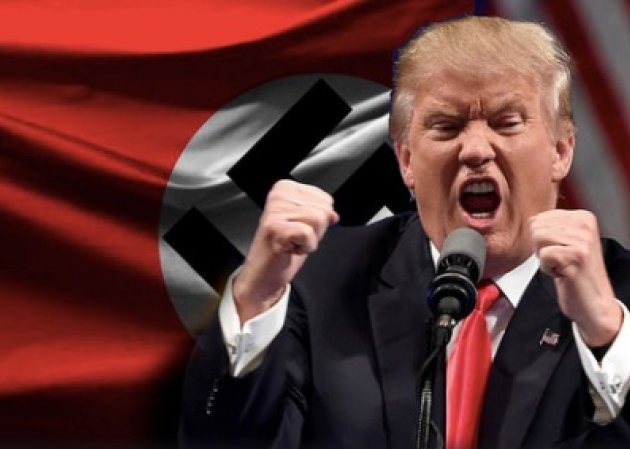 Some of President Trump’s advisers want him to bet his political future on a strategy that was most recently used by one of his most bitter rivals: Bill Clinton.

As he picks fights with his own party’s congressional leaders, Trump is adopting his own version of “triangulation,” trying to forge a separate and distinct identity from both Republicans and Democrats. These advisers believe that dysfunction on Capitol Hill is likely to continue and that the further away Trump is positioned from the gridlock, the better his political standing will be heading toward his own reelection campaign in 2020.

“It’s right out of the Bill Clinton playbook. Triangulation is something that he perfected,” Barry Bennett, a former Trump campaign adviser, told The Post’s Philip Rucker this week.

The key difference is timing, and that’s what makes Trump’s bid, for now, so much more risky than what Clinton did as he prepared for his 1996 reelection campaign. Clinton’s move away from congressional Democrats came after a brutal 1994 midterm election that gave Republicans full control of the Capitol.

Trump is making a preemptive break with his would-be congressional allies barely seven months into office. This comes more than a year ahead of the 2018 midterm elections and at a moment when his party has control of both the House and Senate.

And he’s doing it in a scathingly personal manner, attacking congressional Republicans nearly daily through social media and at public rallies.

Trump’s advisers contend that the strategy will inoculate him from blame if Republicans lose big-time next year. But what they don’t seem to take into account is that constantly blaming GOP leaders for their failures could depress conservative turnout next year and assure a Democratic takeover, at least in the House, which current election ratings place within closer reach of Democratic control than the Senate.

And that scenario presents far greater peril for Trump than mere blame for electoral losses. A Democratic House majority would have the power to move on impeachment proceedings. The gavel of the Oversight and Government Reform Committee would go to Rep. Elijah E. Cummings (D-Md.), a shrewd operator who would have subpoena power to go after the president’s personal taxes and peruse how much the Trump Organization is benefiting from foreign governments staying at his hotel properties.

And forget about funding for a wall along the Mexican border: Democrats running the House Appropriations Committee would not even entertain that idea.

Some of Trump’s advisers have cautioned him about the possibility of impeachment proceedings. But others view this internecine fighting with Republicans as the best course.

“No one likes the Congress. No one likes the Republican or Democratic leadership. He puts the blame for inaction where it belongs,” Roger Stone, an outside agitator who remains close to Trump, told Rucker.

Trump has put that strategy to work almost every morning of the past couple weeks by using his Twitter account to attack Republicans on Capitol Hill. Senate Majority Leader Mitch McConnell (R-Ky.) has been the most frequent target lately, after coming up one vote short of extending the effort to repeal the Affordable Care Act. The past few days, he found a new foil in Sen. Bob Corker (R-Tenn.), lashing out at the chairman of the Senate Foreign Relations Committee for his comments questioning whether Trump could ever succeed.

There is some evidence that the public distinguishes Trump from both parties. In the late spring, just 38 percent of the public believed Trump is “in touch with the concerns of most people,” according to a Washington Post-ABC News poll.

But for the Republican Party, that number drops to 32 percent, and just 28 percent of Americans believe the Democratic Party is “in touch” with average citizens.

“They are equally hated in the country,” Stone said.

The irony of Trump adopting a Bill Clinton strategy is rich. At his lowest moment in the 2016 campaign, after The Post revealed Trump’s 2005 comments bragging about unwanted sexual advances, Trump pointed the finger at Bill Clinton’s extramarital affairs and brought Clinton accusers to one of his debates against Hillary Clinton.

Clinton survived his scandals — and even an impeachment — in part because he maintained strong personal relationships with many congressional Democrats, never openly antagonizing them the way Trump does with fellow Republicans.

In the run-up to the 1996 election, Clinton signed a Republican-drafted bill setting time limits on federal welfare benefits and pushed pet conservative causes like uniforms in public schools. In his second term, he cinched a stringent budget deal with then-Republican Speaker Newt Gingrich and normalized trade relations with China.

But on some core party issues such as protecting Medicare and Social Security, Clinton fought Republicans and beat them. He campaigned for Democrats when they asked, raised gobs of money for their political committees and did the little personal things including inviting them out to play golf.

Those close bonds paid dividends during the 1998-99 impeachment effort, as Democrats rallied behind Clinton. Not a single Senate Democrat supported any of the articles of impeachment during a trial that ended in deadlock.

It’s too early to know if Democrats would move toward impeachment if they won the House majority next year. But they could wreak havoc on Trump’s agenda and shed light on his personal finances.

Cummings would become a national figure overnight, capable of launching investigations and holding televised hearings that would likely be very damaging. Any bold Trump agenda items would be blocked by House Democrats, who would force legislative compromises that would crush conservative spirits.

Democrats would force Trump into legislative compromises that would dispirit conservatives base voters for the GOP.

Those prospects would seem to compel Trump to work with Republicans now to protect their majorities next year. Yet some advisers believe Trump should keep training his fire on Republicans, which would be better for his own independent brand. “Run against the elite leadership of both parties,” Stone said.

The bill for that shame could come due in November 2018.