Trump Breaks Silence On Comey: ‘WOW, Comey Is A Leaker!’ 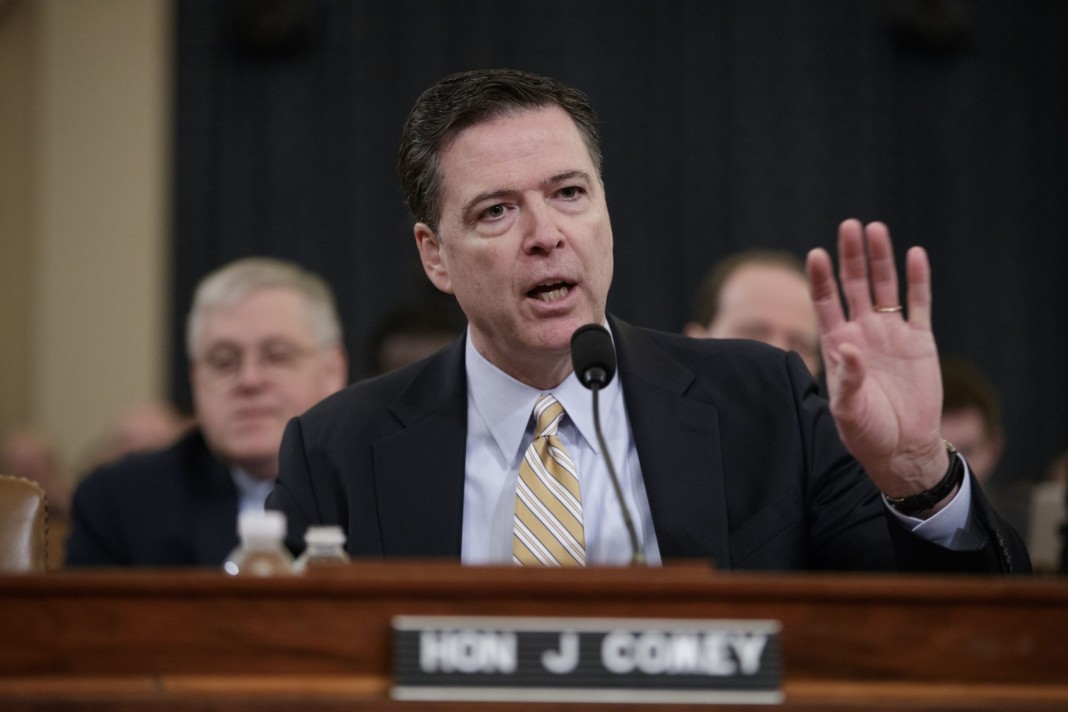 President Trump has broken the silence he maintained during former FBI Director James Comey’s testimony Thursday, saying on Twitter that he was vindicated in the hearing that explored Russia’s meddling in the U.S. election, its ties to Trump’s security adviser, and Trump’s dealings with Comey.

“Despite so many false statements and lies, total and complete vindication…and WOW, Comey is a leaker!” the president tweeted early Friday morning.

Despite so many false statements and lies, total and complete vindication…and WOW, Comey is a leaker!

In referring to Comey, Trump was citing the former FBI director’s acknowledgement that he had leaked his own memos about his conversations with the president. Comey told members of the Senate Intelligence Committee that he had hoped to prod the Justice Department to appoint a special counsel to oversee the Russia investigation — which occurred last month.

It’s unclear what the president meant by referring to “total and complete vindication,” but he was likely thinking of Comey’s confirmation yesterday that, as NPR’s Jessica Taylor reports, “there was no counterintelligence nor criminal investigation of Trump individually and that the president was not personally under investigation.”

Testifying one month after Trump fired him, Comey said he lost his job because of the FBI’s investigation into Russian interference in the 2016 U.S. election. He also said that any other explanations that have come from the White House were “lies, plain and simple,” as NPR’s Jessica reports.

Comey described how he had documented his conversations with Trump, in which he said the president asked for his “loyalty” and for him to end the inquiry into Trump’s former National Security Adviser Michael Flynn, who resigned in February over discrepancies in his explanations for contacts with Russia’s ambassador.

The former FBI chief told senators that he created those records because he “was honestly concerned [Trump] might lie” about what was said in the encounters, in which the president had ensured the two of them would be alone.