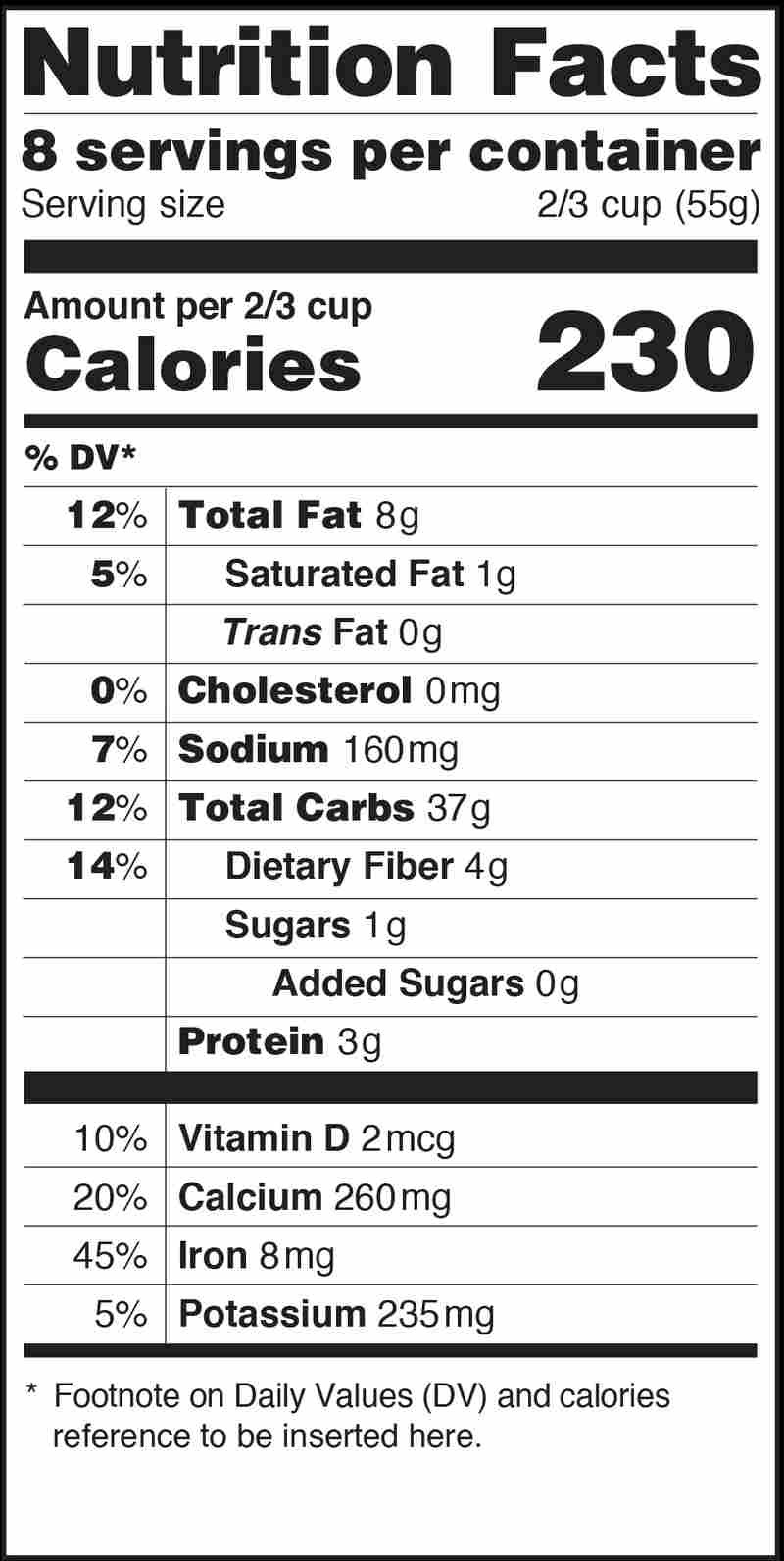 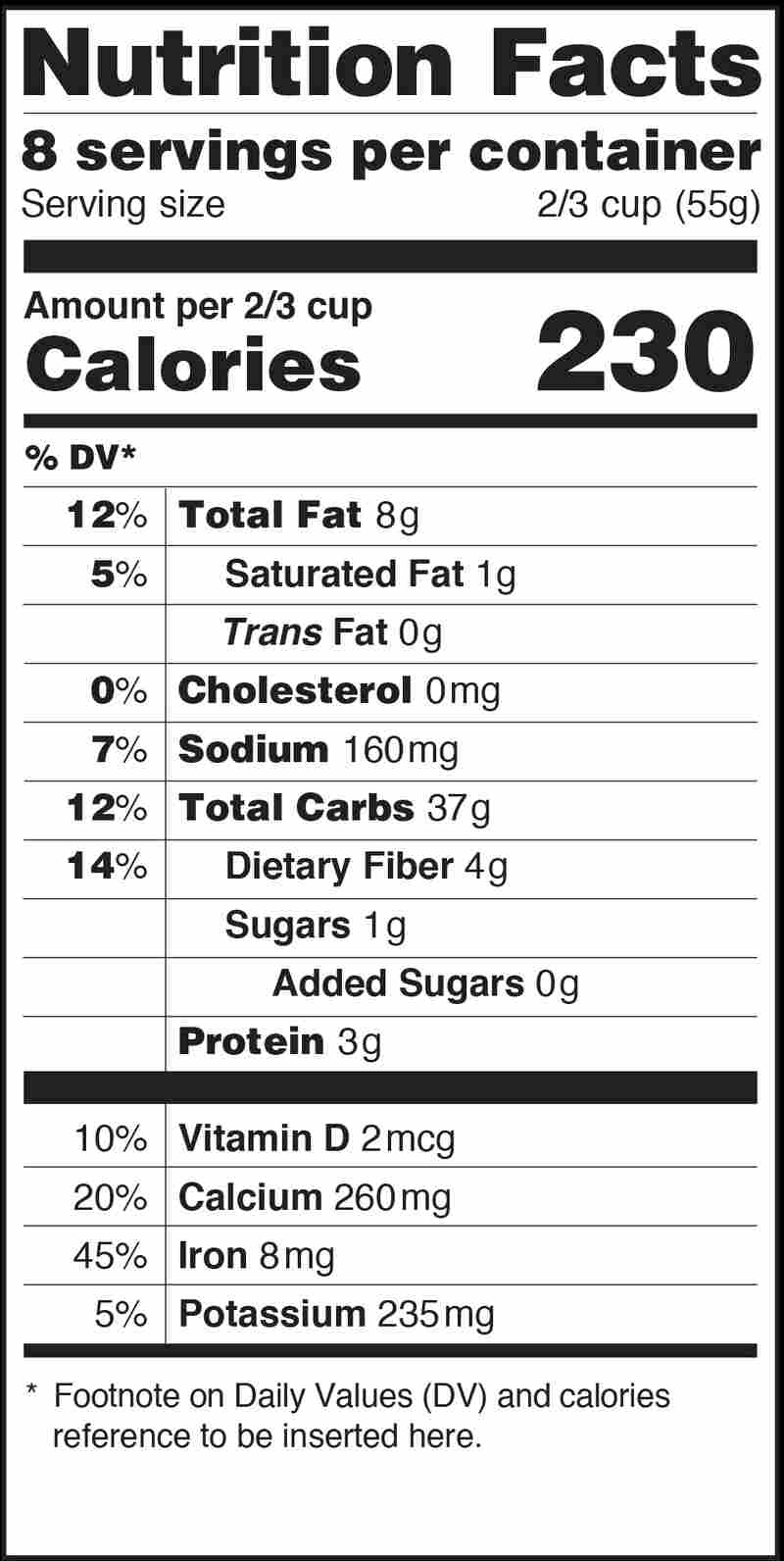 This is the mock-up of the FDA’s proposed nutrition label unveiled in 2014. The updated label highlights the calories in packaged food and drinks using a big font with bold lettering. It also labels added sugars. Food and Drug Administration hide caption

The Food and Drug Administration has delayed the deadline for food companies to adopt a new Nutrition Facts label on food and beverage packages.

A design for the new label was unveiled by Michelle Obama in 2014 at a White House event held on the anniversary of her campaign to fight obesity.

The updated label highlights the calories in packaged food and drinks using a big font with bold lettering. It also labels added sugars.

Originally, large companies had been given until July 2018 to comply with the new label, and at least one food giant, Mars Inc., has said it could be ready to meet that deadline. But several industry groups asked for more time.

Now, in announcing an extension of the compliance date, the FDA issued this statement: “The agency is mindful of the importance of balancing its mission of protecting public health with the practicalities of implementing the amended labeling requirements.”

The Trump administration has also delayed the deadline for complying with a rule that requires chain restaurants to post calories and has eased Obama-era school lunch regulations as well.

When the menu-labeling delay was announced in May, Tom Price, Trump’s secretary of Health and Human Services, said the FDA would aim to make the rule more flexible and less burdensome, while still providing useful information to consumers.

But a free-market advocate applauded today’s decision. The “decision by the Trump administration to delay a new round of food labeling mandates was the right decision,” Michelle Minton, a consumer policy expert at the Competitive Enterprise Institute, wrote in a statement. Minton added: “Federal regulators were about to impose burdens on our nation’s food companies while making nutrition labels harder for consumers to interpret.”

But consumer advocacy groups have been vocal in their disappointment. “As with its delay of menu labeling, the FDA will end up denying consumers critical information they need to make healthy food choices in a timely manner and will throw the food industry into disarray,” writes Jim O’Hara of the Center for Science in the Public Interest.