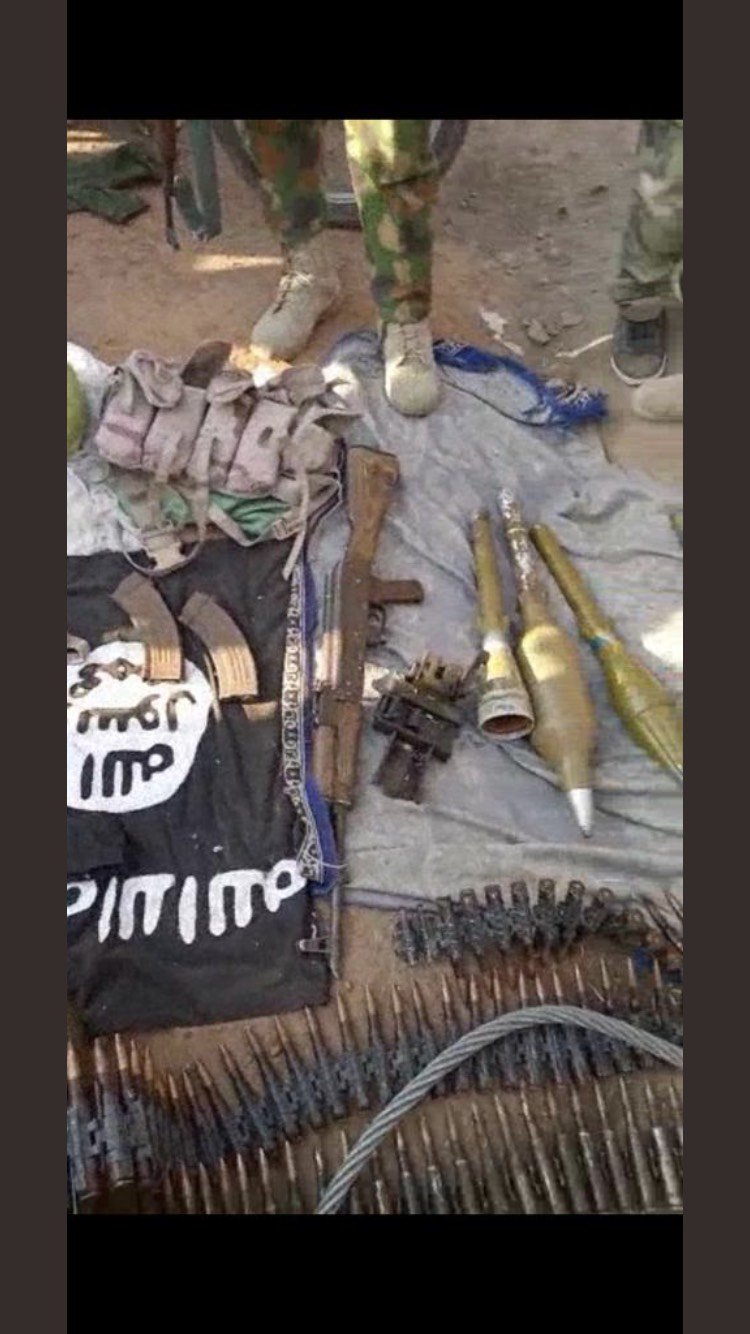 The Nigerian Army has said its troops on Friday dislodged Boko Haram insurgents from their hideouts in Gamboru Ngala Local Government Area of Borno State.
The army in a statement on its official Twitter handle said that on Nov. 30 the troops launched offensive on two fronts against the insurgents and successfully dislodged them from their hideouts in the area.
It disclosed that the insurgents who were preparing for an attack, fled on sighting the troops, leaving behind their ammunitions, food items and other consumables.

“In compliance with the directives of the Chief of Army Staff, Lt. Gen. Tukur Buratai; that commanders in Operation LAFIYA DOLE, to carry out massive attack and offensive mission to the Boko Haram terrorists’ suspected locations, hideouts and enclaves, troops of 3 Battalion, 22 Brigade, embarked on an exploration mission on November 29, 2018.
“The gallant troops carried out offensive patrols on two fronts: Ngala Bridge and Gamboru town along Wurge village, northern Borno. On sighting the troops, the terrorists who were massing up for a possible attack abandoned their logistic stores, equipment and fled.