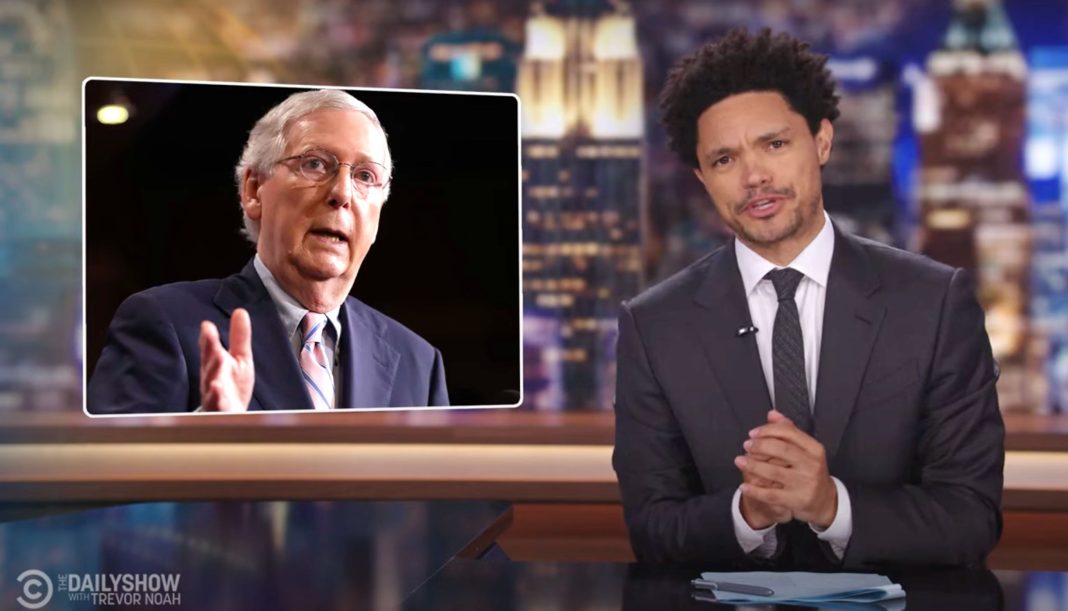 Trevor Noah believes protecting one piece of paper matters more to Americans than the lives of other people.

On Wednesday, “The Daily Show” host discussed the Senate’s advancement of the bipartisan gun safety bill this week. The bill looks to improve background checks for people between 18 and 21 years old, give incentives to states that pass “red flag” legislation and close the “boyfriend loophole” which bars partners from buying guns if they’ve been convicted of domestic violence.

The legislation advanced in the Senate after mass shootings killed supermarket shoppers in Buffalo, New York and students in Uvalde, Texas in May. But that didn’t stop Noah from mocking Senate Minority Leader Mitch McConnell (R-Ky.) for claiming the bill was “fully upholding the Second Amendment.”

Watch Noah’s full discussion on the bill below: