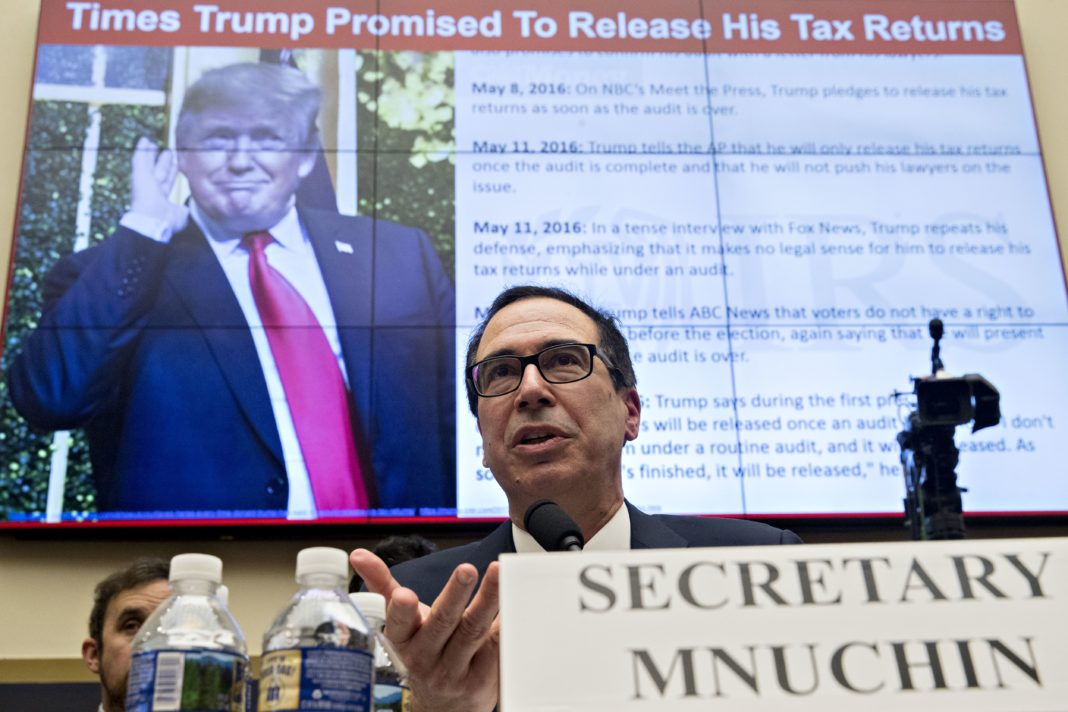 Treasury Secretary Steven Mnuchin, who was subpoenaed by a House committee to hand over years of President Donald Trump’s tax returns, signaled Wednesday that the ongoing dispute could be headed to the courts.

Mnuchin testified before a Senate Appropriations subcommittee that he and his department had not yet made a formal decision on whether to comply with the subpoenas for six years of Trump’s tax returns. But he added that lawmakers can probably “guess which way we’re leaning.”

The subpoenas, which were lodged by the Democrat-led House Ways and Means Committee last week, gave Mnuchin and IRS Commissioner Charles Rettig a Friday deadline to provide Trump’s returns. Mnuchin has said that prior requests for the tax documents lacked a “legitimate legislative purpose. ”

There is a “difference in interpretation between Congress and us,” Mnuchin testified Wednesday morning at the hearing. “That not only impacts this president and this Congress, but has a very big impact on every single taxpayer in weaponizing the IRS.”

He added: “This is why there are three branches of government, so if there is a difference of opinion this will go to the third branch of government to be resolved.”

Mnuchin also testified that he has had no conversations with Trump or anyone else in the White House about the issue of whether to release Trump’s tax returns. But he said he has spoken with IRS and Treasury legal teams, as well as with Rettig, who “independently concurred with my decisions.”

Ways and Means Chairman Rep. Richard Neal, D-Mass., and other Democrats argue they are entitled to look at any taxpayer’s returns under a section of the IRS Code that says the executive branch “shall” provide Congress with a taxpayer’s information upon request.

Trump broke with the longstanding precedent of presidential candidate by refusing to disclose his tax information during the 2016 presidential election. Trump claimed during the campaign and after the election that he could not release his returns until the completion of an audit. But there is no law precluding him from releasing them during an audit.

“I know there’s a lot of interest on both sides” of the issue, Mnuchin said. But where there’s a dispute between the executive and legislative branches of government, “I think it’s better that we have the court’s interpretation,” he said, rather than “establish a precedent that is weaponizing the IRS.”