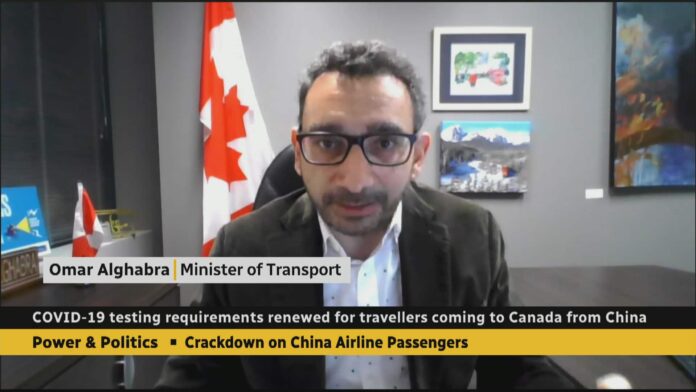 Transport Minister Omar Alghabra is defending the government’s decision to impose mandatory COVID-19 testing on travellers coming from China, Hong Kong and Macau — despite the opinions of experts who say the move will do little to curb the spread of the virus.

On Thursday, Canada joined several other countries — including the United States, some European nations, India and Japan — in imposing the testing requirement.

China has been dealing with an exploding COVID-19 caseload after easing restrictions and walking back its strict “zero-COVID” policy.

WATCH | ‘It is the prudent thing to do’: Transport minister on COVID-testing for travellers from China 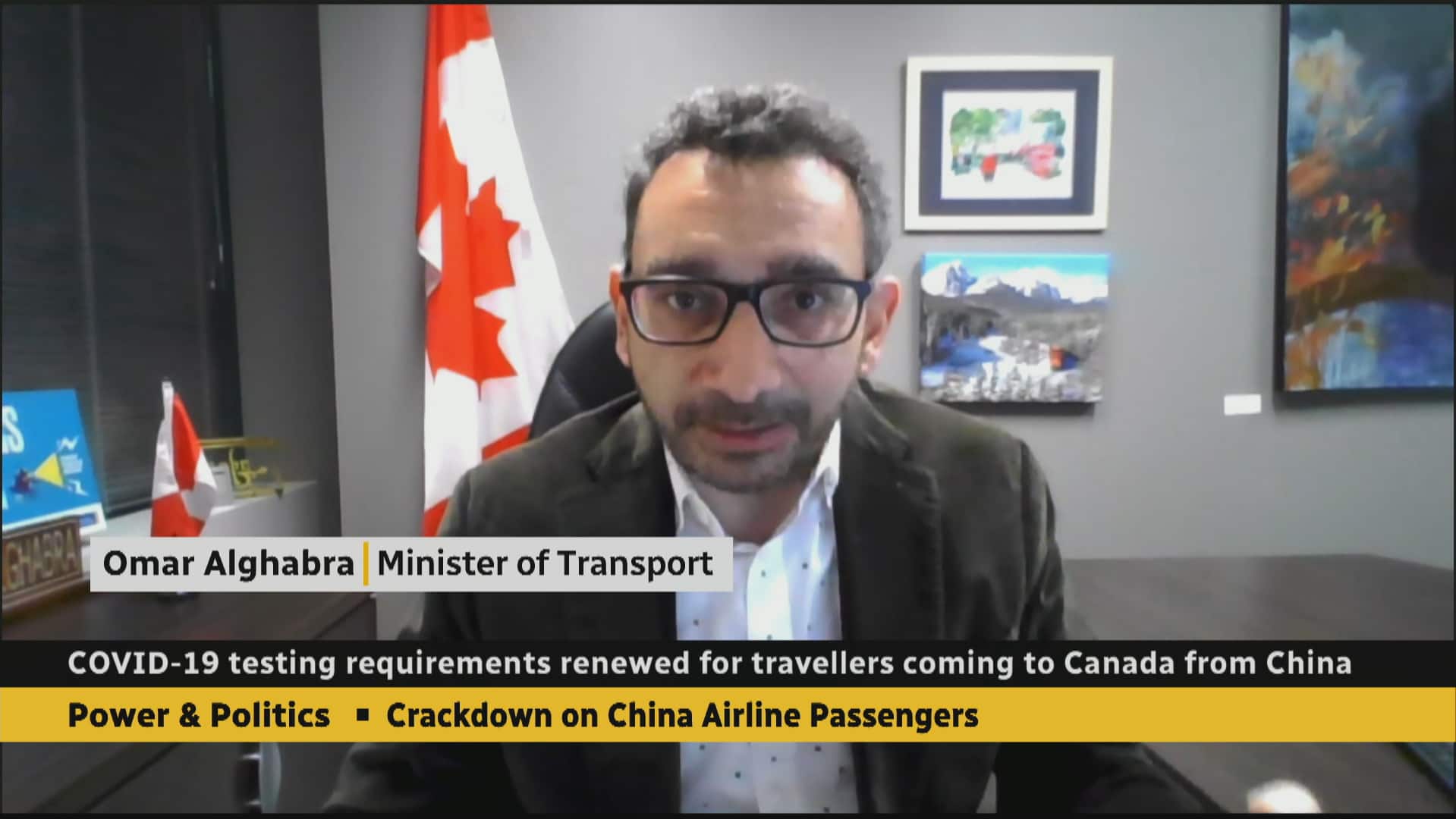 ‘It is the prudent thing to do’: Transport minister on COVID-testing for travellers from China

Pre-flight COVID-19 testing for travellers from China is “not the be-all and end-all,” Transport Minister Omar Alghabra said on Power & Politics Thursday, “but it does add a layer of protection.”

Alghabra told CBC News Network’s Power & Politics that the testing requirement is the “prudent thing to do.”

“Those measures work. There will always be some people who say, ‘Well, it’s not perfect,'” he told host Catherine Cullen. “But it does add a layer of protection.”

Specialists in infectious diseases and global health have told CBC News that the move will do little to keep new COVID cases out of Canada.

Dr. Fahad Razak, the former head of Ontario’s COVID advisory board, told CBC News Network on Wednesday that it makes little sense to impose testing requirements on just one country.

“Canada’s pre-departure testing pandemic policies were largely ineffective in identifying COVID-19 cases and preventing the spread of the virus and should no longer be imposed,” Morrison said in a media statement issued Thursday.

The Public Health Agency of Canada (PHAC) says the testing measure is being imposed in part because of the limited availability of epidemiological and other data coming out of China — a point that Alghabra echoed.

“At a time of lack of information coming out of China about their COVID situation … it is the prudent thing to do,” he said.

Alghabra also said he would support imposing fines on Sunwing Airlines in response to the company’s holiday travel debacle.

Hundreds of travellers who used Sunwing to reach warm weather destinations over the holiday season found themselves stranded due to flight delays and cancellations. The airline attributed the delays to the major storm that struck much of Canada around Christmas.

Many passengers were stranded for days as Sunwing attempted to adjust its flights.

The Canadian Transportation Agency (CTA) is an independent, quasi-judicial body responsible for enforcing passengers rights and has the authority to fine airlines up to $25,000 if they don’t comply with regulations.

“If they [the CTA] choose to, I certainly will support them in doing their job,” he said.

CBC asked the CTA if it is considering fines against Sunwing, but did not receive a response by publication time. The agency has told CBC that it has levied only 25 fines since the new air passenger protections came into force in 2019.

Some passengers are calling for a class-action lawsuit against the airline.

Sunwing’s CEO Stephen Hunter and President Len Corrado issued an apology in an open letter on Thursday, and said the company is accepting eligible claims for compensation.

“We had clear failures in execution, particularly in responding to weather-related delays and the aftermath of severe weather disruptions,” the letter said.

“We would like to reassure our customers that we are committed to doing better and regaining their trust in the weeks and months ahead.”

Hundreds of rail passengers also ended up trapped on Via Rail trains running between Windsor, Ont., and Quebec City following the closure of a stretch of track on Christmas Day and Boxing Day.

The Conservatives and NDP are calling on Alghabra to testify before a Commons committee on the holiday travel mess.

The Conservative and New Democrat members of the House of Commons transport committee sent a letter to the committee’s chair on Wednesday requesting a meeting as soon as possible.

“It’s not enough for the Liberal minister to tweet that the situation was unacceptable,” NDP transport critic Taylor Bachrach said in a media statement on Wednesday.

“He’s the minister charged with overseeing Canada’s transportation system and has specific powers under legislation. If anyone can do something to protect passengers, it’s him. Canadians deserve to know what steps he took during the crisis and plans to take in the future to protect passengers.”

The chair of the committee, Liberal member of Parliament Peter Schiefke, tweeted Tuesday that he planned to call a meeting to address the travel chaos with the CEOs of Sunwing and VIA Rail.

Opposition MPs are requesting that any hearings also include a two-hour question-and-answer period with Alghabra. The transport minister told CBC he would appear if asked.

Standing committees usually meet on a previously adopted schedule or when called by the chair, but a meeting can be called at the written request of any four of its members.

In addition to Bachrach, the Conservative Party’s transport critic Mark Strahl signed the letter, as did the other three Conservatives on the committee.

The committee is scheduled to meet Monday to discuss seeking testimony from Alghabra and the CEOs.