Sask. man offers free house with a catch — it can’t stay in the farmyard where it is 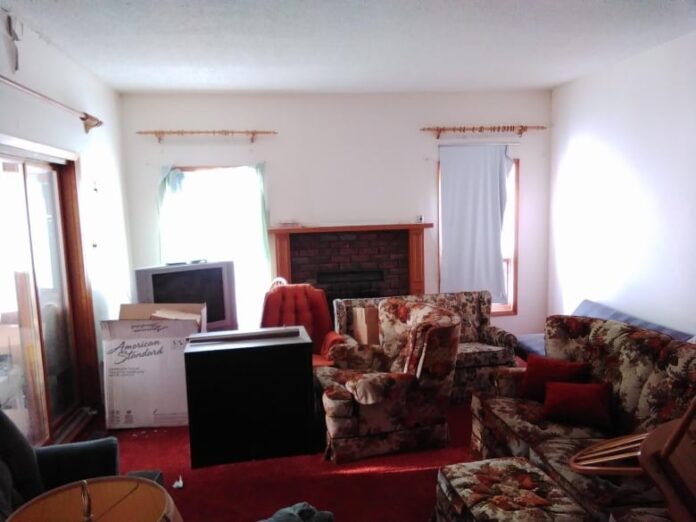 On a farmyard just west of Regina sits a small white house that might just be one of the best deals to hit the local real estate market in recent memory.

It’s free, but there’s a catch. Owner Dan Poissant will only give it to someone willing to move it off the property or dismantle it.

Forgotten in time and overlooked by the HGTV-fuelled DIY craze, the house’s rust-coloured carpeting, cream and wood-trimmed cupboards, and floral-print furniture put its last update somewhere around the 1970s or ’80s.

“Put this thing on a slab and with pretty minimal modification you’ve got a helluva workshop. Or small barn. Or storage for a creepy doll collection,” wrote Poissant in the Reddit post where he advertised the deal.

The house belonged to Poissant’s grandfather, who died 10 years ago.

After Poissant’s father died several weeks ago, the family decided to give the house away to someone who could use it or the materials its made of.

Poissant said the family doesn’t want the house to become another decrepit farm structure falling down and going to waste.

“It also is a responsibility to keep it upright and not a hazard on the farm,” Poissant told host Stefani Langenegger on CBC’s The Morning Edition. “Sometimes you have to be a little bit pragmatic about these things.”

The two-story, four-bedroom home is in pretty decent shape aside from the dated decor, Poissant said.

Poissant remembers many family Christmas, Easter and New Year’s Eve parties held in the home, but he said it no longer serves any purpose for his family.

Moving a home is relatively common, according to Garnet Lucyk, who’s been moving buildings around Saskatchewan for 47 years.

“I’m so booked up I’ve got half of this year already booked.”

Lucyk charges by the size of the building and how far its going. There’s also costs to deal with power lines.

Moving a house like this could reach $20,000, but that can still be an economical option, Lucyk said.

Lucyk said the process has become a bit more complicated, with the associated paperwork tripling during his years in business. However, power lines are higher than they used to be, which makes things easier, he said.

Lucyk, who once relocated Moose Jaw’s Mac the Moose to its current site, said he has moved houses as large as 740 square meters.

Poissant said in his post that he doesn’t mind if the building is torn down to re-purpose the material, but he does have one caveat.

“There’s probably no money in the walls. But if there is, honour-system splitsies?”

LISTEN | Poissant spoke with Stefani Langenegger about his offer on The Morning Edition:

The Morning Edition – Sask3:07Want a free house? We hear from the Saskatchewan owner about the one string attached

Want a free house? It might be old and need some TLC, but a Saskatchewan man has a farmhouse to give away if you’re game to move it. We’ll hear from him about that offer.