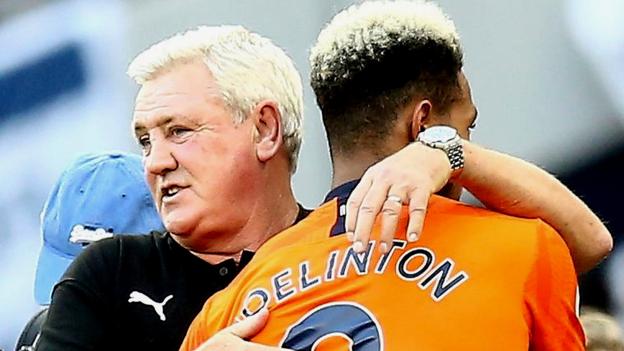 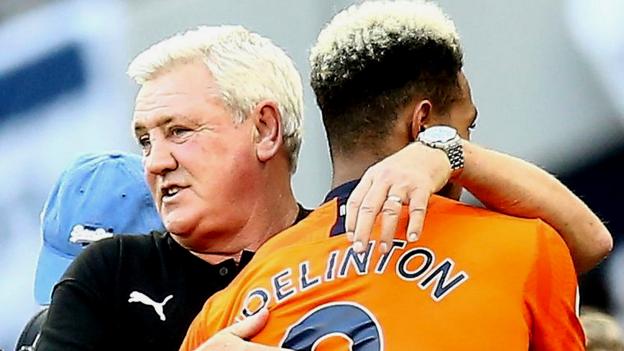 I hope Steve Bruce can do well at Newcastle. He is a friend of mine and if there is anyone I want to achieve success at the club, it is him.

After replacing Rafael Benitez in the summer, he started the season with two defeats – 1-0 against Arsenal on the opening day and last weekend’s 3-1 loss at newly promoted Norwich. Those results will have hurt him.

But you have the chance to respond on the pitch and he and his players did that in the perfect way at Tottenham on Sunday.

‘That victory will give everyone belief’

The 1-0 victory at the Tottenham Hotspur Stadium is a huge result for Steve because it has been a tough start for him. He has had two poor results, including one very poor performance. This will be massive for his confidence and for the players too.

They are back to winning ways, and not only got a result away from home but got one at Spurs. Not many people would have thought they could go there and win in the way they did and they thoroughly deserved it.

The set-up was spot on and the players seemed to be very happy with the style Bruce implemented. You could not fault their performance and it was 10/10 from all the players from the first minute until the last.

That was in contrast to last weekend when he said himself he was bitterly disappointed. As bad as last week’s performance was, this week was equally good.

The whole team deserves praise. It was totally the opposite to what we saw at Norwich. They were very well organised, disciplined and there were so many positives. There was no space for Spurs to exploit whatsoever.

We hope those are the signs of a team moving forward. It will give everyone belief for their upcoming games – in their next three matches they face Leicester in the Carabao Cup, bottom side Watford in the Premier League and then Liverpool.

Sunday was the day of unexpected sporting results.

I was every bit as nervous watching the cricket as I was watching Newcastle on Sunday. It was a long half an hour in both games and it was great to see England get their win against Australia to keep the Ashes alive.

I have never seen anything in cricket like the innings Ben Stokes produced at Headingley. I am not a huge cricket fan but I was gripped to that and seeing another north east lad do so well is great.

For Newcastle, their own surprise win came thanks to their 5-4-1 formation. It is only one game, but it worked to perfection. It would be surprising if we did not see that system again in the future. If they have one or two injuries that could change as Allan Saint-Maximin went off, but Christian Atsu came on and he was superb.

Jamaal Lascelles and Joelinton went off too, so the game against Leicester on Wednesday could be different as we wait to see who is fit and who is not.

In the Premier League it was a weekend for the goalscorers. Mohamed Salah grabbed two for Liverpool against Arsenal and so did Sergio Aguero for Manchester City against Bournemouth. But it was great to see the new boys getting off the mark, including Sebastien Haller at West Ham, Aston Villa’s Wesley and Joelinton for Newcastle.

The Brazilian’s performance was excellent against Spurs. He held the ball up well and brought his team-mates into the game and it was a very clinical finish for his first goal for the club since signing from Hoffenheim for a club record £40m fee.

As a goalscorer, you want to get off the mark and do it quickly. It is his third game but he took the goal very well and his overall performance was excellent. He played the role of a lone centre-forward really well and of the 23 passes he attempted, 95.7% reached a team-mate.

Paul Dummett was outstanding at the back and he was man of the match. Nothing got past him all game. This was highlighted by making 12 clearances in the game, more than any other player. There were so many impressive performances from Newcastle and Miguel Almiron was another who did well.

Ultimately, you always try to aim for better than how you did last season, when the Magpies finished 13th. That is what Steve will want to do.

He has also said he wants to take the cup competitions seriously, while also looking to survive in the Premier League.

Hopefully Newcastle can go on a good cup run, because it has been way too long since they did well in one of them.