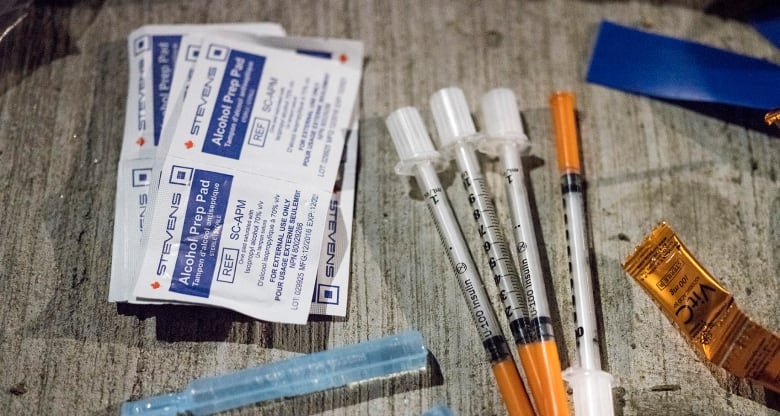 B.C.’s top health officer has recommended the province move urgently to decriminalize possession of illegal drugs for personal use, saying the years-long overdose crisis needs to be treated as a public health issue, not a criminal justice matter.

In a nearly 50-page report released Wednesday, Dr. Bonnie Henry gave an extensive overview of the policies the province has enacted to stop the overdose crisis since a public health emergency was declared in 2016, but stressed decriminalization is “a fundamental underpinning and (a) necessary” next step for the provincial response.

“We have worked very hard to address the crisis … but I believe it’s time for us to take this work one step further,” Henry told reporters at a news conference at the legislature in Victoria on Wednesday.

“The current criminal justice-based framework in B.C. and in Canada creates barriers to accessing treatment services. It keeps people at home, not talking about their drug use, using alone and dying,” the health officer continued. 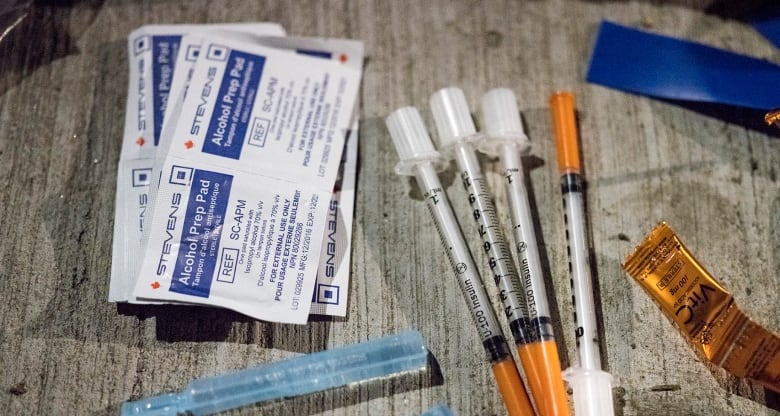 The report cites the more than 244,000 offences under the Controlled Drugs and Substances Act in B.C. between 2008 and 2017 — 81 per cent of which were for non-violent offences for simple possession. (Evan Mitsui/CBC)

As provincial health officer, Henry acts independently in creating her reports and making recommendations to government. She said the sole recommendation out of Wednesday’s report implores the province to look at decriminalization.

“Immediate provincial action is warranted, and I recommend that the Province of B.C. urgently move to decriminalize people who possess controlled substances for personal use,” the report reads.

Titled “Stopping the Harm: Decriminalization of People Who Use Drugs in B.C.,” the report’s publication comes almost three years after B.C. declared a public health emergency in response to the escalating overdose crisis.

Leslie McBain, whose only son died after an overdose in 2014 at the age of 25, also spoke at Wednesday’s conference on behalf of Moms Stop the Harm, a network for Canadian families who have lost loved ones to overdoses.

“People with substance use disorder have a disorder. They have a health condition,” McBain said. “[This report] is not the whole story … but it’s a big step.” 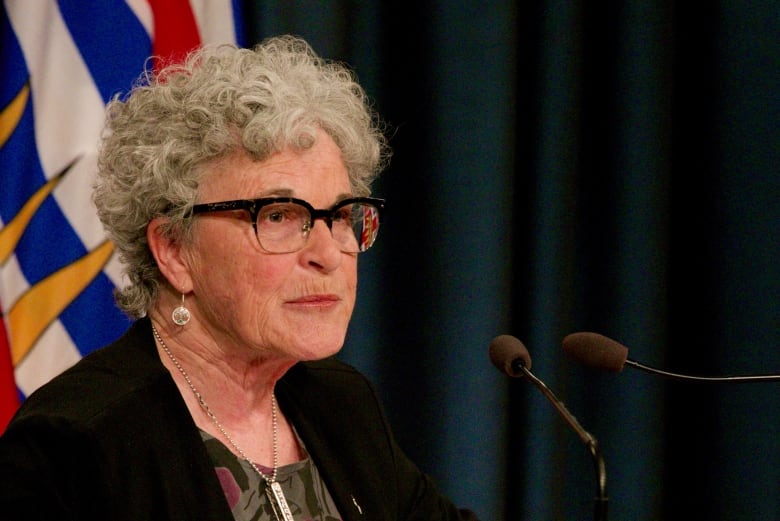 Leslie McBain co-founded Moms Stop the Harm in 2016, two years after her own son died of an accidental overdose. The network is made up of more than 900 Canadian families touched by overdose. (Mike McArthur/CBC)

The report cites two provincial mechanisms that could allow for de facto decriminalization of personal drug use.

The first would use the Police Act to allow the minister of public safety and solicitor general to “set broad provincial priorities with respect to people who use drugs.”

“This type of approach would provide pathways for police to link people to health and social services, and would support the use of administrative penalties rather than criminal charges for simple possession,” the report reads.

The second option, which also would use the Police Act, would add a provision preventing any member of a police force in B.C. from using resources for enforcement of simple possession offences.

“Given that the current regulatory regime is ineffective, harmful and stigmatizing, and in the absence of federal interest in moving away from criminalizing simple possession of controlled drugs, and as the overdose crisis continues, it is incumbent on the province of B.C. to act,” the report reads. 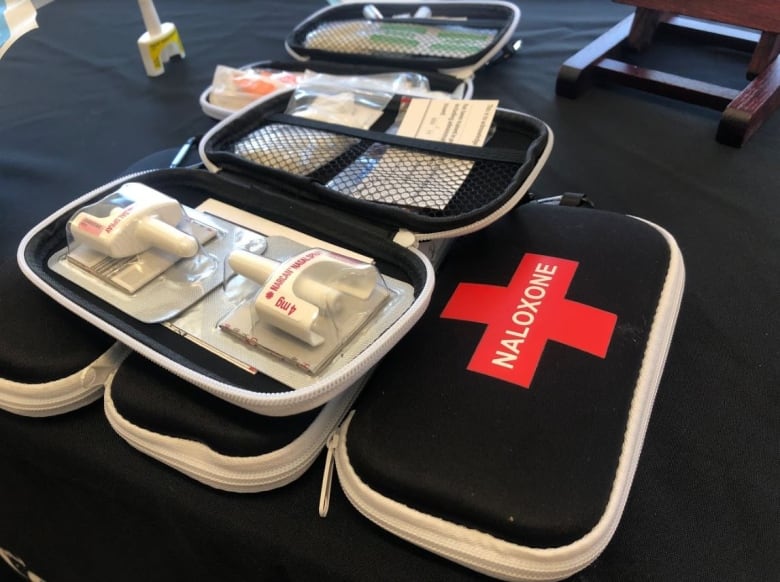 Naloxone injections can reverse the effects of an overdose from opioids including heroin and fentanyl. (Martha Dillman/CBC)

“I believe strongly that supporting people who use illicit street drugs is done through public health policy and not through the criminal justice system,” Manak said.

“Dr. Henry talked about looking at new pathways and new alternatives to the current situation and I couldn’t agree more.”

Taking stock of the crisis

The report runs through the policy options the province has taken since the start of the crisis, including:

It also paints a dire portrait of the toll the crisis has taken.

More than 3,700 people have died of preventable overdoses in B.C. since the public health emergency was declared three years ago, according to the report.

Overdose deaths have become the leading cause of unnatural death in B.C. since 2016. Last year, there were 4.5 times more overdose deaths than deaths from motor vehicle crashes.

The report also notes overdose deaths in the province have become so pervasive that they contributed to a measurable decrease in life expectancy for British Columbians.

“This is having an impact in our community, across the province, on our entire population,” Henry said.