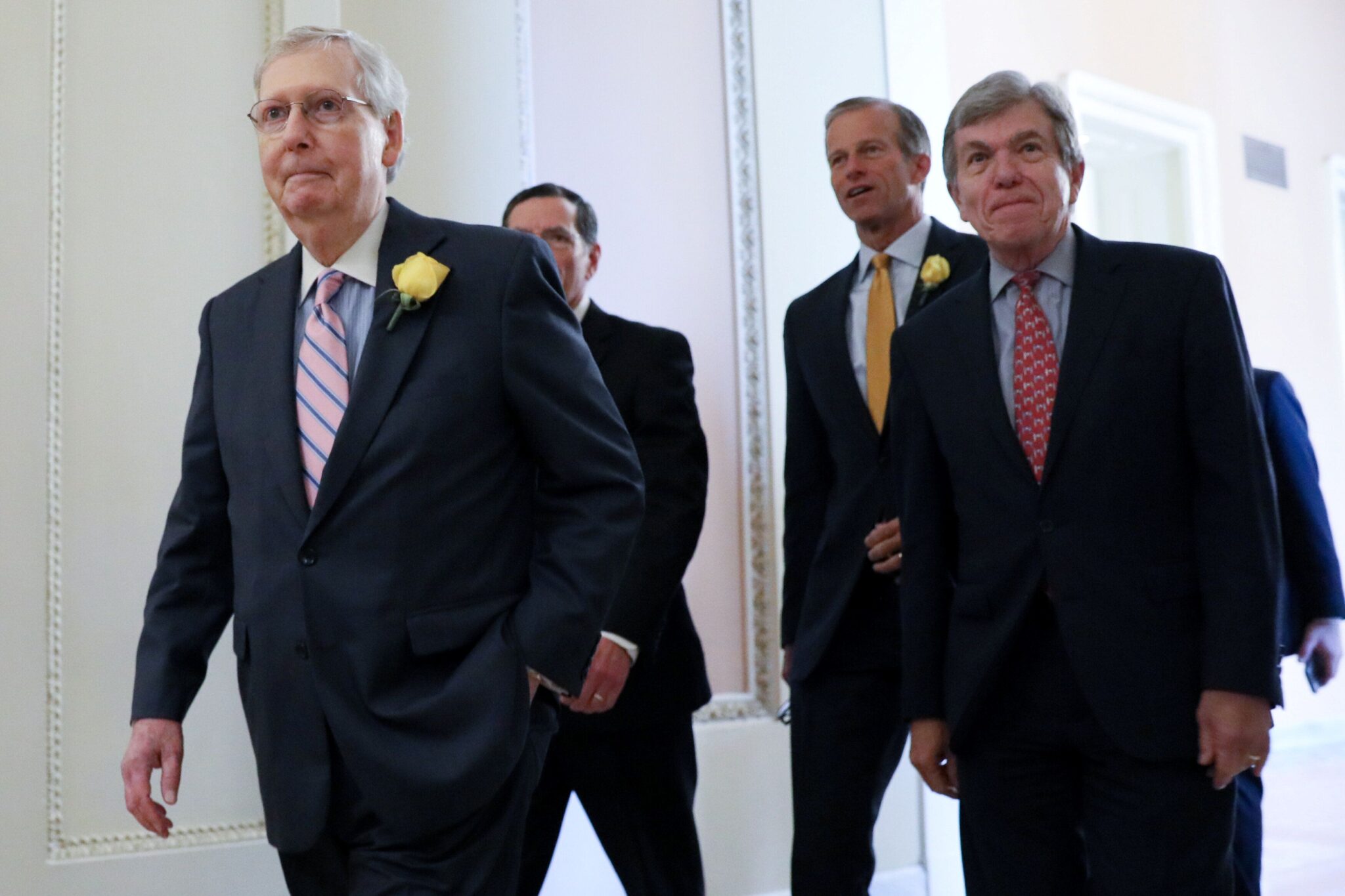 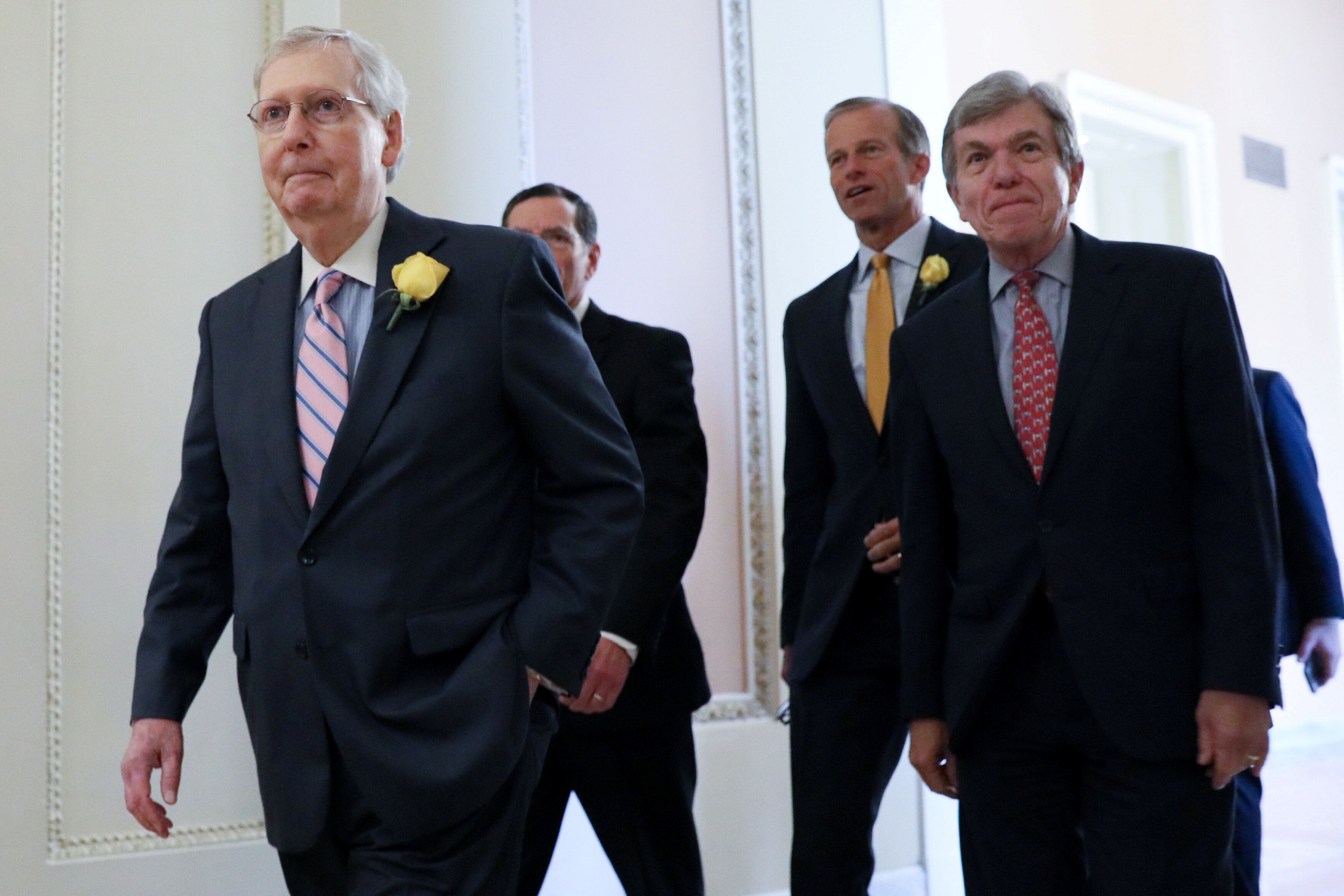 Top GOP Senator Says There Aren’t Enough Votes To Dismiss Impeachment Charges, President Donald Trump called over the weekend for an “outright dismissal” of the impeachment charges against him — but several Republican senators, including members of the party’s leadership, have dismissed Trump’s suggestion, saying there wouldn’t be enough support for such a measure.

Sen. Roy Blunt (R-Mo.), the fourth-ranking GOP senator, told reporters on Monday that “our members generally are not interested in a motion to dismiss,” The Washington Post reported.

Blunt added there “certainly aren’t” enough votes for such a motion, which would require 51 votes.

Many believe that by the Senate giving credence to a trial based on the no evidence, no crime, read the transcripts, “no pressure” Impeachment Hoax, rather than an outright dismissal, it gives the partisan Democrat Witch Hunt credibility that it otherwise does not have. I agree!

Republicans hold a 53-seat majority in the Senate, but several prominent GOP senators, including Mitt Romney of Utah, Susan Collins of Maine, Rob Portman of Ohio and Lamar Alexander of Tennessee, have expressed opposition to the idea of an immediate dismissal of the impeachment charges against Trump.

“I would vote against a motion to dismiss immediately. Absolutely,” Collins told reporters on Monday.

“We’re taking an oath to be impartial,” Alexander told The New York Times. “And that to me means we have a constitutional duty to hear the case, ask our questions and then decide whether we want additional evidence in terms of documents or witnesses.”

“I will not be supporting a motion to dismiss,” Romney tells reporters, per @BresPolitico. Says the Ukraine allegations are “serious and deserve to be given consideration” and that Trump team needs to make its case too

Senate Majority Leader Mitch McConnell (R-Ky.) and other top Republicans have indicated their preference for a vote of acquittal ― rather than dismissal ― as a way to more strongly vindicate the president, who has been impeached by the Democratic-led House on charges of abuse of power and obstruction of Congress.

Trump is only the third U.S. president to be impeached by the House of Representatives; the Senate is expected to launch a trial, as soon as this week, to determine whether to oust Trump from office based on the allegations.

“Our members … think both sides need to be heard,” Blunt said on Monday of the trial. “They believe the president needs to be heard, for the first time, in a fair setting.”

But, as The New York Times noted, Republicans have not tossed out the possibility that a vote to dismiss the impeachment charges could come later in the proceedings.

McConnell said last week that the Senate resolution dictating the rules and format of Trump’s impeachment trial would be “similar” to the one that governed President Bill Clinton’s 1999 trial.

In that earlier resolution, the then-Democratic-controlled Senate included a motion to dismiss the two impeachment charges against Clinton. The motion to dismiss in that case ― which came after opening arguments from both sides and questions from senators ― ultimately failed to pass. Clinton was acquitted a few weeks later.

Republicans are reportedly haggling over whether the dismissal clause should be included in the rules for Trump’s trial. Blunt and other GOP senators have suggested, however, that such a provision would likely be omitted from the resolution.

“I think the only reason it would be in there is if there’s just some argument for consistency,” Blunt said, per the Post.