Tiny home village for veterans opens in Calgary this week 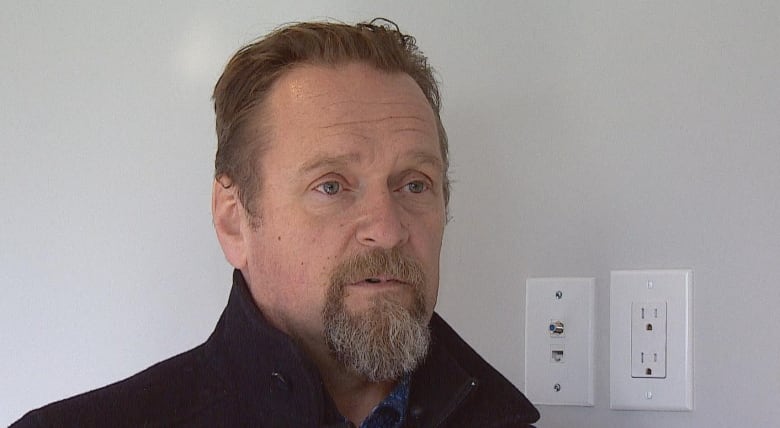 Fifteen neat little houses, with exteriors covered in wood and neutral paint, have sprung up in southeast Calgary.

The buildings will house veterans in need, part of a project led by the Homes for Heroes Foundation in collaboration with the Mustard Seed and ATCO.

Move-in day is this Friday, and 15 veterans who have served terms as far back as the Korean War and as recent as Afghanistan, will move in.

Each 275-square-feet house at 908 ATCO Village has complete amenities.

The Village is located in Forest Lawn in southeast Calgary, on the corner of 36th Street and Eighth Avenue S.E.

Residents in the village will also have access to individualized counselling and resources to connect them to other services.

The design of the village is meant to mirror how military barracks would be set up.

“A lot of [the veterans] are living on the street so the first thing we can do is give them a supportive housing environment to live in,” said Don Mcleod, a retired military police officer who works with the Mustard Seed to help council and support veterans.

“From there we are going to work toward independent living on their own one day.”

Mcleod, who will be offering onsite counseling to the veterans who live in the village, said many veterans struggle to adjust to life after serving.

“It’s not hard for them to end up on the street, some just don’t have the support they lost when they left the military and they don’t know how to access them,” he said.

Going from military service to everyday life can be a shock to the system, a completely different structure, Mcleod said.

That, on top of dealing with trauma from serving and a reluctance to seek out help can lead to serious issues like addictions and homelessness.

“They don’t feel that they are deserving of anything and the position they are in right now is their own fault and there’s nothing that can be done for them,” he said.

This housing alternative offers a solution for these individuals and necessary space for them to access support.

‘Together we are stronger’

The village is built across three lots and features a resource centre, community gardens and memorials.

Each home has a plaque outside the door, dedicated to fallen military personnel, in “recognition to those that gave the ultimate sacrifice,” said David Howard, president and co-founder of the foundation.

Howard has been involved in movements that support veterans for several years, and he alongside Calgary philanthropist and business owner Murray McCann led this initiative.

Howard’s grandfather was a Second World War veteran who suffered from PTSD, among other issues.

“What I saw is that someone who served our country he came back broken and we weren’t there to help,” said Howard.

Howard said he is encouraged by the city’s receptiveness to the project.

“Canadians are very passionate about helping those that served and this village is really a testament to that,” he said.

The land for the project was bought from the city by the Home for Heroes Foundation at a discount.

The foundation hopes to see similar housing like this built across the country. The land has already been acquired for the same sort of village in Edmonton.

Howard estimates each village costs anywhere from $3.5 to $5 million to create.

“Together we are stronger, together we can create a program and we believe this will be successful,” said Howard.