Tinubu-Tenure elongation: We fought hard for congress, we got it 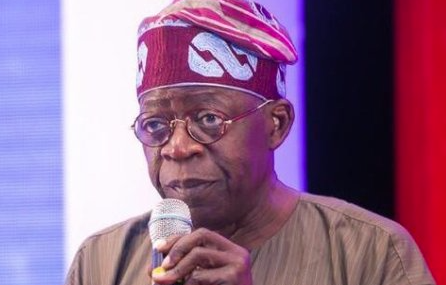 Tinubu-Tenure elongation: We fought hard for congress, we got it
lagos—As part of preparations towards 2019 general elections, All Progressives Congress, APC, National Leader, Senator Bola Tinubu, yesterday, said the party fought hard for the conduct of congress against all odds and got it for true party democracy. Bola Tinubu He also announced ban on members who had spent a minimum of eight years as ward, council and state executive members from seeking re-election in its congresses across the state and by extension to all APC- controlled states. The announcement came barely 24 hours after Tinubu congratulated his party for embarking on the congresses inspite of oppositions, saying: “It is the way to go in building and upholding a truly democratic political party.” Tinubu, who announced the ban at the party Secretariat of the Lagos chapter, at ACME Road, Ikeja, during a stakeholders meeting with leadership and members of the party ahead of the May Congress, stressed that the decision was arrived at to inject new blood, new ideals, new development into the executives at all levels. According to him, “The decision was to allow fresh people to occupy party offices at ward, local government and state levels with a view to taking the APC to the next level in the state.” Tinubu commended the 68-member National Convention Committee headed by Governor Abubakar Badaru, saying: “I congratulate the Chairman and members of the Congresses/Convention Committee of our party. Governor Abubakar Badaru of Jigawa State, who is the chairman of the committee, is a man reputed to be of high character and integrity. Working with other members of the committee, I’m persuaded that our party would conduct hitch-free congresses at all levels and the national convention. “I also congratulate our party for embarking on the congresses against all odds. This is the way to go if we are desirous of building and upholding a truly democratic political party. Our ultimate goal should be the greater interest of the party.” Tinubu, at the meeting which was well attended said: “We fought hard against tenure elongation and now we are going to have our congresses. You sent a message through our leader, Oluyole Olusi, on behalf of Lagos that we don’t want tenure elongation. Ever since, we have worked tirelessly. Now the council has agreed that there will be congress. Congress committee members have been inaugurated yesterday (Monday) with Governor Badaru of Jigawa as the chairman.”
Share
Facebook
Twitter
WhatsApp
Pinterest
Linkedin
ReddIt
Email
Print
Tumblr
Telegram
Mix
VK
Digg
LINE
Viber
Naver
Previous articleBen Bruce reacts to Dino Melaye’s faceoff with police, says ”if the PDP had been this brutal, I wonder where the APC would have been”
Next articleDino Melaye’s recall process suffers major setback as petitioners refuse to turn out for INEC verification