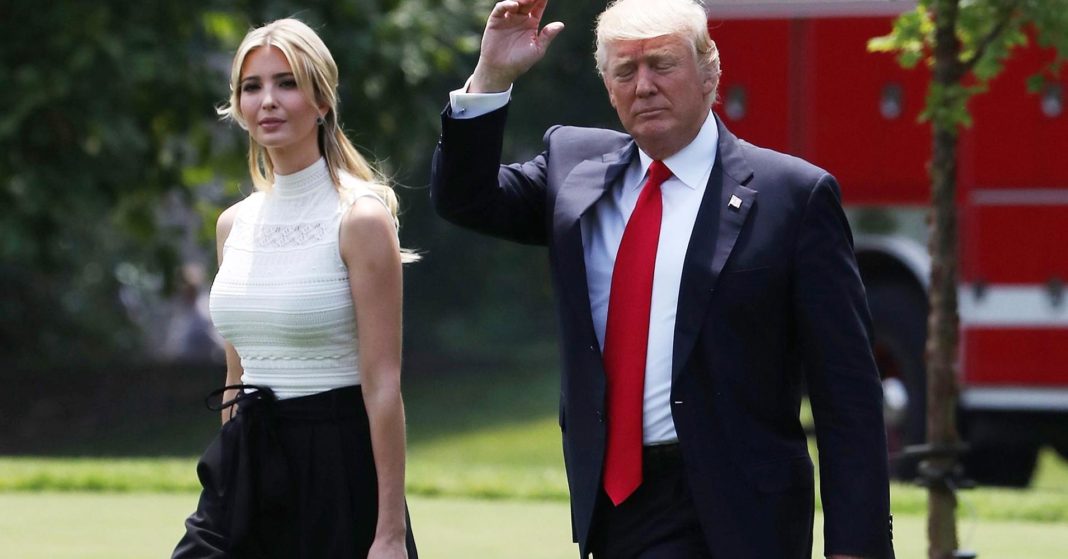 Chinese trademarks issued to Ivanka Trump’s fashion brand in May are raising questions over whether the first daughter is receiving special treatment from a foreign government or is simply the victim of bad timing.

The Chinese government awarded Ivanka Trump’s fashion brand seven new trademarks, according to online records, just as President Donald Trump pledged to revive Chinese telecom giant ZTE. The trademarks, for items such as baby blankets, bamboo crafts and coffins, include products that the brand sells as well as items that it seeks to prevent others from selling with Trump branding.

On Friday, the Trump administration reportedly told Congress it had reached a deal with the Chinese government to lift a ban preventing ZTE from buying American goods if it paid a penalty for violating American sanctions on North Korea and Iran.

Critics say the timing of the approval raises questions about potential ethical violations.

“As a White House adviser, Ivanka has represented the United States at multiple diplomatic events despite the potential conflicts her business interests present,” Citizens for Responsibility and Ethics in Washington (CREW), a nonprofit good governance organization, wrote in its report on the trademarks.

Critics have also seized on the announcement, also in May, that a Chinese company will be building a theme park in Indonesia featuring Trump-branded properties such as a hotel and 18-hole golf course.

The president’s daughter, who was hired as a White House advisor shortly after the president took office, continues to receive profits from her brand despite stepping down from her leadership role in the organization, according to CREW. She does not receive a government salary.

Watchdogs have criticized President Trump for bringing his family into the administration, as well as their decision not to completely disentangle from their sprawling businesses.

“Trump and his family are in the unique position to profit directly from his public service,” according OpenSecrets, a nonpartisan watchdog that tracks money in politics.

The president has denied that there are any conflicts of interest. An Office of Legal Counsel memo last year, issued in response to questions about Ivanka Trump’s husband and senior White House advisor Jared Kushner, said the White House is exempt from anti-nepotism laws.

Experts have said the trademarks may have been expedited because of Trump’s popularity in the country, though it is not clear that the pace of approval is unusual. The applications for the trademarks were made more than a year ago, in early 2017, according to online records. Trump joined the White House a day after the applications were filed, though it had already been reported that she would move into a West Wing office.

In a statement, Abigail Klem, the president of the Ivanka Trump brand, said the trademarks were filed in the “normal course of business.”

“The brand has filed, updated, and rigorously protected its international trademarks over the past several years in the normal course of business, especially in regions where trademark infringement is rampant,” she said. “We have recently seen a surge in trademark filings by unrelated third parties trying to capitalize on the name and it is our responsibility to diligently protect our trademark.”

It is not the first time that Ivanka Trump’s clothing line has raised concerns among critics. Last summer, the Associated Press reported that Trump received three trademarks on the same day that she dined with Chinese President Xi Jinping at Mar-a-Lago, the president’s Florida resort.

Trump’s brand has also faced criticism over its overseas manufacturing. The vast majority of Ivanka-branded clothing shipped to the U.S. since election day has been made in Asia, according to a NBC News analysis.

The White House did not respond to a request for comment from CNBC.