This PSW’s Nigerian family can’t enter Canada, even though his body lies in a GTA funeral home 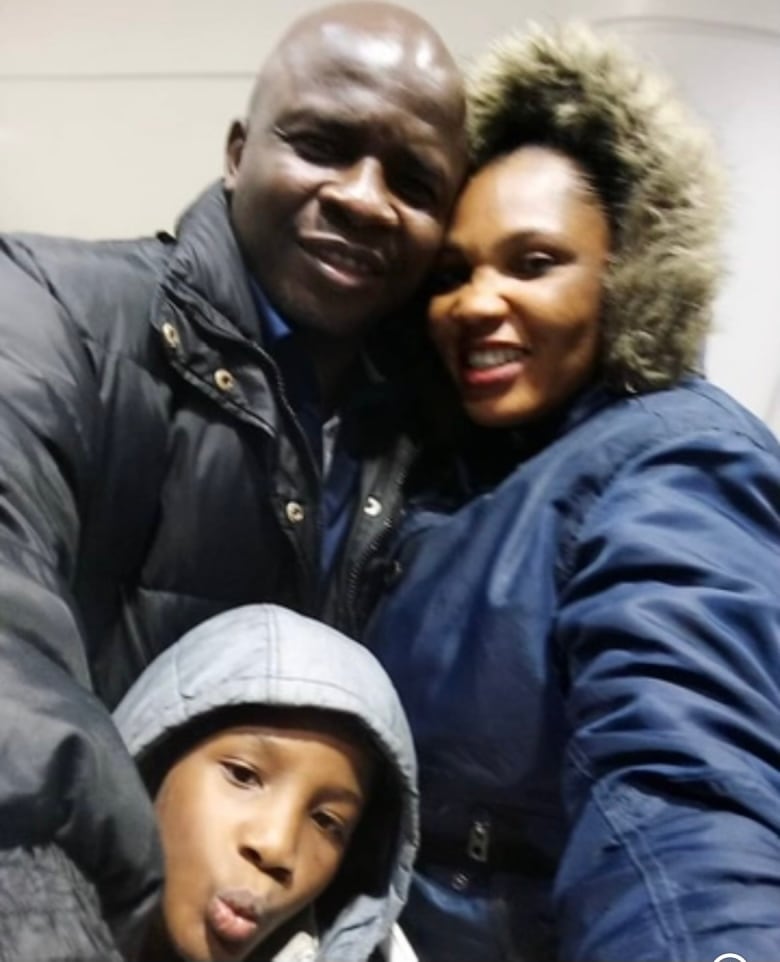 More than eight months after a support worker at a Toronto-area group home drowned on the job, his body remains at a funeral home and his family in Nigeria still can’t enter Canada to say a final goodbye.

The sudden death of Ashiru Sarafa Awoyemi, 50, has left his wife and four children grief-stricken with unanswered questions and no way to get into Canada for even a visit, his wife Awanat Oluwatoyin Ashiru said in an email to CBC News.

According to their Islamic beliefs, she said, her husband should have been buried soon after his death, but their inability to come to Canada has prevented that.

“Being [in Canada would] make an impact in our life because this is where he struggled and died in a mysterious and painful way,” she wrote.

Ashiru, 50, was working at New Leaf: Living and Learning Together, a group home for people with intellectual disabilities, developmental delays and mental health problems, located in East Gwillimbury about 56 kilometres north of Toronto. On Feb. 12, he drove a resident to a nearby site for a walk in the forest and to go swimming, a Ministry of Labour inspector later wrote in a field visit report.

York Region Police found his body at the bottom of the pool that afternoon, another Ministry of Labour inspection report said. Despite the home’s policy that a supervisor must be present at all times, he’d been alone with the resident and couldn’t swim, his family told CBC News.

Police and the Ministry of Labour told CBC News their investigations continue. New Leaf, which did not respond to a request from CBC News for comment, was ordered in March to educate its workers about its pool policy and stop using the pool until the investigation is complete.

The Ontario Ministry of Children, Community and Social Services, which oversees homes like New Leaf. said after a “thorough review” that it determined the company is “complying with the province’s expectations and standards and is able to deliver expected services.”

‘He doesn’t want anyone else to suffer’

In the weeks after his death, workers at New Leaf and their union, SEIU, pointed to dangerous conditions and staffing shortages at the home. At his online memorial in March, they described him as always smiling and laughing and a good, selfless leader who greeted residents before COVID-19 with a hug, and then with an elbow bump after the pandemic began.

Ashiru had originally come to Canada three years ago as a refugee and was in the process of getting permanent residency for not only himself but his wife and kids, too.

“They are very talented children,” his sister Sola Salami said in a Zoom interview from Sagamu, Nigeria. “That’s why he wanted them to achieve a better life. He loved his family and children.”

She said she had implored Ashiru to take time off during the pandemic, but he insisted on continuing to work so he could provide for his family. Ashiru contracted and recovered from COVID-19, and then went back to work. She said he died trying to satisfy the demands of his superiors.

“He’s full of compassion,” Salami said. He’s the type of person who thinks of others before himself and wants to help. He doesn’t want anyone else to suffer”

But attempts to expedite the family’s permanent residency applications after Ashiru’s death have been futile, said Dov Maierovitz, their immigration lawyer in Toronto.

He took on their case when he learned of Ashiru’s death, recognizing that navigating Canada’s immigration system on their own would be “almost impossible,” especially during the pandemic, he said.

He helped them apply for visitor visas through Immigration, Refugee and Citizenship Canada (IRCC) that would allow them to briefly enter the country and lay Ashiru to rest. The federal ministry’s website estimates processing time to be about 162 days

Eight months later, no progress has been made, a frustrated Maierovitz said.

“[The application] is still lingering at the visa office,” he said. “There’s no further recourse. I don’t know what to do to try to get this family here.”

IRCC spokesperson Jelena Jenko told CBC News she could not comment on the family’s situation specifically, and did not answer questions about the visitor visa process.

“We are saddened by the tragic event and send our most heartfelt condolences to the family,” she said.

Ashiru’s wife Awant has struggled to care for their children, she said in a Zoom interview through an interpreter. Without his income, she can no longer pay for them to go to school. And her hopes to give them a “beautiful” and “peaceful” life in Canada have died.

“Everything has stopped,” said Awant, crying.

Ashiru’s daughter Zainab Omoseke Ashiru, 21, said without his financial support she can’t continue her master’s degree to become a nurse.

“His whole plan was for us to come over there, and for us to continue our education and for everything to be fine,” she said.

“My dad is gone but I don’t want my education to be gone also.”