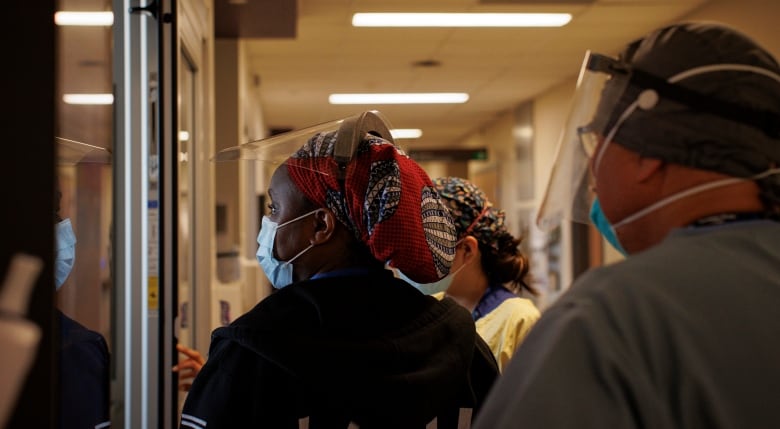 As staff at Humber River Hospital in Toronto struggle to save COVID-19 patients who are heaving for breath, these health care workers can barely catch their own. Omicron’s staggering spread is putting a crushing load on hospitals that were already under immense strain, and on their exhausted staff.

The ICU at Humber River Hospital is operating at over capacity during this wave and has remained full throughout most of the pandemic.

Working on the brink of collapse has become a new normal for health care workers, and it is forcing hospitals to take a hard look at how to cope with this wave — and any that may be still to come. CBC’s The National visited the hospital, where front-line workers described the pressures they’re under, and said lessons have to be learned and real changes must come from this crisis.

Nurse Kimisha Marshall oversees a team of health care workers who are proning a COVID patient. Turning a patient onto their stomach allows their lungs to expand and take in more desperately needed air.

Proning is a daily practice in Humber River Hospital’s ICU and requires at least half a dozen staff each time — once to prone patients, and again several hours later to reposition them.

Marshall says it’s exhausting work, and it feels endless because if a patient dies or as soon as one recovers enough to leave the ICU, another comes in.

Chronic staff shortages at Humber River Hospital have gone from bad to worse in the past two years. Omicron’s high infection rate means more doctors and nurses are calling in sick, too.

ICU nurse Ashley De Lumen says as health care workers fall ill, the load gets heavier for those still working. With up to four nurses off at a time since Omicron hit, the hardest part is managing more ICU patients in any given shift, she says.

Some ICU patients are vaccinated but still vulnerable, including those who are immunocompromised. Meanwhile, most patients are unvaccinated, and unlike earlier in the pandemic, De Lumen says vaccines could have prevented many ICU admissions in this latest wave.

De Lumen says treating unvaccinated patients in the ICU can feel like an exercise in futility and frustration.

WATCH | Nurse Ashley De Lumen talks about feeling frustrated that a vaccination might have helped some patients avoid the ICU: 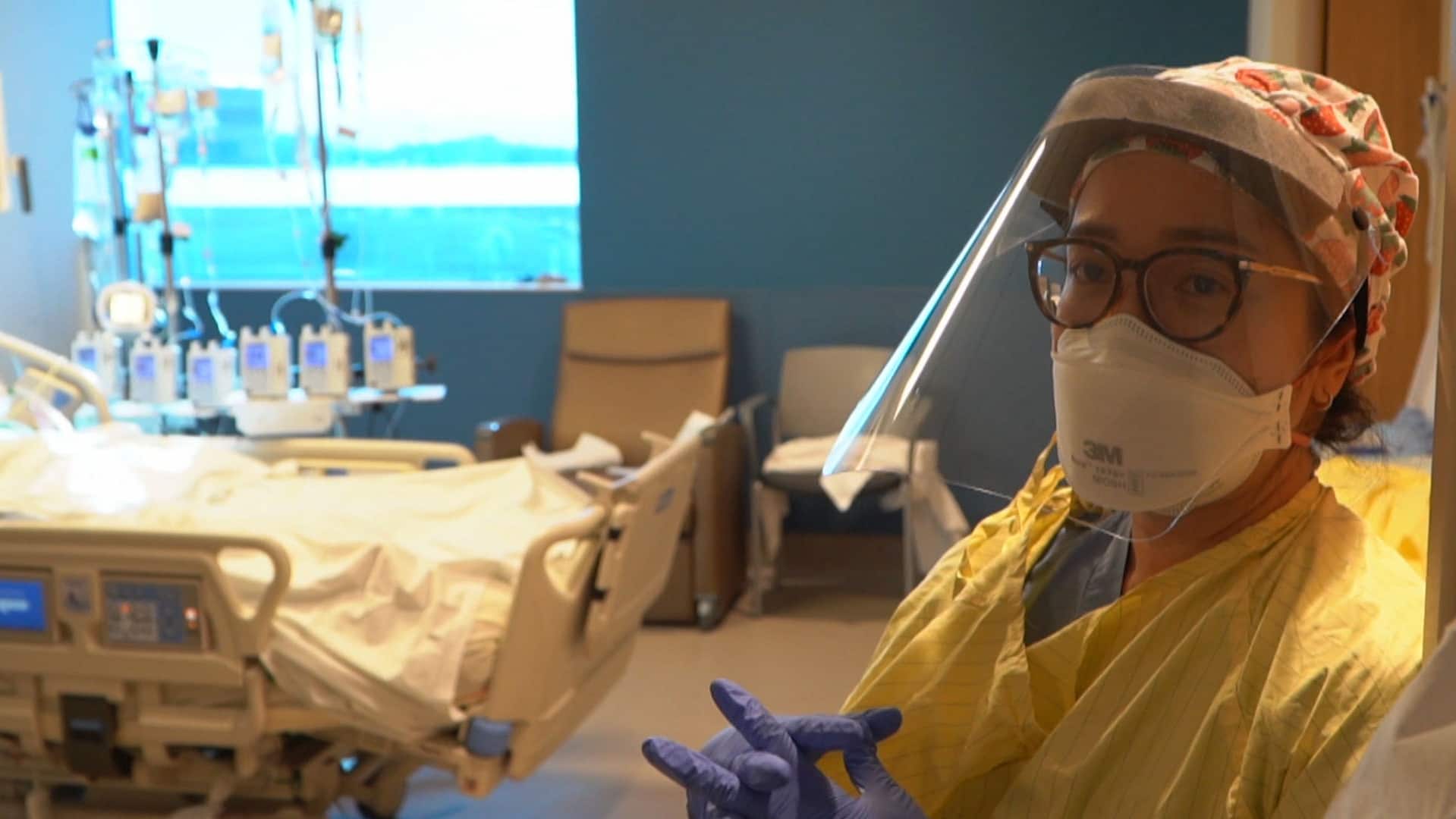 Nurse Ashley De Lumen, a nurse at Toronto’s Humber River Hospital, talks about the frustration that accompanies aspects of her work in the ICU. 0:19

Hospitalizations and deaths are lagging indicators of the impact of a pandemic. Those numbers tend to rise well after infections are transmitted. That means even as case numbers in the community stabilize, any reprieve in hospitals is expected weeks later.

In the meantime, there is resentment from some front-line health workers who say so much care has been taken away from those who need it. Surgeries and other critical interventions are being delayed as hospitals deal with a constant wave of admissions that could have been smaller if more people were vaccinated.

While Omicron is infecting those who are immunized, overall in Ontario the rates of hospitalization are higher among unvaccinated individuals and severe illness is a much higher risk for older unvaccinated adults.

Humber River ICU social worker Paula Abramczyk says those who still refuse to get vaccinated are making selfish choices, because their decisions contribute unnecessarily to the constant burden on hospitals and their staff.

WATCH | Paula Abramczyk outlines how ICU patients with COVID-19 are affecting treatment for others with urgent health needs: 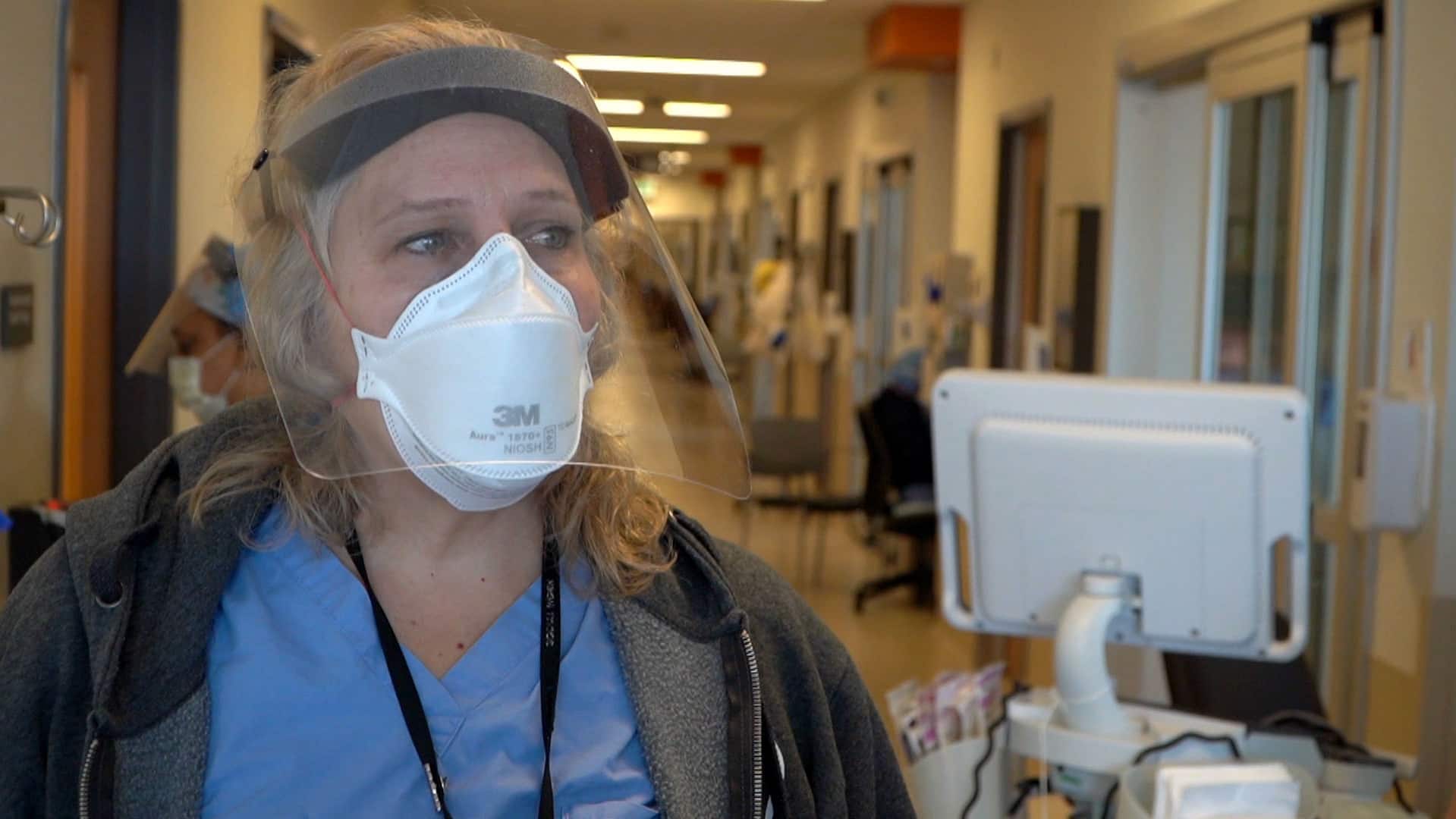 Paula Abramczyk on how being unvaccinated can affect others

Humber River Hospital ICU social worker Paula Abramczyk discusses how unvaccinated COVID-19 patients in her Toronto intensive care unit are contributing to delays for others in need of surgeries and treatment. 0:21

There are bright spots outside of the ICU at Humber River Hospital, but not enough of them.

On the day CBC News visited, Emilio Perrone, 74, was getting ready to head home after more than two weeks in hospital with COVID-19, including several days in the ICU.

Nurse Julie Bourque is happy he’s leaving, but says it’s hard to let go of all the trauma and death she’s witnessed in the past two years. 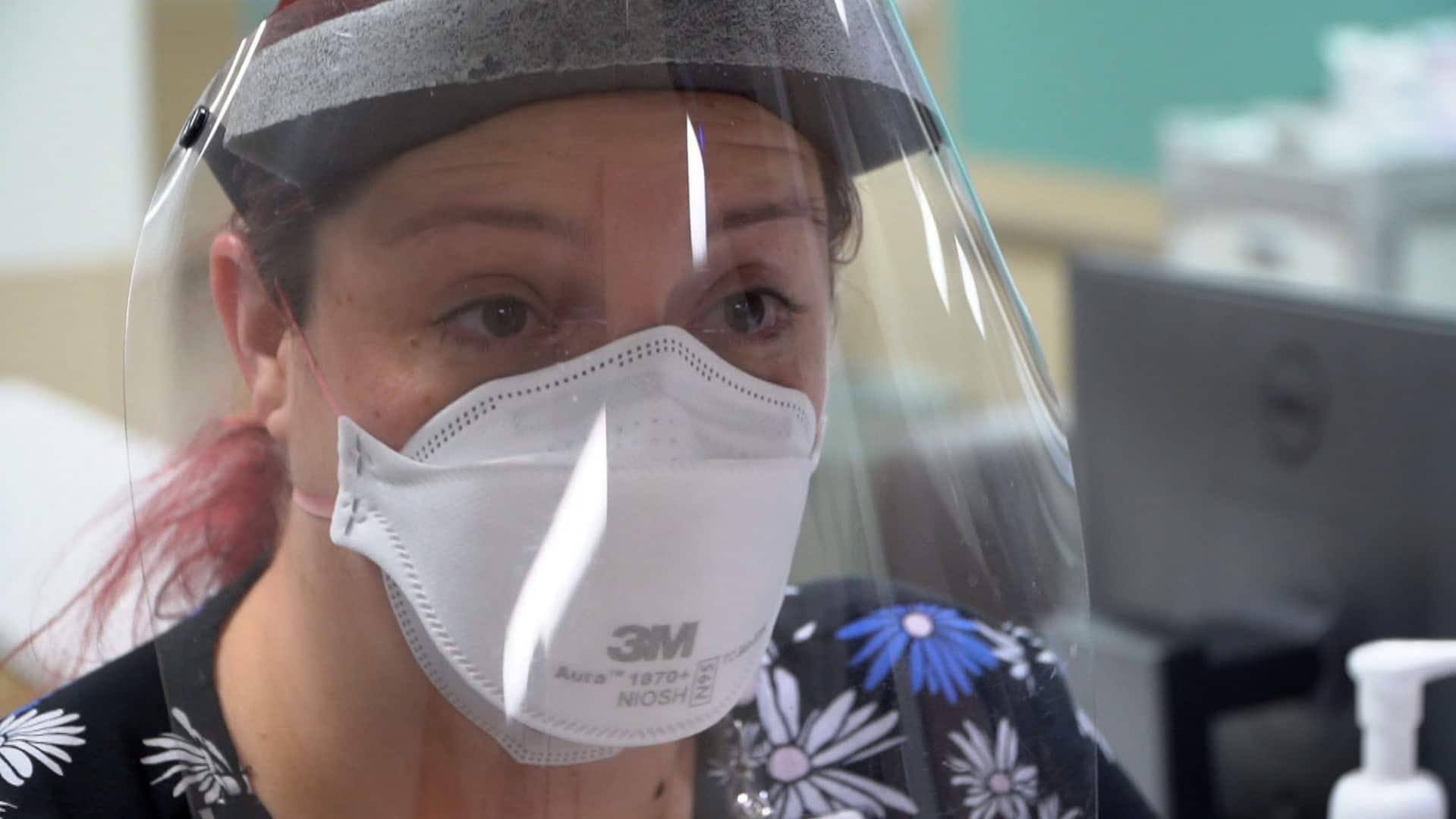 ICU nurse Julie Bourque on the mental trauma of COVID

Humber River Hospital nurse Julie Bourque discusses the struggles that ICU staff must cope with, including the trauma of seeing so much death connected with COVID-19. 0:31

Staff at Humber River Hospital say they rely on each other to get through the dark moments.

They also turn to mental health support provided by the hospital, including online counselling resources as well as unit huddles to express gratitude and support to staff.

Dr. Sanjay Manocha is a physician in the Department of Critical Care at Humber River Hospital. He says COVID-19 has made working in a crisis mode the new normal, but he also sees lessons being learned that could help improve care after the pandemic ends.

Ontario’s COVID-19 critical-care command centre has facilitated the transfer of ICU patients when needed and allowed the system as a whole to manage patient case loads more efficiently, for example. It’s a practice he says should continue in the future to lessen the load on individual hospitals.

“The ability to move patients from one hospital to another to allow them to continue their care and also allow the local hospital to manage with the influx of patients has been tremendous,” Dr. Manocha said.

“I think maintaining that and expanding that role to allow us to treat the system as a whole, rather than each individual hospital managing on their own, I think that that needs to be done. And that means that they [the changes] likely extend beyond ICU even to other aspects of care for our patients, and maybe even during times of non-surge, just to distribute the loads that hospitals are facing to allow patients to get efficient and timely care.”

Dr. Tasleem Nimjee  is an emergency doctor leading Humber’s COVID-19 emergency response, and is the hospital’s chief medical innovation officer. She says fatigue has taken its toll over the past two years, but she is optimistic COVID-19’s challenges will lead to reform in the health care system.

She says disruptive changes, such as more robust community- and remote-care, could lessen the chronic burden on hospitals, making the next crisis less catastrophic.

Watch full episodes of The National on CBC Gem, the CBC’s streaming service.