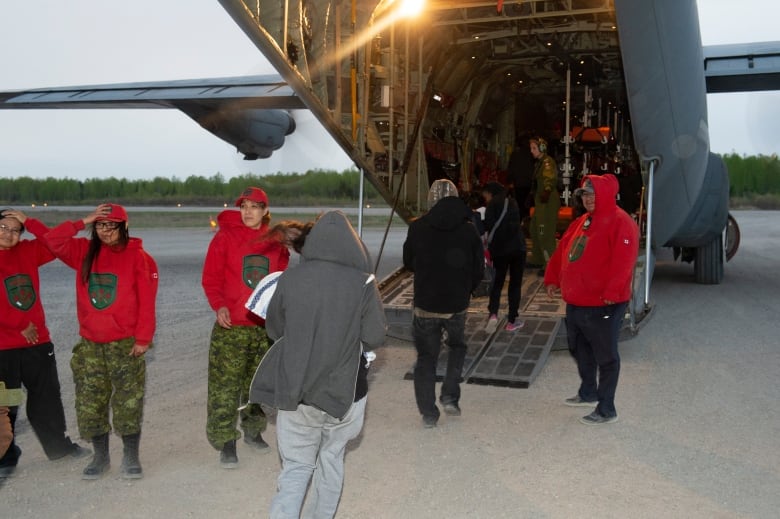 Members of Pikangikum First Nation arrive in Thunder Bay on Thursday after being flown out of their home community by the Canadian Armed Forces. Pikangikum is being evacuated due to a forest fire burning close to the community. (Dan Bard/Supplied)

The evacuation of Pikangikum First Nation will continue Saturday as a 3,600-hectare forest fire burns just kilometres from the fly-in community.

Nishnawbe Aski Nation (NAN) Deputy Grand Chief Derek Fox said more than 800 people have already left Pikangikum; they’ve been taken to other northwestern Ontario communities, including Thunder Bay. Some of those are being flown out on Canadian Armed Forces aircraft.

Others have been able to use the community’s emergency exit route, which involves taking a half-hour boat ride through Taxi Bay, which offers access to Nungesser Road and Red Lake, Fox said.

“There’s an escape route there,” he said. “But there’s still concern with the smoke and the fire compromising that.”

About 3,800 people live in Pikangikum. Sol Mamakwa, MPP for Kiiwetinoong, the riding that includes Pikangikum, has said more than 1,000 of those are considered vulnerable. 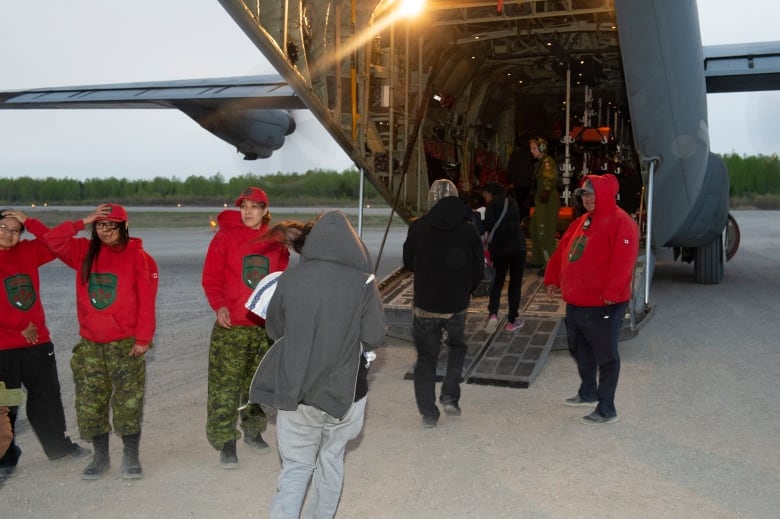 Fox said Saturday the evacuations will continue as long as needed.

“The plan today is just to keep going until everyone’s out,” he said.

Ministry of Natural Resources and Forestry (MNRF) fire fighters, meanwhile, are in the area battling the fire, which is known as Red Lake Fire 14 and as of Saturday morning was burning about 2.5 kilometres from Pikangikum’s airport.

Currently, the fire is burning to the east and south of Pikangikum, and has grown in size — on Friday, the MNRF listed its size as being about 3,000 hectares.

“It’s growing mostly to the south and to the east of the community,” Marchand said. “Winds are expected to be moderate [Saturday] from a north-northwesterly direction, and that’s generally pushing the fire away from the community, and also helping to push out some of the smoke that has been a problem over the last few days.”

Marchand said sprinklers have been set up to protect infrastructure and homes to the south of the fire, and in Pikangikum itself.

The fire is listed as not under control, and Marchand said the cause is under investigation.

Fox said Pikangikum Chief Amanda Sainnawap has told him “there is smoke emerging in new places.”

“A possible site is their winter road, so they’re a bit worried about that,” Fox said. “The firefighters are working really hard to ensure that no homes are lost, and that the fire stays at a distance.”

“If anyone can just try to put themselves in their shoes for a second, you think about the level of anxiety and fear,” Fox said. “You’re thinking ‘am I going to lose my life, or am I going to lose my home? Will my home still be here when I get back? When do we get out of here?'” 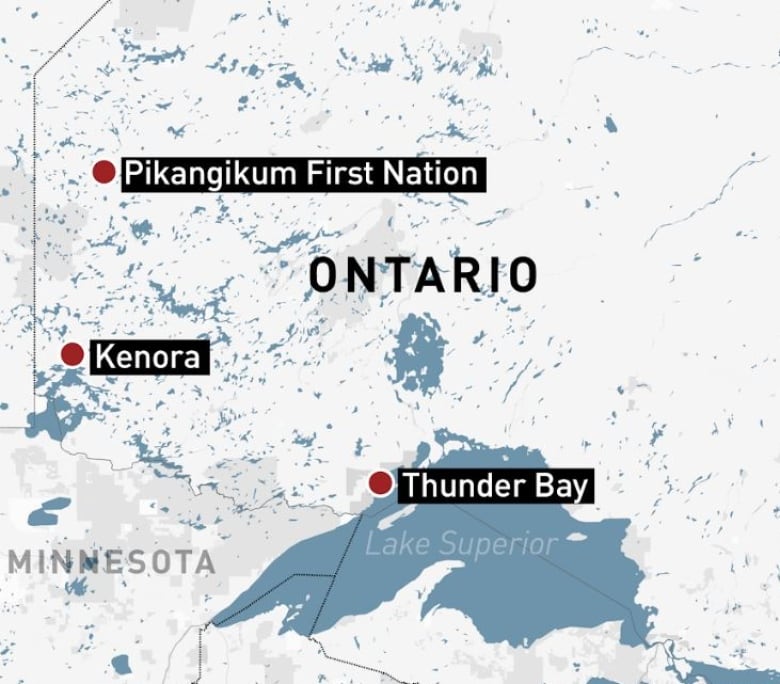 The fly-in community of Pikangikum First Nation is located approximately 500 km northwest of Thunder Bay. A forest fire that started 5 km away is now 2.5 km from the community. (CBC / Submitted)

“I really feel bad for them that they’re in this situation.”

“We’re not expecting any more,” Hay said. “We don’t know whether we’ll be asked to take any more at this time, but we don’t have any more capacity at the moment.”

The fire has also burned through the area’s broadband communications line. Pikangikum has lost all local phone service and internet access.

NAN said Bell Canada is working with MNRF fire crews to get access to the area and make repairs.