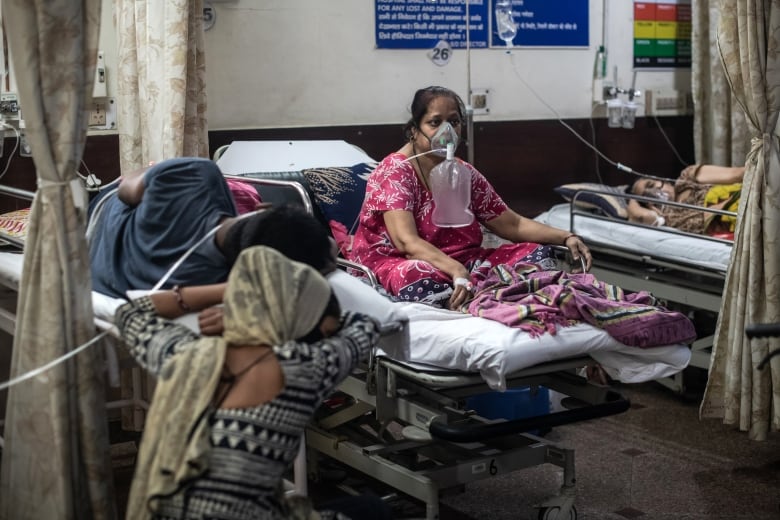 As India grapples with a deadly surge in COVID-19 cases, many South Asians in the Toronto area are rallying together to help.

“Our heart is broken to see the images on the television of what is happening in India,” said Steve Gupta, founder of the non-profit Gupta Family Foundation which, in an effort to alleviate mounting pressure for badly needed equipment, purchased and shipped 300 oxygen concentrators to India.

Gupta said Friday’s shipment will likely be the first of many.

“As soon as this shipment reaches India, we’ll start on the next shipment,” Gupta said.

India on Friday reported a new daily record of 414,188 confirmed COVID-19 cases and 3,915 additional deaths. The official daily death count has stayed over 3,000 for the past 10 days.

That brings the total to more than 21.4 million COVID-19 infections and over 234,000 deaths. Experts say even those dramatic tolls aren’t reflecting the real counts, which are likely higher.

Canada is sending medical supplies to help India’s hospital system, including 25,000 vials of the antiviral drug remdesivir and up to 350 ventilators.

But thousands are already waiting for hospital beds and oxygen. Among other desperately needed supplies: antibiotics, oxygen generators and ventilators.

Dr. Budhendra Doobay, a surgeon, helped raise money for the equipment. He’s also trying to ship about $25,000 worth of medications that his colleagues in India say are much needed — but shipping drugs has proven far more difficult.

“Because of the drug regulations that they have between here and India it’s very difficult, but we’re trying,” he said.

Gupta says if he and his team can save a few lives, it helps him cope with the grief.

“We can’t solve the problem for all of India, for all of those who are suffering, but at least we can do our little bit,” he said.

Like Gupta, Dr. Tanaya Chatterjee has been grappling with feeling helpless as the virus wreaks havoc on her home country.

“I started feeling an immense amount of guilt. And with that, I felt angry, frustrated,” she said.

The Toronto psychologist is helping patients cope with similar feelings while managing her own.

Toronto psychologist Tanaya Chatterjee has had to watch as COVID-19 has wreaked havoc on India, her home country. Now, she’s helping patients cope with their feelings of grief, guilt and heartbreak — while managing her own. Jessica Ng has her story. 2:15

Chatterjee’s father, Pronab, who lives in India along with the rest of her family, has a weakened heart and other conditions. Her sister broke the news early last week that he had tested positive for COVID-19.

Her sister went to several hospitals, begging the staff to admit her father. The sixth hospital had a spot for him.

But Chatterjee’s sister and mother have since also tested positive.

Chatterjee says she had to take the next day off after hearing the news.

To help others deal with similar feelings, Chatterjee says she first helps her patients determine whether what they are feeing stems from anger or fear.

“We have this thing where we hide and when we are hiding it’s almost like I am not acknowledging within myself that I am hurting,” Chatterjee said.

But she says the pain also reflects love — and a desire to help.

“It’s it’s a good thing that we feel angry, frustrated, helpless. It means that we care.”