There are three branches of government, and two are in distress 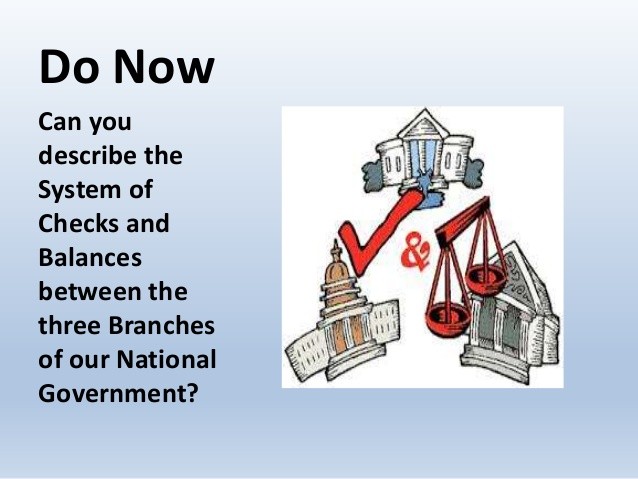 There are three branches of government, and two of them are in serious distress. What once passed for governing and leadership has become a spectacle of disservice by people who call themselves public servants.

The dramatic collapse of Republican efforts to change the Affordable Care Act provides Congress an opportunity to repair itself by returning to something approaching bipartisan lawmaking. It won’t be easily accomplished.

The executive branch appears headed for even more turbulence. Just ask Anthony Scaramucci, the swaggering newly named White House communications director. The White House today is a feuding, conniving band of officials vying for the affection of President Trump, who seems to encourage, even revel in, the chaos around him.

Washington hasn’t been working for some time. The breakdown began years ago. Republicans often complained about highhanded tactics when Democrats controlled the Senate. White Houses are rarely perfectly run, and staff rivalries are not uncommon. The dysfunction in Washington is one reason Trump was elected. But in the past six months, things have turned even worse, with the breakdown reaching new depths this week.

Until Sen. John McCain (R-Ariz.) cast the decisive vote on the bill for a so-called skinny repeal of the ACA, the Senate was operating under procedures never seen before on a piece of major legislation. Legislating is never pretty — certain passage of the Affordable Care Act was not — but there are norms usually respected by both sides. In recent weeks, those norms went out the window as Republicans struggled to fulfill a seven-year promise that is as internally divisive as it is elusive.

The effort was transparently cynical as Republicans grasped at anything that might collect the 50 votes needed to keep alive what has proven to be their futile hopes of getting rid of Obamacare. The measure that arrived from the House was dead on arrival in the Senate. Nothing cooked up behind closed doors under Senate Majority Leader Mitch McConnell (R-Ky.) worked, either.

In desperation, the Republican leaders turned to a vehicle that no serious member of Congress believed could work. Sen. Lindsey O. Graham (R-S.C.) correctly branded the skinny repeal earlier on Thursday for what it was. “The skinny bill as policy is a disaster,” he said. “The skinny bill as a replacement for Obamacare is a fraud.” Nonetheless, Graham voted for it, on the pretext that it would keep the effort alive.

[‘Wait for the show’: High drama and low voices in a long, weird night at the Capitol.]

McCain had joined Graham in warning about the skinny bill’s deficiencies, and when the time came, he acted on his words. He had drawn criticism Tuesday when he returned to the Senate for the first time after being diagnosed with brain cancer and cast the deciding vote to begin debate on the bill.

After that vote, McCain delivered an upbraiding to his colleagues about the breakdown of regular order in the Senate and the lack of a willingness to compromise. He was accused of hypocrisy, but when the vote truly counted early Friday morning, McCain defied his party with an “emperor has no clothes” thumbs-down that brought the repeal-and-replace movement crashing down of its own weight.

Congressional leaders are now left to pick up the pieces of a shattered and demoralizing process. What’s next no one can say. There will be angry words about the maverick from Arizona from some of his colleagues and from conservatives who have never trusted him. The president, who had dissed McCain in the early days of his candidacy in 2015, has now felt the sting of payback.

There will be much talk about the need to work on a bipartisan solution. Republicans will have to swallow their pride to make this work. Democrats will be put on the spot since they will have to actually do what they claimed they wanted by working with the other side. Meanwhile, the president began tweeting again, calling for a Senate rules change to allow a simple majority to do all the chamber’s business.

[Enough about McCain. It was Collins, Murkowski and red-state Democrats who killed Trumpcare.]

For seven years, Republicans have lived what turned out to be a fiction. They have many complaints about Obamacare. They have words that work in political ads and in their innumerable appearances before the cameras. But they have no solution. They may keep trying, but if they return to the scheming that got them to the moment of spectacular collapse early Friday, they will expose themselves once again to searing criticism.

At the other end of Pennsylvania Avenue, things are just as bad, with no obvious reset moment that’s now possible for Congress. Since Inauguration Day, the Trump administration has been rife with factionalism, built to be undisciplined by a president who lacks discipline. The boisterous arrival of Scaramucci, the New York financier and Trump loyalist, has managed in a single week to make things so much worse.

Scaramucci’s expletive-filled rant to the New Yorker’s Ryan Lizza took all the backroom maneuvering and senior-level backstabbing and put it on full public display. His attacks on White House Chief of Staff Reince Priebus and senior adviser Stephen K. Bannon left little room for reconciliation. His broader threats show a lack of true understanding of how government works.

Give credit to Lizza for his remarkable exposing of Scaramucci. Give credit also to his editors for setting aside normal restraint in journalism when it comes to vulgarities and obscenities. Scaramucci’s state of mind can only be understood by reading his actual words, both his profanity and his vengeful and at times ill-informed accusations against those with whom he is supposed to work.

Scaramucci tried to wash away his remarks by claiming that he sometimes uses “colorful” language and that he will try to do better. What he doesn’t understand is that it was more than the words themselves that shocked; it was the attitude and the posture he struck and has struck since being named to the White House staff.

Is he channeling the president in all this? It seems likely. Trump has railed about leaks, and Scaramucci has joined the fight, misunderstanding the difference between leaks of national security information and leaks about who’s having dinner with whom. It was his anger over a Lizza tweet revealing that Scaramucci had attended a dinner that included the president, FoxNews’s Sean Hannity and former Fox executive Bill Shine that set him off to call a reporter and hunt down the leakers.

The White House can’t continue to operate this way, at least not in the true interests of the country or even those of Trump’s core supporters. Officials can go through the motions. They can do routine business. They can arrange multiple meetings for the president with scores of outsiders. But they can’t do good or serious work in an atmosphere of distrust and chaos.

In just a week, the president has made it almost untenable for Attorney General Jeff Sessions to stay in the job, drawing concerns that Trump’s ultimate target is special counsel Robert Mueller. Scaramucci has created a rivalry with Priebus and Bannon that seems irreparable and unstable.

The problem extends to other parts of the executive branch. Interior Secretary Ryan Zinke threatened Republican Sens. Lisa Murkowski and Dan Sullivan of Alaska by implying that Murkowski’s vote not to proceed with debate on health care could jeopardize federal support for the state, according to the Alaska Dispatch News.

The State Department, by every account, is not functioning well under Secretary Rex Tillerson. The reaction to Trump’s transgender military ban shows that the relationship between the White House and the Defense Department is tense. Politico’s Susan Glasser reported that the national security apparatus under H.R. McMaster is not running smoothly and that Trump is not happy about it.

Congress will soon depart for the annual August recess. Trump and Republican lawmakers had hoped to arrive at the summer break with a record of accomplishment, at the least with a significant down payment on the promises of the 2016 campaign. Instead, they face the bleak prospect of knowing that they have failed on their signature pledge on health care and that other legislative business remains unfinished.

The president has kept one big promise, which was to disrupt the capital. But it has not worked out quite like he and the Republicans had expected.