‘The world is running out of water,’ says water expert from Six Nations, Ont. 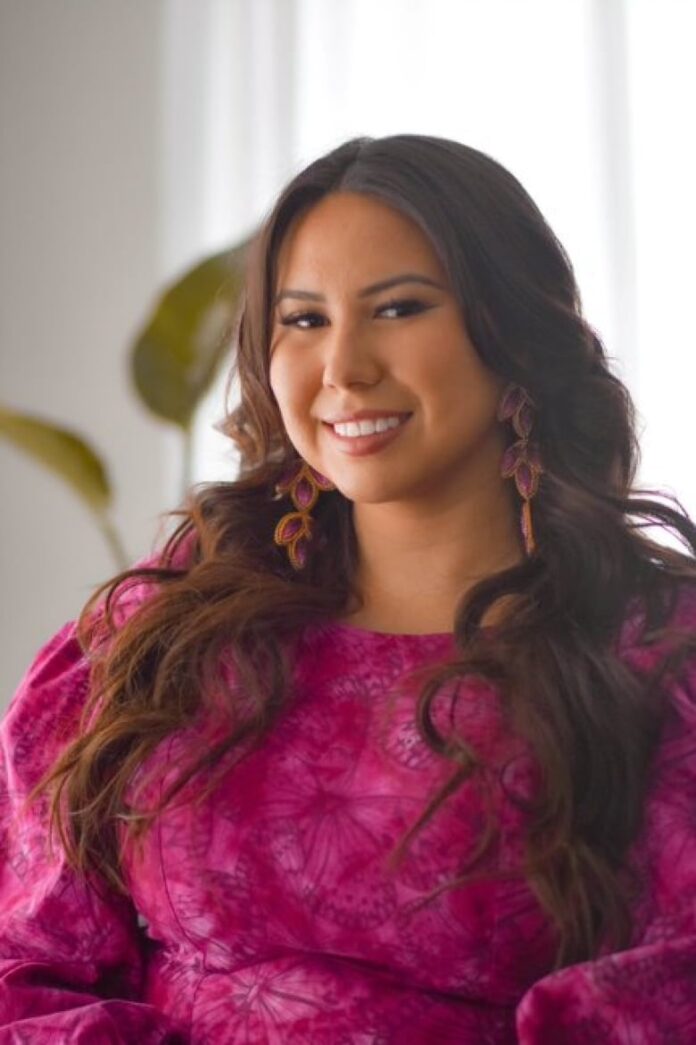 The world is “running out of water,” Makasa Looking Horse says, and if we don’t take action soon, it will be too late.

Looking Horse, from Six Nations of the Grand River in Ontario, is one of the hosts of the Ohneganos Ohnegahdę:gyo – Let’s Talk about Water podcast, which won a 2021 David Suzuki Foundation Future Ground Prize. The prize recognizes youth-led movements.

Looking Horse points to Aberfoyle, Ont., where BlueTriton Brands, Inc., an American beverage company based in Connecticut, has permits to take 3.6 million litres of water a day out of an aquifer there. BlueTriton is the new name of the giant corporation better known as Nestlé Waters North America. The name was changed to BlueTriton Brands in 2021.

She says “they’re making millions off our water and selling it. And the thing about aquifer waters that it takes six [thousand] to 10,000 years for that water to filter through the ground. We’ll never see that water within our lifetime again and that’s why it’s so important that we stop water extraction.”

The thing about aquifer waters that it takes six to 10,000 years for that water to filter through the ground. We’ll never see that water within our lifetime again.– Makasa Looking Horse

BlueTriton says, in a report from November 2021, that it has conducted “extensive testing and studies over the years to ensure that their operations do not diminish the availability of water for other users or the environment.”

The company says “permit conditions require BlueTriton to monitor the natural and pumping-related variations in groundwater and surface water levels.” The permit was renewed by the Ontario government in 2021 and runs until November 2026.

By 2025, 1.8 billion people will live with water scarcity: report

Looking Horse’s commitment to protecting water was passed down from her parents.

Her mother is Dawn Martin-Hill, one of the founders of the Indigenous studies program at McMaster University and the winner of the University of Oklahoma’s International Water Prize, for her commitment to improving water security for the people of the Six Nations of the Grand River.

Her father is Chief Arvol Looking Horse, 19th Keeper of the Sacred White Buffalo Calf Pipe. He was given the responsibility at age 12, the youngest keeper in history.

She says her path into activism and water sovereignty didn’t happen overnight. It was a long and encompassing journey full of passion for earth, prayer for water and everything on earth.

Similar to Looking Horse, the United Nations (UN) also has concerns about how much water humans can access.

According to a UN report, by 2025 1.8 billion people will be living in countries or regions with absolute water scarcity, and two thirds of the world’s population could be living under “water stressed conditions.”

Looking Horse has also learned from elder Gae Ho Hwako Norma Jacobs. Jacobs is from the Wolf clan in the Cayuga Nation of the Great Haudenosaunee Confederacy, a Longhouse Faith Keeper, and an adviser to the National Inquiry into Missing and Murdered Indigenous Women and Girls.

“I think its important for all of us to be supportive of the care of mother earth and the water and the air as they are all participants of our life,” Jacobs says.

‘This is only one example’

In June of 2019, Looking Horse hand delivered a cease and desist letter from the Haudenosaunee Confederacy Chiefs Council to Nestlé Waters in Aberfoyle.

In 2021, the council sent another letter to BlueTriton, after the company changed its name, saying “the majority of our people at Six Nations do not have access to clean drinking water… we declare your activities to remove [aquifer] waters under our territories unpermitted and demand that you cease your activity immediately.”

CBC News asked BlueTriton for a comment in response to the council’s demands, but did not hear back.

The fight for water sovereignty and for clean drinking water continues for Looking Horse.

“The urgency worldwide is huge because the world is running out of water. This is only one example of exploitative extraction by a big corporation. This doesn’t include all of the pollution and micro plastics that are living in waterways and systems across the globe,” she said.

“I’ve been praying for water and working with water for a very long time, and that’s where it started,” she said.

“You start to learn how valuable water is on a spiritual level, but also on a statistic level. The world is really in a water crisis. So, it’s in our culture to protect the water and have a responsibility.”