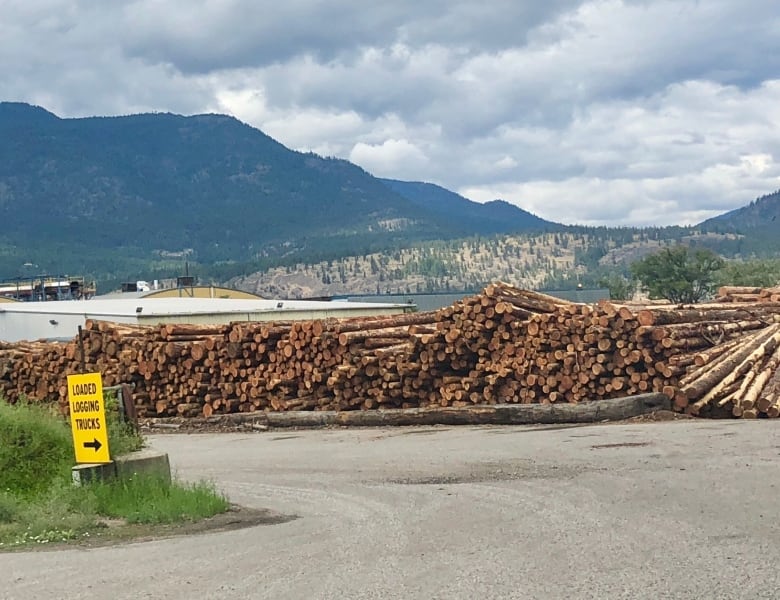 The entire supply chain that feeds the sawmills with logs has seen a reduction in work, says David Elston, executive director of the Truck Loggers Association. (Yvon Theriault/Radio-Canada)

The economic downturn in B.C.’s forest industry is being felt not only by the hundreds of mill workers who have been laid off or had a reduction in shifts, but also by forestry contractors, such as log truck drivers and independent timber harvesters, who rely on the mills to make money.

David Elston, executive director of The Truck Loggers Association, which represents forestry contractors across the province, predicts the industry will take a 25 per cent hit in the upcoming months which could lead to bankruptcies and more layoffs.

“The challenge is that there’s the entire supply chain that feeds that sawmill and that’s largely my membership, the logging contractor and their suppliers, that are working to maintain that supply chain when the sawmill does not need logs,” said Elston.

“There is no revenue for those businesses, because that’s what their job is — to deliver logs.”

Canfor announced last Friday that it is further reducing operations with the elimination of an entire shift at the Isle Pierre sawmill in Prince George starting Sept. 20, and an indefinite curtailment of work at its Mackenzie sawmill, adding to a growing list of more than 20 curtailments at mills across the province within the past few months.

Meanwhile, Fort St. James declared a state of local financial crisis last week, due to the closure and sale of the Conifex sawmill which left 226 people unemployed.

Mayor Bev Playfair said the closure has had a trickle down effect and has impacted the rest of the community.

As a result of mill closures, many of the members of the Truck Loggers Association have seen a reduction in the amount of work they’re getting and are struggling to keep their equipment going and retain employees, Elston told Daybreak North host Carolina de Ryk.

“They’ve just been scrambling to try and find other work essentially,” said Elston.

“The whole industry is shrinking … That means that some contractors will likely not be working here once we get through the storm.”

Timber supply has been an issue the industry has been facing for about 15 to 20 years, he said. However, it was hard to predict when it would all come to a head. 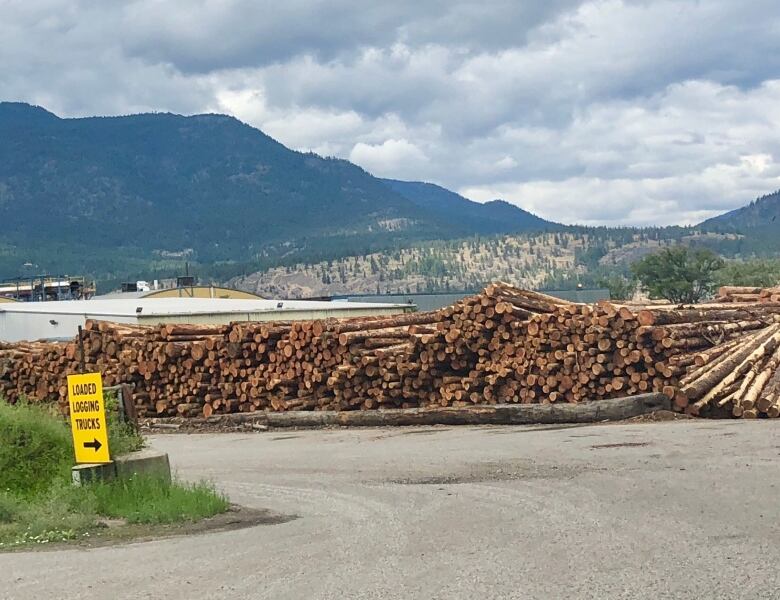 Kelowna, B.C. where Tolko Industries announced a reduction in shifts in May, as well as the closure of a mill in Quesnel. (Dominika Lirette/CBC)

“Hopefully, many of my members have been preparing and understanding that this would happen at some point.”

Some of the many factors impacting the forestry industry are the decimation of trees by the mountain pine beetle, as well as weaker markets in the U.S. and China.

“Sawmills are trying to curtail their production to reduce the amount of supply into the market to help strengthen lumber prices, but at the end of day the market does what it wants to do,” said Elston.

In the long term, the association is trying to help contractors by making sure they have some training advantages and training support for their workers when they come out of this.

“In the short term, gosh it’s a challenge,” said Elston.

“Some sort of immediate work may be helpful, and maybe some bridge financing, but there’s not a lot we can do in the short term because we actually don’t know how long the short term could be.”