The US and China may be nearing a trade deal. That won’t stop the global economic slowdown 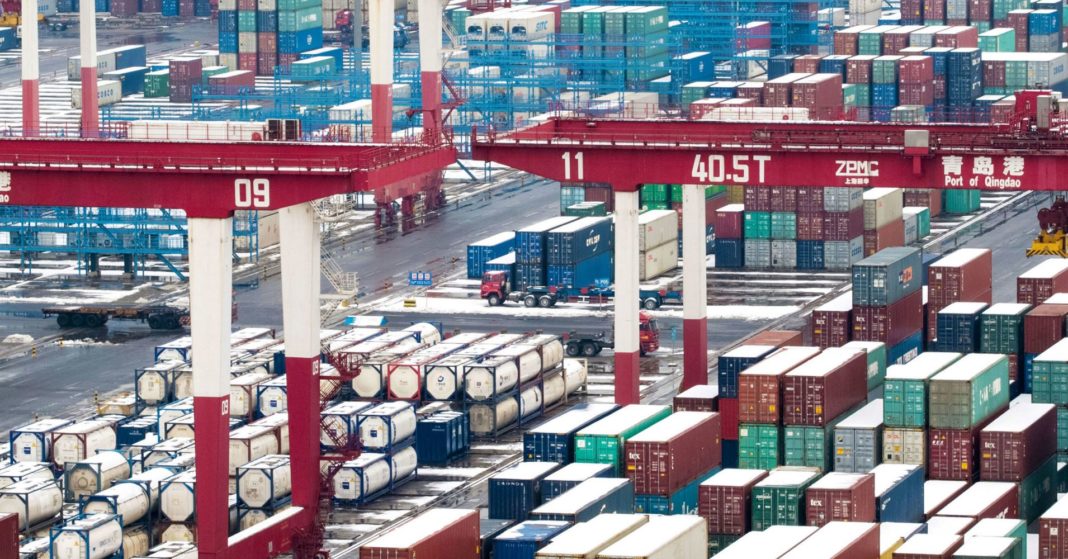 The U.S. and China appear to be close to ending a tariff fight that hurt financial markets and dented economic activity worldwide, but that’s not going to stop the slowdown already seen in the global economy, experts said on Monday.

U.S. President Donald Trump said on Twitter on Sunday that he would delay an increase in tariffs on Chinese goods that was initially planned for early-March. Washington and Beijing were locked in a tariff fight for months last year, but that battle was put on hold — for an initial 90 days — after Trump met Chinese President Xi Jinping in Argentina in December.

The American president also said he would meet Xi at his golf club in Mar-a-Lago, Florida, “to conclude an agreement” if “both sides make additional progress.” Trump didn’t announce a timeline for that meeting, but CNBC reported last week that the two countries were discussing holding a late-March summit.

Trump on Twitter: I am pleased to report that the U.S. has made substantial progress in our trade talks with China on important structural issues including intellectual property protection, technology transfer, agriculture, services, currency, and many other issues. As a result of these very……

Trump on Twitter: ….productive talks, I will be delaying the U.S. increase in tariffs now scheduled for March 1. Assuming both sides make additional progress, we will be planning a Summit for President Xi and myself, at Mar-a-Lago, to conclude an agreement. A very good weekend for U.S. & China!

Asian markets on Monday reacted positively to Trump’s announcement, but several experts pointed out that an easing in tensions between the two economic giants won’t stop a global slowdown that’s already happening.

“I think we need to take a little bit of a step back and take a look at the economic cycle,” Paul Kitney, chief equity strategist at Daiwa Capital Markets, told CNBC’s “Squawk Box” on Monday. “The shape of the cycle is one where we see moderation in growth in the United States this year … we see risks of a recession in the United States growing possibly as early as the middle of 2020.”

“The downturn is not going away” regardless of how positively current risks — including the U.S.-China trade war and the U.K.’s impending exit from the European Union — are resolved, Kitney said.

The International Monetary Fund in January projected the global economy would grow 3.5 percent this year, down from 3.7 percent in 2018.

Recent data have pointed to that slowdown materializing: A widely watched indicator of factory activity, the Purchasing Managers’ Index, showed weakness in major economies such as the U.S., China, Japan and Germany. In addition, several trade-oriented economies also reported softness in their import and export activities.

That downward momentum in the global economy will likely get worse — at least into the next quarter — “even if we do see a deal of some kind,” Sadiq Currimbhoy, global strategist and head of research at Maybank Kim Eng, told CNBC’s “Street Signs” on Monday.

Additional tariffs that were implemented during the tit-for-tat fight last year have not gone away. That’s one of the reasons why some strategists and analysts have refrained from cheering the latest trade development between the two largest economies in the world.

“Indeed, there is no reason to turn over-optimistic. We don’t expect the existing tariffs to be reduced any time soon,” Louis Kuijs, head of Asia economics at consultancy firm Oxford Economics, wrote in a Monday note. “It is also not clear whether there will be any significant reduction in other US restrictions in the area of technology or a change in its stance on Huawei.”

“In the short term, we will basically have the Chinese agreeing to buy some more products, some more soybeans, some more natural energy. The U.S. hopefully will scale back some of the protection measures,” Dutt told CNBC’s “Capital Connection” on Monday.

“At the same time, we have to keep in mind that the really core, critical thorny issues — which is to do with IP (intellectual property rights) protection, technology transfers, subsidies for the Chinese technological champions — those have not been addressed. So, the best we can hope for is that they will continue to talk about these into the future,” he added.