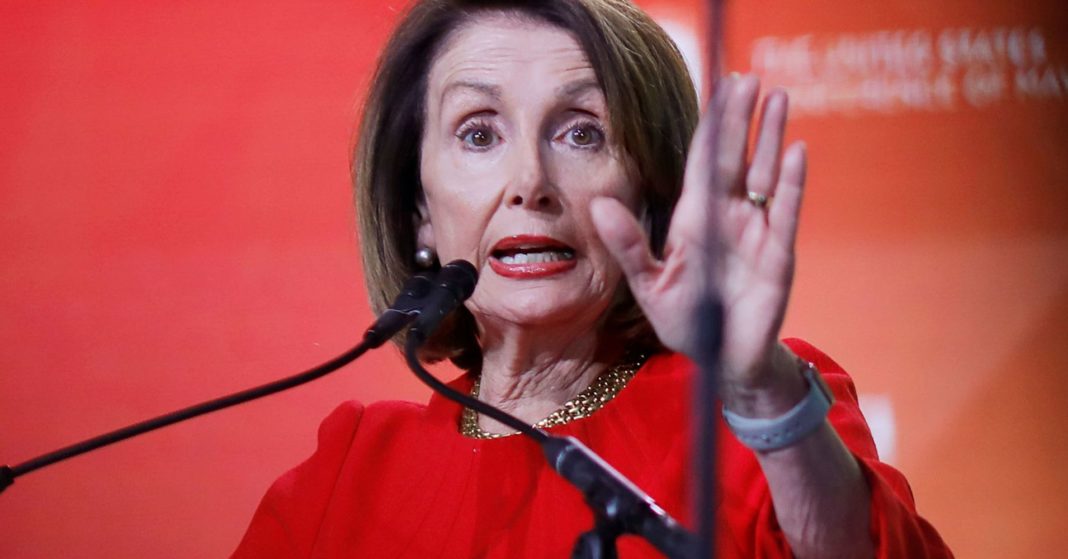 Rep. Joaquin Castro, D-Texas, introduced the measure to block Trump’s action, which he took last week to divert money to build his proposed border wall. Democrats have called the president’s move a power grab sparked by lawmakers denying him the funding he wanted to construct barriers between the U.S. and Mexico.

The Democratic-held House will “move swiftly to pass this bill,” House Speaker Nancy Pelosi wrote to Democratic lawmakers on Thursday. It appears to have the support needed to get through the House. Also Thursday, Castro said “we have 222 co-sponsors to terminate” the declaration, more than the 218 needed for a bill to pass.

The challenge for Democrats starts when the proposal goes to the GOP-held Senate. Several Republicans have showed concerns about the precedent set by Trump’s declaration. The resolution will put pressure on them to choose between acting on professed worries about expanded executive power, or backing a president with strong support among GOP voters.

At least one GOP senator — Susan Collins of Maine — will vote for a resolution to block the emergency declaration. To reach the majority needed for the measure to clear the Senate, the 47 Democrats in the chamber would then need only three more Republicans to join them. That could easily happen.

However, Trump has pledged to veto the legislation if it comes to his desk. The measure would then need veto-proof, two-thirds majorities of 290 and 67 votes in the House and Senate, respectively. Garnering that much support would prove much tougher, considering both House Minority Leader Kevin McCarthy, R-Calif., and Senate Majority Leader Mitch McConnell, R-Ky., have pledged to support Trump’s declaration.

The resolution extends the political and legal dispute over Trump’s campaign pledge to build a wall on the U.S.-Mexico border. In several recent lawsuits, including one filed by 16 U.S. states, groups have challenged the emergency declaration. Critics have questioned not only the president’s authority to take the step, but also whether migration over the border really constitutes a national emergency.

“All Members take an oath of office to support and defend the Constitution,” Pelosi wrote to colleagues this week. “The President’s decision to go outside the bounds of the law to try to get what he failed to achieve in the constitutional legislative process violates the Constitution and must be terminated.”

Opponents of the emergency declaration have partly pointed to Trump’s comments last week, when he said he “didn’t need to” take the action but would rather get money for the wall “much faster.”

Trump last week signed a spending bill into law to keep the government running through Sept. 30 and allocate $1.375 billion for building border barriers. Trump had pushed for $5.7 billion for a wall — a demand that led to a record 35-day partial government shutdown in December and January.

Stymied by Congress, Trump aims to use executive authority to construct the wall, using $8 billion total toward the barriers. The sum includes the funds appropriated by Congress, along with money he plans to divert from other departments through executive action.

He would not use only the emergency declaration. Trump plans to take separate executive actions to put $2.5 billion from the Department of Defense’s drug interdiction program and $600 million from the Treasury Department’s drug forfeiture fund toward the wall.

Through the emergency declaration, the president aims to divert $3.6 billion from the Pentagon’s military construction funds toward the wall.

Numerous Republicans have showed concerns about the president’s executive action. In particular, they have warned it would set a dangerous precedent that Democratic presidents can cite in the future.

Still, expressing worries and voting to block the measure are two different matters.

“The national emergency to me is not the preferred way to go,” Sen. Rob Portman, R-Ohio, told CNBC on Tuesday, without saying whether he would support the House resolution.