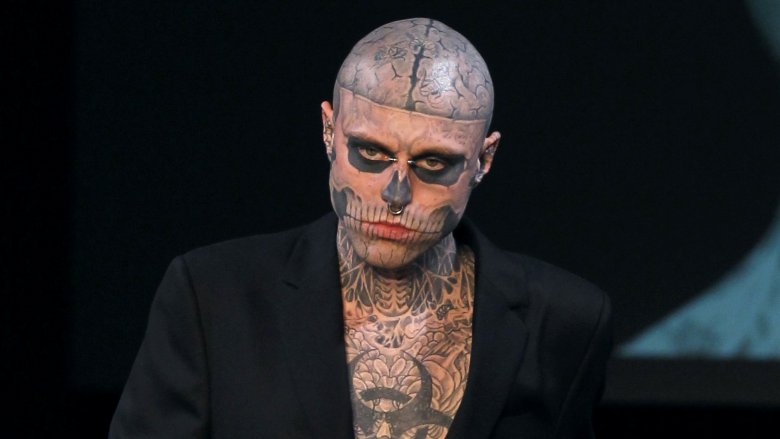 Being faced with a massive, costly lawsuit is possibly the only thing scarier than a season of FX’s Emmy-winning series American Horror Story. Unfortunately, the network had to learn this the hard way when actor Evan Peters’ makeup closely resembled Genest’s copyrighted tattoos.

Even casual fans of American Horror Story probably remember Evan Peters’ striking Season 1 look. In the climax of Murder House, Peters dons corpse makeup during a haunting school shooting scene. According to The Hollywood Reporter, Fox worked on a settlement with Genest to avoid a full-fledged lawsuit over the look, which could have cost the network hundreds of thousands of dollars in copyright infringement charges and editing to obscure Peters’ skeletal makeup in future airings. The two parties came to an undisclosed agreement in October 2012.

Genest told the magazine, “…I was not approached by Fox to license what I consider to be the use of my likeness or my copyrighted body art in American Horror Story.” He added, “However, I understand that there was no intent to connect me with the character in their show, and I am pleased that I have come to a resolution of this matter with Fox.”