The unsaid words of Chicken Girls 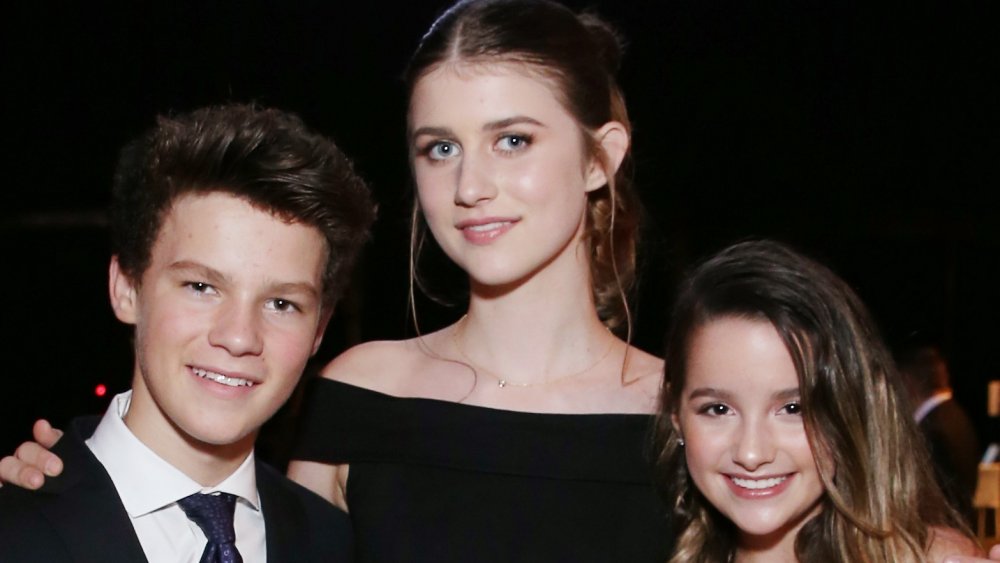 The unsaid words of Chicken Girls, Did you have a part-time job during school? Did it involve studying lines, getting primped, and performing for millions to later watch? Such is the life of many young actors — and it’s no different for the cast of Chicken Girls. Actress Lily Chee has said that her devotion to school matched that of her character, Britney, confessing to Brat TV, “In my freshman and sophomore years I was more focused on friends and boys, but this year I’m definitely focusing more on schoolwork.”

But it can be tough to drown out all the action on set to get schoolwork done. Riley Lewis, who plays Quinn Forrester, opened up about filming with other teens to Sweety High: “It’s kind of distracting because you have all your friends around and you all just want to talk and hang out.” So, it’s not just acting for these stars, since obligatory life duties don’t disappear. Or, as Lewis put it, “It’s hard because even though there are only three hours [of school] a day, you still have to get everything done!”

Actress Annie LeBlanc, too, stays busy with her studies as part of her daily routine, revealing to Brat TV that at the start of a typical workday, “It’s time to eat breakfast, look over my schedule to see how many scenes I have, and then start school.”