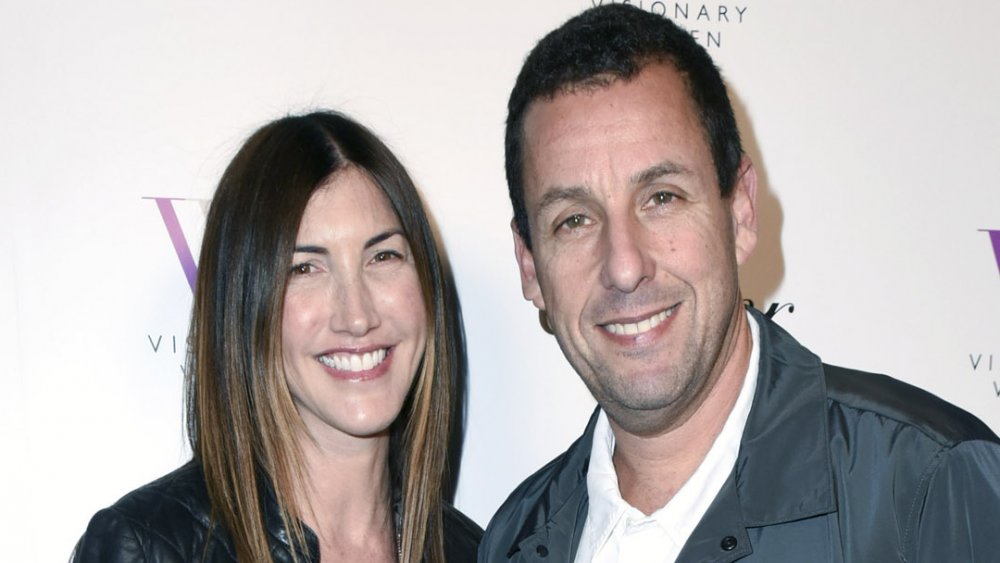 The unsaid truth of Adam Sandler’s wife, If there’s one thing Adam Sandler is known for, it’s his (admittedly not always successful) comedy. But in 2019, he took fans by surprise when he signed on to play a gambling addict in the crime drama, Uncut Gems. The legendary funnyman opened up about his surprise decision on The Ellen DeGeneres Show that December, revealing that it was his wife, Jackie Sandler, who convinced him to take a chance on the big screen.

“I read it, [and] I loved the movie, but I was scared to do it,” Adam confessed. “Then I asked Jackie to read it. We do this together, me and Jackie, we discuss what I’m going to do, and she gives me strength and courage to jump into this stuff.” Long story short: Jackie read the script, loved it, and told her husband he simply had to accept the role — and so he did.

Since its release in December 2019, Uncut Gems has garnered rave reviews and Oscar buzz. So, it might be all thanks to Jackie if Adam ends up being nominated (or even takes home) for his first-ever Academy Award.