The tech threat: Moving towards a dystopian future – Aljazeera.com 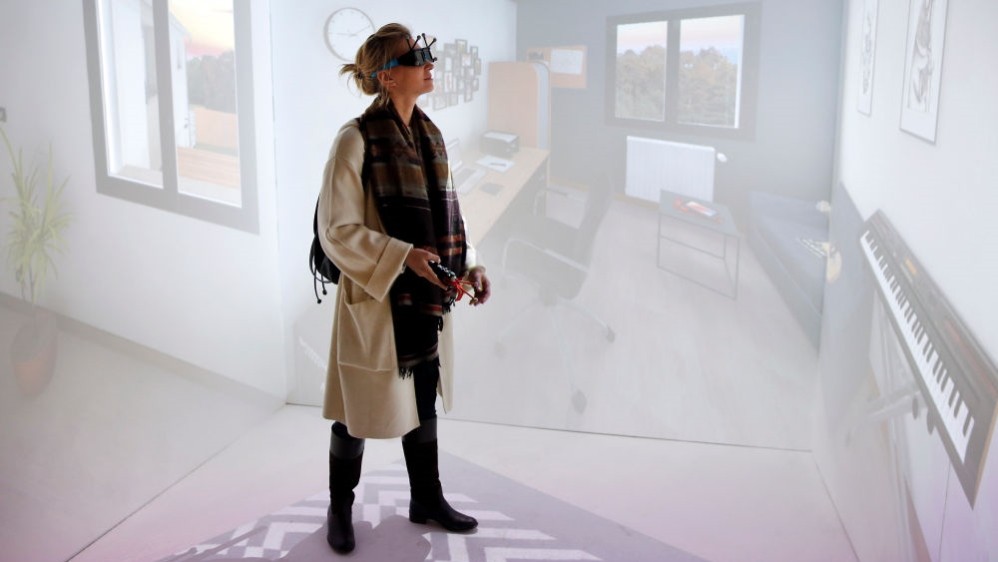 Jobs are disappearing, incomes retreating, the precariat growing. Thousands of people risk their lives in stormy seas to flee wars, moribund economies and climate change on a daily basis. Traditional politicians continue to avoid publicly addressing the tsunami of unemployment, apparently baffled as to how to react to a historic transition: the automation of critical masses of labour once performed by humans.

Five acronyms – AI, AR, VR, BC and UBI – promise to shape the developed world’s future and solve the problems of the present. In the process, however, these innovations risk transforming the world around us, and upsetting humanity’s very definition of itself.

Artificial Intelligence (AI) is a series of algorithms designed to improve the performance of robots by making it possible for them to learn from their surroundings. As AI increasingly autonomises formerly human-managed objects like cars and factory assembly lines, it displaces not only millions of workers employed in repetitive jobs like driving and assembling products, but white-collar employees, too. With the Internet of Things expanding into the physical realm, you’ll find yourself encountering AI-enhanced objects more often, especially in service industries.

Replacing humans with robotic transactions delivered in unthreatening lilts, AI will further contribute to our de-socialisation, and feed the self-absorption and narcissism fuelled by Internet-powered consumerism.

Augmented Reality (AR) will overlay information onto the naked world, earning its wearers social, professional and other edges over those sticking to the boring old reality. Soon, augmenting your surroundings will become as essential as a cellphone if you want to participate in employed living.

Projectors and screens will be done away as spreadsheets and calendars are “shared” with colleagues during work meetings by superimposing them over reality.

Nanobot implants will connect journalists to the internet, allowing them to dispense with cameras and use their own eyes and ears to film interviews, or perform real-time background checks on people they have just met. Soldiers will view aerial perspectives of the complex they’re about to assault, streamed from hovering drones, while supporting engineers thousands of miles away broadcast 3D immersive designs of the complex and its occupants direct to the soldiers’ vision. Later, the soldiers themselves will be replaced by agile robots, as the debate over the permissibility of lethal killing machines is won by those arguing for using them against conveniently dehumanised “terrorists”.

OPINION: Rebellion against the invisible tyrant – The internet

The element of surprise or enchantment in everyday life – as indispensable a part of being human as missing someone or feeling melancholy – will be even further retrenched, replaced by accumulating, awkward time-outs: motionless figures in public spaces, apparently present, but absorbed in a private, incommunicable world.

Potentially, the greatest game-changer is Blockchain (BC). It leverages the power of an online distributed ledger system in creating an all-encompassing, entirely interconnected digital grid that can be used to assess participants on a staggering tally of issues. Though open to authoritarian abuse, this tool would also enable individuals to delink themselves from the arbitrariness of the nation-state organising principle. BC could be used to assess our environmental footprint more completely than is now possible and opens the door to new forms of democracy, the abolition of banks and other intermediaries, and a new global taxation system based not on our income but our impact on Planet Earth.

Supplementary technologies such as ambient computing – always-on, hands-off computing peripherals that allow speech-powered typing and automatic forms of identification – will be premised on a context of permanent activity. Soon, turning on the computer or fishing your phone out of your pocket will no longer be a precondition to being online.

As millions of people – mostly older, unskilled monolinguals – find themselves thrust into a world where they are nothing but surplus or collateral damage in the ongoing technological sprint, they may come to depend on another two, just-round-the-corner innovations to cushion their obsolescence: a Universal Basic Income (UBI) providing participants, whether employed or not, with a guaranteed salary; and the seductively immersive worlds of Virtual Reality (VR).

UBI is already a thing, with trials running on all continents aside from Australia and Antarctica. Switzerland put the idea to referendum last year, but its wealthy citizens rejected it for fear that introducing a guaranteed income would lead to the country being overrun by immigrants. UBI contains several dangers, including the risk of hardening our societies’ current inequality into an irreversible orthodoxy, or being used as a pretext to scrap state-provided health services and other forms of welfare.

Finally, there is VR, the most widely-available of all these technologies. Hailed as a reality-suspending innovation exceeding even the invention of the moving image, it is poised to go mainstream this year.

Drowning in the digital tumult

But despite the sizzling pace of change, there is no apparent sense of urgency, no panic at how quickly we are hurtling towards our future. Even as we start checking into fully-automated hotels, being transported by driverless cars, and even choosing robots for sexual and spiritual succour, the voices of those questioning how such scarce public debate can mark such momentous innovations appear puny and drowned-out by the digital tumult.

Does anyone ask what the social consequences of discarding significant sections of society for being less efficient than robots are? How will those who cannot adapt react to the realisation that, rather than failed individuals, they belong to powerful, potentially disruptive constituencies numbering in the hundreds of millions? What ethical frontiers will humanity trespass upon once the elites can afford to engineer selves or descendants immune to disease and fatigue?

As the dominant economic system first shoves millions of people to the margins of society, then sweeps them off its edge, we must recognise that new technologies will be used to radically transform the already dysfunctional way in which we conduct our economic, ecological and electoral affairs: both constructively (Blockchain can replace quadrennial elections and conduct hack-proof referendums on a myriad of issues affecting us) and destructively (the psychological damage caused by absolute immersion into virtual worlds more attractive to their users than their jobless realities; how human psychology is redefined when work is no longer the defining motivation in one’s existence; or the potential for AI to autonomously advance in threatening directions to humanity).

At a time of ecological meltdown, it is worth taking two steps back and questioning whether the planet can sustain eight billion people aspiring to a consumerist lifestyle and an economic system premised on devouring natural resources. How can the extraordinarily powerful technological tools currently in development be leveraged to reduce the inequality that has only increased in the Internet Era, while minimising our impact on the environment?

Holding this debate is hardly in the interest of those making wild, tax-free savings by substituting machines for humans. So it’s unsurprising that the kind of politicians supported by transnational business lobbies continue misleading their constituencies with feel-good narratives that appeal to two shrivelling realities: national, religious and ethnic identities that are increasingly irrelevant in our globalised world, and the illusory promise of a return to 20th century-style economic health. As long as critical masses of voters continue imbibing narratives of self-actualised, empowered individualism we will not be able to honestly debate what consequences technology is bringing upon us.

Iason Athanasiadis is a Mediterraneanist based between Istanbul and Tunis.

The views expressed in this article are the author’s own and do not necessarily reflect Al Jazeera’s editorial policy.