The pandemic puppy craze is creating a veterinary crisis 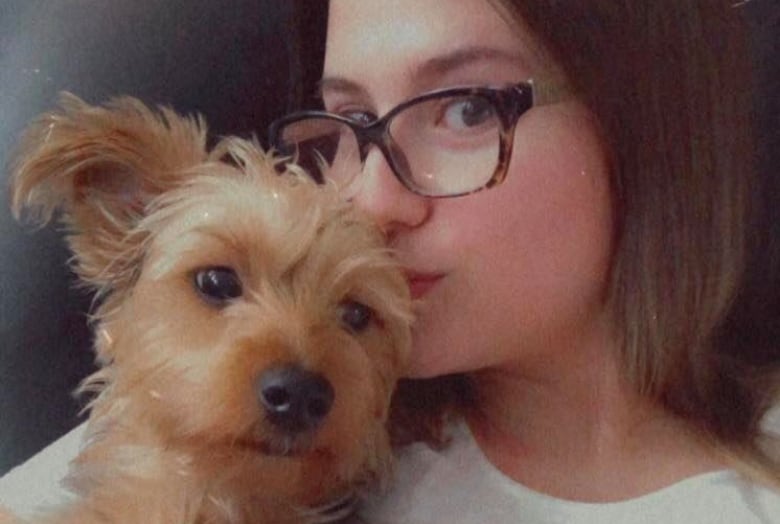 Veterinarians are at a crisis point, with a dire staffing shortage leading to fatal consequences for people and their pets.

A serious problem before COVID-19 has been amplified by the pandemic puppy craze, says Jan Robinson, chief executive officer for the College of Veterinarians of Ontario, the body that licenses vets and accredits their clinics.

In the years leading up to the pandemic, “there were increasingly fewer veterinarians for the jobs that were available,” said Robinson. “That then gets coupled with a real big upsurge during the pandemic of pet owners.”

It has led to a “perfect storm,” she said, where access to vet care can now be difficult.

“In many areas of the province, veterinarians are not able to take on new clients. They’re not able to see emergency cases of individuals that weren’t their client, or that they are just at capacity and can’t even bring their regular client in.”

It started with a single cough

Bailey Gladwin and her dog Odie were turned away from a top-tier clinic in August, and the young terrier mix didn’t survive.

It started simply: with just a cough.

“It was Wednesday morning. He coughed once — just once. And I thought, ‘Oh, he just got into something,’ because he’s a very curious boy,” said Gladwin.

But by that evening, Odie could barely catch his breath and Gladwin knew something was wrong.

“His condition had worsened so much that he was constantly coughing. He coughed so hard that he pooped, and that’s when I called the vet — right away.”

Her regular vet was closed for the night, and the earliest she could get him in was just before midnight at the Emergency Vet Clinic of Waterloo Region, said Gladwin.

But as time ticked by, Odie got worse. Once he was seen by a vet, the puppy was admitted for the night.

“I received a very short call from the vet’s personal cellphone. He said, ‘OK. We just checked him out, he’s clearly having a very hard time breathing, he’s not getting enough oxygen. He’s fevered. I want to book an X-ray and bloodwork,'” said Gladwin.

She and her boyfriend were told to go home for the night, but by 5 a.m., her phone was ringing again. It was the overnight veterinarian.

Odie was still deteriorating and the veterinarian wanted to refer him to the Ontario Veterinary College (OVC) in Guelph, where they would be better equipped to care for the dog.

But the OVC said it could not take Odie on as a patient, and neither could other clinics the veterinarian called. By the time another facility with a respiratory specialist was found, Odie was no longer stable enough to transport.

That night, Odie died — less than 24 hours after he was admitted.

“Around eight o’clock, we got the call that he wasn’t going to make it,” said Gladwin. “He went septic and he had brain damage.”

It’s not how it should be, but it’s a reality– Jeffrey Wichtel, dean, Ontario Veterinary College

The OVC said it can’t speak to the details of what happened because Odie was never admitted, so there are no patient files.

But OVC dean Jeffery Wichtel admits: it’s tragic, and Gladwin’s story is all too common now.

“What this owner experienced is what many owners — pet owners across Ontario and Canada — are experiencing on a day to day basis. It’s not how it should be, but it’s a reality,” said Wichtel.

“Veterinary emergency and urgent care hospitals are not just part of this workforce shortage that we’ve talked about — they are the pointy end of the problem.”

Official complaints up for 2021

Gladwin said she’s grateful for the care her dog received at the emergency after-hours clinic and doesn’t plan to make a formal complaint against any of the clinics involved, but complaints are up significantly this year over last year, confirms the College of Veterinarians of Ontario.

There has been a 40 per cent increase in the number of complaints to the regulatory body. In a typical year, it says, complaints grow by about 15 per cent.

“Not all of those are COVID-related complaints, but many of them are related to concerns about access,” said Robinson, who also pointed out those are raw numbers, not complaints that have been deemed actionable by the college’s investigators.

Over the summer, of the 30 or so such clinics, 20 per cent applied to the regulatory college to cut back their hours, Robinson said.

“Those facilities are needing to change their accreditation status and no longer be an emergency facility, and they don’t have enough staff to manage those hours or they’re looking for accommodations and limitations,” said Robinson.

Some are dropping their accreditation altogether, while others are switching from all-day emergency to the bare minimum: evenings and weekends.

As well as the OVC, there are four other veterinary colleges in Canada:

But a workforce study by the Canadian Veterinary Medical Association in 2019 shows the country wasn’t training enough veterinarians to meet current or future need.

It showed the number of registered veterinarians has increased by between three and 3½ per cent per year. But to keep up with demand, that number needed to be at least five per cent per year — which would also not be enough given the rise in pet ownership during the pandemic.

Getting more working veterinarians in the field will take time and there are no easy fixes, said Wichtel.

He said the OVC has its hands tied and is unable to graduate more than 120 students a year.

The University of Guelph, of which the college is a part, is at the top of its enrolment corridor. If it begins to graduate more students, the provincial government will not provide any funding — and veterinary schools are costly to run, said Wichtel.

“Veterinary students, I think it’s safe to say they are the most expensive student to train in Canada,” said Wichtel.

Publicly funded training infrastructure exists for doctors for human patients, said Wichtel, but that’s not the case for veterinary students.

“The clinical, diagnostic and practical training of veterinarians is exceedingly expensive, and must be across all species,” said Wichtel. “The reason we’re stuck at 120 [students] is because that’s the most we can train, given the resources we have now.”

Other options to increase the ranks include:

Technology has also proved to be a boost. The College of Veterinarians of Ontario first opened the door to telemedicine — by phone or video link — in 2017.

It allowed any veterinarian who is licensed to practise in Ontario to connect remotely with patients. They’re limited to advice and triage, no actual diagnosing or prescribing, but that can go a long way to putting a pet owner’s mind at ease.

That service became essential during the pandemic, as vet clinics closed their doors to the public, examined the pets in person and then connected with their owners over the phone.

Experts agree it will continue to be an essential part of veterinary care in the coming years.