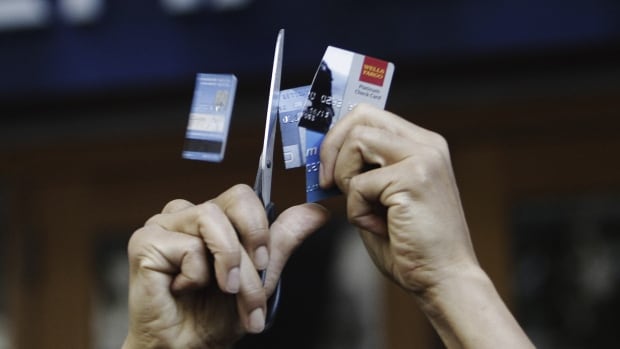 Canadians paid down their non-mortgage debts at the fastest pace in 30 years during the pandemic, new numbers from Statistics Canada show.

The data agency said Monday that credit card debt declined by 18 per cent in the year from February 2020 up until the end of January 2021.

That’s significant because credit card balances have been growing steadily almost without exception since 2000, going up on average by more than 20 per cent per year. At the turn of the millennium, Canadians owed a total of $13.2 billion on their credit cards. By February 2020, that figure had ballooned to $90.6 billion.

But as of January, it was down to $74 billion, a decline of more than $16 billion. That’s the biggest drop in credit card balances since at least 1999.

“Despite resilient household incomes and the roll-out of government support measures to Canadians, households had few places to spend, and many used the pandemic lockdown as an opportunity to save and pay down existing debt,” the data agency said.

Other forms of debt also declined, to the point where May 2020 to May 2021 saw the first annual drop in overall non-mortgage debt in more than three decades.

Most encouragingly off all, people with the worst credit scores were the most likely to pay down some of that high-interest debt.

People with credit scores of less than 640 have managed to reduce their credit card balance by more than a third. Those on the high end, with scores above 800, now have a balance about one seventh less than it used to be.

“Those with lower scores repaid their debt at a faster rate than those with higher scores throughout the pandemic,” the data agency said.

“With the economy looking to reopen fully, many Canadians will likely find themselves carrying lighter non-mortgage debt balances than they had going into the pandemic.”

While the decline in all forms of debt that aren’t mortgages is encouraging, overall, Canadians still owe more than they did before the pandemic largely because of booming demand for mortgages.

Mortgage debt increased by $18 billion in April alone, Statistics Canada reported earlier this summer, the biggest monthly increase ever and more than enough to wipe out all that diligent paying down of credit cards.

All in all, Canadians owe more than $2 trillion on their homes. That’s more than the value of Canada’s entire GDP.