The only way Jin from BTS can avoid military duty 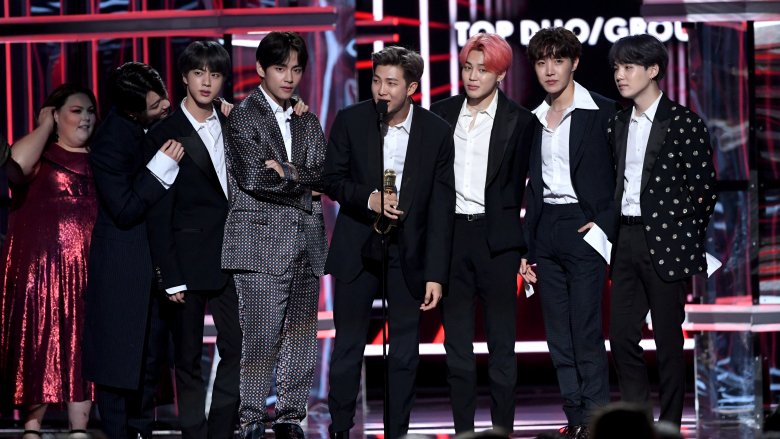 The face of K-pop, South Korean boy band BTS (Beyond The Scene) might be the biggest band in the world. The group formed in 2012, but it was only recently that the letters “BTS” were an instantly recognizable brand in America after putting Seoul on the pop music map.

Consisting of Jin, Suga, J-Hope, Rap Monster (RM), Jimin, V, and Jungkook, the supergroup sensations became the first band to win Best K-Pop at the 2019 MTV VMAs. The record-breaking group also made YouTube history in April 2019 with their single “Boy With Luv feat. Halsey.” According to Guinness World Records, the track’s music video became not only the “most viewed YouTube music video in 24 hours,” but also the “most viewed YouTube video”  — in general — in 24 hours.

However, due to the South Korean government’s military conscription policy, the BTS Army (the nickname of the band’s fiercely loyal fanbase) will lose their favorite band to the actual army. According to Korean News Plus, “men between the age of 18 and 28 should serve at least 21 months in the military.” The only way to avoid the mandatory service is by medaling in the Olympics, winning the Asian Games, or placing “first or second place at an international arts competition.”

At the age of 27, Jin is the oldest member of the group and has pushed his enlistment as far as he can – but he seems ready for the inevitable. “As a Korean, it’s natural,” Jin told CBS Sunday Morning in 2019. “And someday, when duty calls, we’ll be ready to respond and do our best.” The 21-year-old youngest member, Jungkook added, “I don’t want to think about it at this point. We have something really good going.”

But if you’re still somehow unsure how insanely popular BTS is, the group’s unprecedented worldwide success has caused some South Korean lawmakers to question the country’s enlistment rules. “The general public, including young people, wonder what makes winning on the Billboard chart different from winning in other international competitions?” Ha Tae-kyung said during a meeting at the national legislature in 2018 (via Korean Herald). “Winning the former is likely to create bigger added value. But there is no mention of popular culture on the list.”

The debate over whether the Billboard chart is “an international arts competition” aside, there is another huge ramification for messing with BTS’ winning lineup — potential economic downturn. No, really. According to a study by the Hyundai Research Institute (via South China Morning Post), BTS is “worth more than $3.6 billion a year” to the country’s economy and “one in every 13 foreign tourists” visited South Korea just for BTS. So, the question remains: Is it worth possibly tanking one of the country’s “most valuable musical exports” just to ship Jin off to his mandated military service?