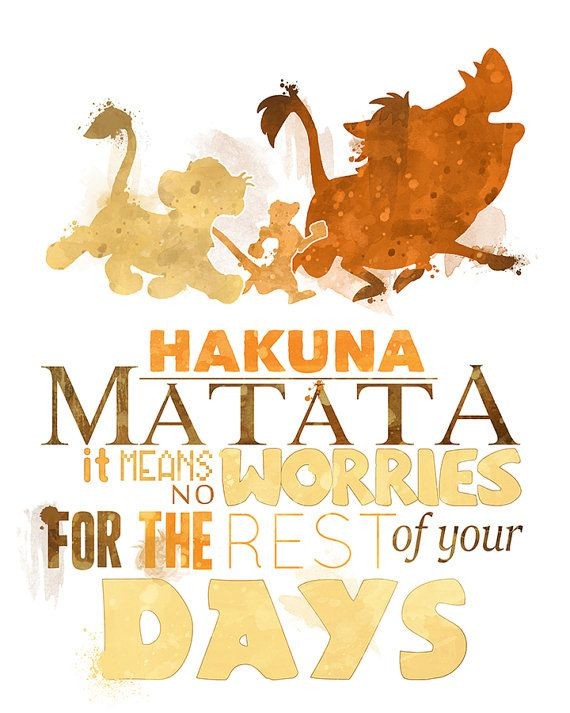 Unless you’ve lived under a rock, you know that the “Hakuna Matata” is a wonderful phrase that means no worries for the rest of your days.

But did you know that the song from Disney’s The Lion King originally began with a solo by Nathan Lane‘s character Timon? Well…now you do!

Earlier today, Disney’s Signature Collection Lion King was released on Digital HD and with it comes a never-before-seen features, including some behind-the-scenes clips from the making of the hit animated film.

In one video, the film’s co-directors Rob Minkoff and Rogers Allers introduce a clip that shows the pair, rocking some seriously ’90s outfits, in an early storyboard meeting about the now famous song, “Hakunah Matata.” We dare you not to be impressed by Allers’ singing and Minkoff’s fashion sense!

In the fun-filled feature, viewers get to feast their eyes on a previously unseen version of the hit song, which is from the point of view of the beloved meerkat, instead of the gaseous warthog Pumbaa.

At the D23 Expo, Disney announced that The Lion King would be joining the Walt Disney Signature Collection and would have special features that haven’t been released before.

The Walt Disney Signature Collection is the newest line of Blu-ray and Digital HD video releases. The collection first released Snow White and the Seven Dwarfs on Feb. 2, 2016.

Beauty and the Beast, Pinocchio and Bambi are other classics that have been released.

The Lion King Signature Collection is available today on Digital HD and on Blu-ray on August 29th.

And just in case you haven’t gotten enough of your fill of Simba, Nala and the rest of their four-legged Pride Lands friends, Disney’s busy working on a live action version of The Lion King with director Jon Favreau. Donald Glover will be playing Simba, James Earl Jones is slated to be Mufasa, John Oliver will play the bird-brained Zazu, Billy Eicher will take on Timon and Seth Rogen has nabbed the role of Pumbaa.

The highly anticipated film is scheduled to roar into theaters on July 19, 2019. But until then…hukuna matata!