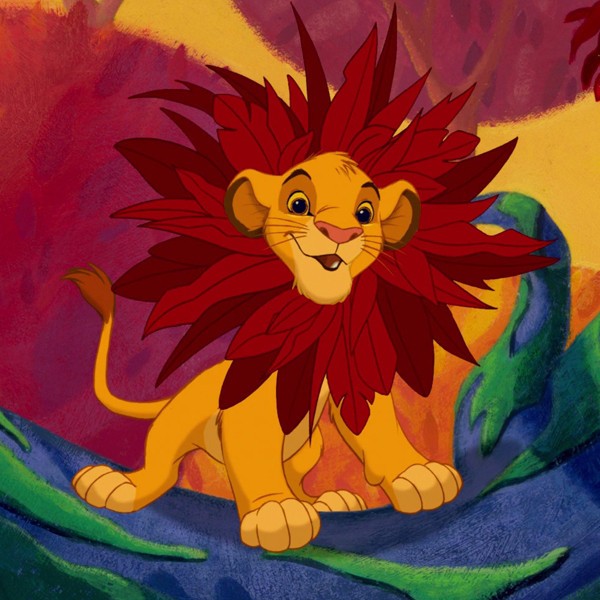 In celebration of the film’s digital re-release on Aug. 15 and Blu-ray release on Aug. 29, check out an exclusive sneak peek of Rowan Atkinson, Jason Weaver and Laura Williams recording “I Just Can’t Wait to Be King” for the film’s soundtrack. Released in 1994, the number was written by Elton John and Tim Rice for Zazu (Atkinson), Simba (Weaver) and Nala (Williams) to perform.

Now part of the Walt Disney Signature Collection, the Blu-ray edition of The Lion King will include a sing-along version of the movie, as well as audio commentary from producer Don Hahn and co-directors Roger Allers and Rob Minkoff. Additionally, artist David Garibaldi “paints a masterpiece of evil” as he breaks down Scar’s “Be Prepared” sequence, while Lane sits down with Matthew Broderick (Adult Simba) and Thomas Schumacher (president of Disney Theatrical Productions) to give “candid and hilarious insights” into their Lion King experiences.

At one point, Schumer tells Lane the filmmakers originally wanted him to voice Zazu. But, in spite of Minkoff’s initial misgivings, Allers realized the actor was better suited for another role. “I don’t remember the part about the bird,” Lane admits. “I don’t remember reading about the bird at all.” Allers later asked Lane to audition to play one of the hyenas alongside Sabella. “We clearly had missed the whole thing,” Schumacher remembers. “You were Timon and Pumbaa.”

In another bonus feature, Allers and Minkoff show archive footage of their initial story pitches.

The Lion King was released theatrically on June 15, 1994. Twenty-two years later, the movie was selected for preservation in the United States National Film Registry for being “culturally, historically or aesthetically significant.” Following the success of his live-action Jungle Book, Jon Favreau was hired to direct a live-action version of The Lion King, set for a July 19, 2019 release.

Over the weekend, the film played at the El Capitan Theatre and select AMC locations. “Disney created an instant classic with the original release of The Lion King in 1994 and its popularity has never wavered. We are thrilled to offer a whole new way to enjoy this beloved Disney film at The El Capitan Theatre,” manager Ed Collins said. “Who can resist singing along to such unforgettable songs as ‘Hakuna Matata,’ ‘Can You Feel the Love Tonight’ and ‘Circle of Life?'”