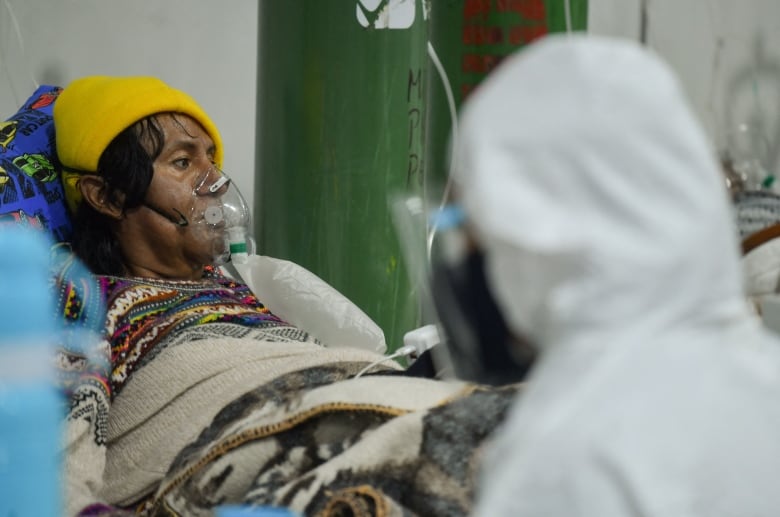 Multiple variants of the virus behind COVID-19 are circulating in Canada, and lambda has now joined their ranks.

While only a small number of cases have been reported countrywide so far, public health officials are keeping a close eye on this variant of interest first identified in South America.

So what do Canadians need to know about lambda? Here’s the latest:

What is the lambda variant?

Lambda, or C.37, is one of the latest variants of the virus behind COVID-19, and it’s now being reported in Canada.

The first samples were found in Peru back in August 2020, but it was only deemed a variant of interest by the World Health Organization (WHO) in mid-June.

“Lambda has been associated with substantive rates of community transmission in multiple countries, with rising prevalence over time concurrent with increased COVID-19 incidence,” reads an epidemiological update from the WHO released on June 15.

How widespread is it?

In Canada, 11 cases of the variant have been reported as of July 5, the Public Health Agency of Canada (PHAC) told CBC News in a statement.

PHAC is “monitoring carefully” for more cases and research tied to the variant’s transmissibility and vaccines’ effectiveness against it, said spokesperson Anne Génier.

Two recently discovered cases were in Alberta and both are tied to travel, health officials there said on Wednesday.

According to the WHO, lambda has also been reported in dozens of other countries.

So far, it’s hitting South America the hardest. The variant has been on the rise in countries beyond Peru such as Ecuador, Argentina and Chile — and in the latter, it recently accounted for more than a third of all the country’s sequenced cases.

What makes lambda worth keeping an eye on?

Lambda carries a “number of mutations,” according to the WHO, which may make it more transmissible or resistant to neutralizing antibodies.

“There are mutations on the spike protein portion of the virus, which as we know is one of the important pieces of the virus, and the mutations are slightly different than some of the previous mutations we’ve seen,” said Dr. Lucas Castellani, an infectious diseases specialist at the Sault Area Hospital in Sault Ste. Marie, Ont.

“That said, what we don’t know is what all of this means.”

So far, there’s “limited evidence” on the impact of the changes to the spike protein, the WHO notes, but public health teams around the world are hoping to learn more about how the variant operates.

Dr. Anthony Chow, professor emeritus at the University of British Columbia’s division of infectious diseases, also cautioned that the strain has the potential to turn into a variant of concern.

“It is highly transmissible, and that it has been a hallmark of variants of concern — the way they spread,” said Chow.

WATCH | Physician explains what we know — and don’t — about the lambda variant:

Sault Ste. Marie, Ont.-based infectious disease specialist Dr. Lucas Castellani explains what we know, and don’t know, about the lambda variant and how it operates. 1:00

Do vaccines work against this variant?

Despite its multiple mutations, there’s early evidence that yes, vaccines likely protect you from getting infected by lambda.

A recent U.S. lab-based study — which was published online, but has not yet been peer-reviewed — suggests that the “vaccines in current use will remain protective against the lambda variant and that monoclonal antibody therapy will remain effective.”

But the WHO stressed that further studies are still needed to “validate the continued effectiveness of vaccines.”

Chow stressed the need for Canadians to keep getting vaccinated to protect themselves as best as possible.

“Those who hesitate about getting their vaccines, they’re still starting to have doubts or worrying about side effects,” he said, “but the real harm from infection by the virus is so much greater than any possible side effects.”

How worried should Canadians be?

Most Canadians shouldn’t be too worried about lambda, experts told CBC News — at least not yet.

“If you’re vaccinated, I think it’s not too concerning,” said Castellani. “We’re changing this virus from one that causes severe illness, death, and debilitation to patients to one that’s manageable.”

But as the country keeps loosening restrictions, he warned some Canadians will bear the brunt of the variant’s spread.

Jeffrey Joy, an assistant professor in the division of infectious diseases with the University of British Columbia’s department of medicine, agreed there’s no cause for alarm just yet — but he also stressed the need to keep monitoring for this, and other, virus variants.

“What we really need to do in Canada is set up a good system of molecular surveillance, so that we can act on the hotspots of new variants as they arise in Canada before they spread widely in the population,” he said.