The charges relate to consulting and lobbying work Manafort did on behalf of pro-Russian politicians in Ukraine. 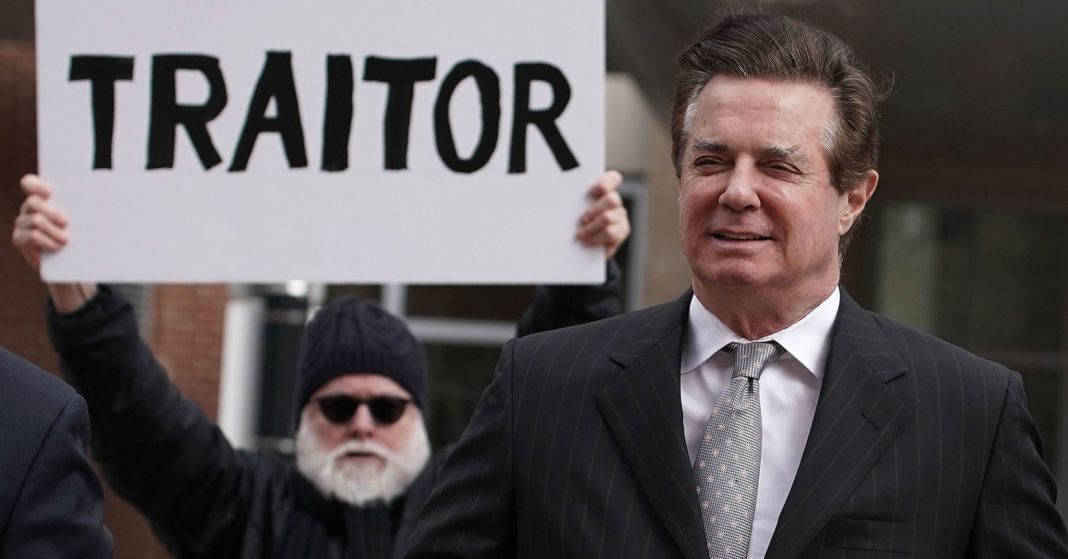 “Manafort, however, has not availed himself of the government’s offer of assistance,” prosecutors wrote.

Manafort is scheduled to go on trial in federal court in Arlington, Va., on July 25. He is set to be tried before Berman in her Washington courtroom on Sept. 17.

Lawyers for ex-Trump campaign boss Paul Manafort are complaining that ‘he is locked in his cell for at least 23 hours per day” as they appeal the recent revocation of his $10 million bail and subsequent jailing.

Prosecutors also said that while they do “not dispute that limitations on a defendant’s trial preparation can be a serious concern … those limitations are common to defendants incarcerated pending trial.”

Manafort’s defense team in an appeals filing says his “solitary confinement” in a jail about two hours from his attorneys’ office “makes it effectively impossible for Mr. Manafort prepare” for two upcoming federal criminal trials.

” I can not turn a blind eye” to how Manafort “abused the trust” of the court, Jackson said that day.

Before being jail, Manafort had been confined to his home as he prepared to be tried on charges that include conspiracy, money launder, bank fraud, tax crimes, acting and making false statements as an unregistered agent of a foreign principal.

Lawyers said officials at Northern Neck Regional Jail in Warsaw, Virginia, and U.S. Marshals have “determined that if Mr. Manafort is to be detained, solitary confinement is the only way to ensure his security.”

Manafort, 69, was ordered jailed June 15 by U.S. District Amy Berman Jackson in Washington after special counsel Robert Mueller accused him of trying to tamper with potential witnesses for his trials.

Mueller’s team, in opposing Manafort’s appeal of his bail revocation, said in a filing that defense lawyers have not shown that Berman committed any error in her decision.

They noted that Berman issued an order June 21 directing that Manafort be given a “reasonable opportunity” to meet privately with his lawyers.

And prosecutors said they offered to work with Manafort’s lawyers on requests to move him to a jail “closer to his attorneys.”