The bully and the bold in Nigeria(2) 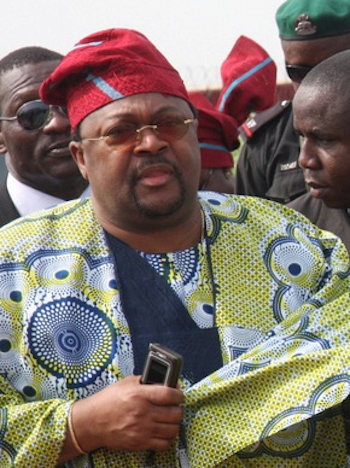 TYPICAL  of Nigeria, over three weeks and running, after that seditious, condemnable, vexatious, extremely hateful and criminal Quit Notice, no arrest have been made, which left Nigerians to wonder what the game was about, and who was behind it all.

Youth Groups from the south started reaching out to peace loving Nigerians to stem the impeding genocide, but  comments from Some Northern Elders in Junaid Mohammed’s group forced many to wonder if the action of the northern youth was meant to create more challenges for the Acting President, than Buhari left on ground before proceeding to London.

Could this be the Bullying Cabals’ way of distracting the Acting President ? What has necessitated this type of confusion being foisted on Nigeria at this time?

Could this be a grand plan by the north to ensure that power never gets to their victim, the South East in the remotest future? In order words, since notable Nigerians have started calling for Igbo Presidency, does this mean that the north would prefer a Nigeria without Igbos, than have an Igbo man preside over Nigeria?

In the meantime, mixed reactions and tunes flowed from the South East, the very target of the bully at work since 1970.

While some Igbo leaders, want a pre-emptive action and response to the threat from these northern youth to avert any bloodbath, others in a naïve, confused and badly compromised manner suggest that the Igbos should ignore the threat!

I ask, what makes Igbo leaders think that anything will happen to Arewa Youths if they start killing Igbos come October this year ? If for over three years and running, not even one deformed herdsman has been arrested by security operatives in spite of the mayhem, criminal and wanton destruction they have visited upon communities across the nation, what makes any leader think that Igbos will not be killed at the expiration of the Quit Notice?

Two weeks after the Quit Notice was issued, powerful group of northern elders  reportedly wrote the Acting President to allow Igbos to go. After their highly disjointed, irreconcilable, and uncommendable reasons, that had nothing but vituperations against Igbo people, they concluded that Igbos should organise a referendum to leave Nigeria, supervised by the United nations. So, we now know who was beating the drums in the bush, which the youths were dancing  to on the street.

Since the past four years Herdsmen continue to kill maim, destroy communities of their choice across the nation. At will, they run their cows into secondary, and primary schools, private investments and businesses damaging everything in their trail.

In April 14, 2014, the  Hersdmen attacked a quiet village in Ukpabi Nimbo of Uzo Uwani in Enugu State, and killed over 28 persons, in spite of the fact that Security system knew they would strike. There has been no prosecutions till date!

Records show that herdsmen have killed and destroyed over 5000 lives and homes in Benue State, South East and South South. There is a big bully in Nigeria whose foot soldiers are called Herdsmen.

If since the past four years, not one  herdsman has been arrested and prosecuted, what informs the Igbo man, and Ohaneze, that the Northern Youths will not make do their threat? What will happen if they start killing Igbos in the north? The answer is ‘nothing’. Therefore,  let no Igbo Man be allowed to be killed in the north like fowls!

While the peace makers are making peace, they should advised that Igbos in the north  make  arrangements to leave the place gradually. Bullies feel pains too, therefore Igbos should use  common wisdom to keep cows from their gardens , farms and premises. Like the devil, armed herdsmen have three assignments, to steal, to kill and to destroy, but if the devil is resisted he will flee. Herdsmen should be resisted.

Any  herd of more than six cows should be viewed as potential source of trouble, to be chased away from Igbo vicinity.

Igbo communities should meet and decide which best ways to rid their vicinity of cows and herdsmen. The Spirit of the  Cow must be cast away from Igbo land through fervent prayers. Igbo governors must immediately set up committees and tasks forces to deal with and handle cases of citizens willing to leave the north, their resettlement, re-empowerment now, before it is too late.

All northerners in Igbo Land should be profiled and in the same manner, all Igbos in the north must be accounted for wherever they are located, by the known community leaders, on weekly basis, and should be funded for this purpose. Rather than panic and fear, this is a golden opportunity to get Igbos organised, restructure for the development of their zone.

The presence of Igbos in every nook and cranny of Nigeria is an a eloquent testimony of the faith Igbos have in Nigeria but they must not allow themselves to be killed by any persons, or bullies. It is time for us to think Igbo, invest Igbo, and develop Igbo land.

Any Igbo governor who allows his people to be stranded in the north should be ashamed of himself, for is better to be pleasantly surprised  that the threat is stopped and no blood shed than to allow any Igbo Blood to be shed in the north and a repeat of the 1966 genocide in this time and age. God forbid!

The herdsmen’s Cow should be rejected as the symbol of the bully against Igbos. In answer to the Quit Notice, let no Igbo family touch the northerner Cow Meat from 1st October 2017.

Igbo Land spends a little over N45 million daily totaling over   N16.2 Billion annually on Cow Meat from the north.This amount if saved and re-invested in Cattle Ranching and other animal protein production systems in the South East, will help our economy in the long run, and also be used also to resettle returnees from Arewa North in the South East. Let’s  overcome Arewa Bully, without violence. Yes We Can!