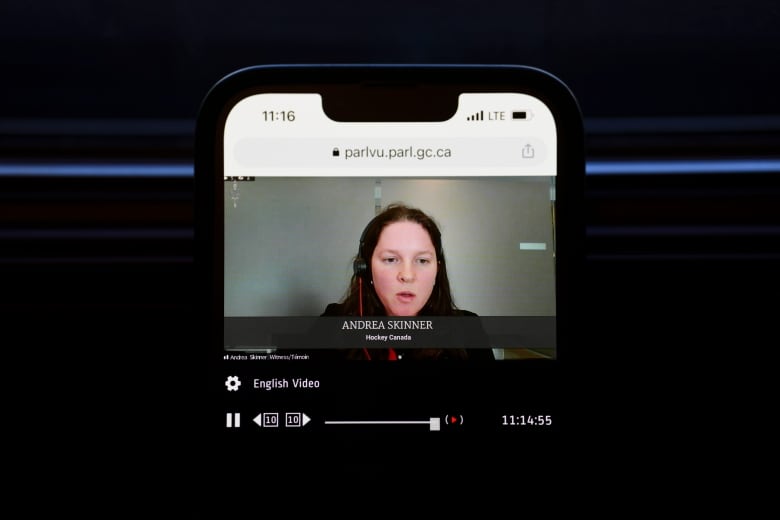 Telus says it will no longer be funding Hockey Canada’s men’s program for the upcoming season amid disappointment in the body’s handling of sexual assault allegations, making it the second major sponsor to pull funding in as many days.

“We are deeply disheartened by the lack of action and commitment from Hockey Canada to drive necessary cultural change,” the company said in a statement released Thursday morning.

“Telus will not be sponsoring Hockey Canada’s men’s hockey programs for the 2022-23 season, including the upcoming world juniors tournament. We remain passionate fans and supporters of the sport of hockey and stand committed to enabling systemic change to make hockey safe for all.”

Hockey Canada is planning to host the 2023 World Junior Championship in Halifax and Moncton from Dec. 26 to Jan. 5, 2023.

The telecommunications giant is considered a “premier” sponsor. The company has sponsored Hockey Canada since 2004, and in 2017 renewed that partnership until 2022.

Telus had previously withdrawn support from the 2022 world junior hockey championship held in Edmonton in August.

In a statement Thursday morning, Chevrolet Canada reiterated its position from June, saying it has stepped back from its sponsorship activities with Hockey Canada “as we seek more clarity on what specific steps the organization has and will take following the alleged incidents of abuse.”

“We at GM have no tolerance for abuse of any kind and wish to see Hockey Canada return to setting a positive example for all Canadians in all it does,” said spokesperson Jennifer Wright in a statement.

On Wednesday, Tim Hortons announced it would be pulling its sponsorship of all of Hockey Canada’s men’s hockey programming for the 2022-23 season, including the men’s world junior championships.

The move is the latest reaction to how the hockey organization has responded to accusations it mishandled allegations of gang rapes involving its players.

Hockey Canada has confirmed it paid out $8.9 million in settlements to 21 complainants with sexual misconduct claims against its players since 1989.

CBC’s The Fifth Estate identified at least 15 cases of alleged group sexual assault involving junior hockey players that have been investigated by police since 1989 — half of which surfaced in the past decade, through a review of public records.

The companies’ decisions add corporate pressure to mounting calls on ice hockey’s national governing body for a change in its leadership after a widely panned appearance by one of its executives in front of a parliamentary committee this week.

Interim board chair Andrea Skinner defended Hockey Canada, saying it has an “excellent reputation” and arguing against scapegoating “hockey as a centrepiece for toxic culture.”

Skinner has been adamant that Hockey Canada won’t be making any changes to its management despite a request from federal Sport Minister Pascale St-Onge, who has said she believes mass resignations at the governing body are necessary to restore public trust.

“I think it — it boggles the mind that Hockey Canada is continuing to dig in its heels,” Prime Minister Justin Trudeau said Wednesday.

Imperial Oil hasn’t made a decision yet

Last summer, Scotiabank announced it was putting its sponsorship of Hockey Canada on pause until it was confident the right steps are taken to improve the culture within the sport.

In a statement, Imperial Oil, another major sponsor, said it hasn’t made a decision yet on supporting the 2023 men’s world junior championship through its Esso brand.

“As previously mentioned, we continue to find this matter deeply concerning and have regularly communicated our expectations to Hockey Canada that concrete steps must be taken to address safety issues and ensure swift culture change,” said spokesperson Keri Scobie on Thursday.

“Imperial remains committed to ongoing support to Canada’s hockey community and grassroots youth and women’s programs across the country, as we have done for more than 40 years.”

The federal government has also announced it would stop all funding until Hockey Canada can show signs of positive change.