Television reboots are an easy sell — but are they crowding out BIPOC voices? 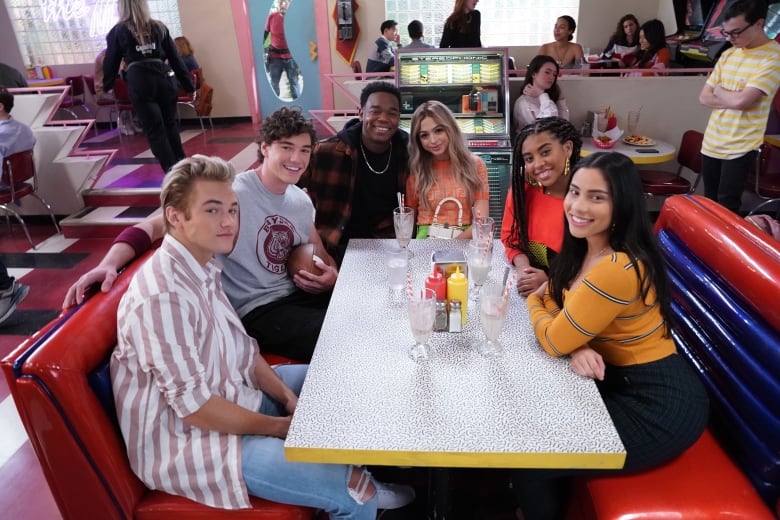 It seems like almost every day a new television reboot is announced, quelling audience desires for nostalgic content.

Sex and the City, Frasier and Dexter are all poised to return with their lead stars attached (the first, minus Samantha), while others like True Blood, Fantasy Island and Doogie Howser, M.D. will get the revival treatment sans the original cast.

In some cases, the series’ are refreshed by their casting choices: many of these reboots will have racialized actors as leads for the first time.

But are rehashes of old shows taking up space that could be better served by giving Black, Indigenous and other people of colour creative license over new original series?

Reboots are an easy sell to nostalgic audiences

While reboots have been around since at least the ’70s, the pandemic has been an “incubator” for them, with audiences stuck at home, said Jhanik Bullard, an executive producer’s assistant and story co-ordinator on the CBC show Coroner.

With shows-of-their-time — like iCarly and Saved by the Bell — getting the reboot treatment, nostalgia is a surefire way to pull in viewers, he said, “because you’re tapping into that emotional core that will resonate with your audience.”

Reboots are also making a comeback with the rise of streaming, said Rick Ellis, the Minnesota-based creator of All Your Screens, a newsletter about the television industry.

Massive archives of already-owned material are available to major companies like Peacock, HBO Max and Paramount Plus, so rebooted shows are an easy way to cut costs. They’re also a means to stand out in a TV landscape where more content is available to audiences than ever before, he said.

“If it’s something that people are familiar with, even if it’s something they didn’t particularly care for the first time around, they say to themselves, ‘Oh, I wonder what it looks like now,’ and they’ll tune in,” Ellis said.

In a recent column for The Guardian, writer Sam Wolfson said that the current onslaught of reboots was catalyzed by ABC show Roseanne. In 2018, star Roseanne Barr was kicked off the series after a racist tweet — so the network rallied the rest of the cast under a new title, The Connors. Audiences followed, and it was an instant hit.

But a built-in viewership isn’t guaranteed for all reboots, Ellis said, because audiences need something original or entertaining to latch onto.

The Wonder Years, an ABC show which aired from 1988 to 1993, followed a white, middle-class suburban family and their youngest son, Kevin, who narrated his experiences as a child in 1960s and ’70s America.

That show will be rebooted in the fall, but this time, it will star a Black family in Montgomery, Ala., a hotspot of the civil rights movement.

With these contextual and casting changes, The Wonder Years is positioned to be a very different show than its original iteration.

“I would rather see a story of a new Black family that’s not just repurposing this white person story, to be honest,” said Kathleen Newman-Bremang, a senior editor at Refinery29’s Unbothered.

She recently wrote a column about colourism on television shows, a form of discrimination against dark-skinned members of a racial or ethnic group.

“[Network executives] think, ‘Oh, we’ve got the new Gossip Girl. Look at all these Black people, these light-skinned Black people we sprinkled in there. We’ve done enough. That’s enough activism for me.’ That’s what they say.”

Kathleen Newman-Bremang, Rick Ellis and Jhanik Bullard weigh in on the onslaught of television reboots, new efforts towards diversified casting and what they mean for BIPOC creators. 1:28

Earlier conceptions of diversity often meant “throwing a Latino or two into an ensemble show,” columnist Carolina A. Miranda said recently in the Los Angeles Times.

Now reboots have a completely new cast of lead characters, some of whom are played by BIPOC actors (Gossip Girl, Saved by the Bell). Others have added BIPOC characters to play alongside original stars (iCarly). The original casts of those three shows were almost — if not entirely — white.

In one notable case, Beavis and Butthead spinoff Daria will get its own reboot, this time called Jodie and starring Daria’s Black best friend.

Some creators have vowed that with a new cast, they’ll push to address subjects that weren’t broached in original versions of the show.

Gossip Girl creator Joshua Safran said that he wanted to “tell more queer stories” in “a more diverse universe.” Promotional material for the remake of The 4400, a sci-fi series from the CW that first aired in 2004, says the show will focus on “overlooked, undervalued or otherwise marginalized communities.”

Rebooting shows with BIPOC actors is often a way to appease a generation of audiences who value media representation and frequently take to the internet with complaints, said Newman-Bremang, but storylines need to match.

“If they put out a show that was just as problematic as it was a decade ago, or two decades ago, people wouldn’t watch it,” she said.

Why reboots take opportunities away from BIPOC creators

While rebooting shows with BIPOC actors filling traditionally white roles or playing new characters in a previously all-white show is a frequent approach, there is an alternative: Making space for BIPOC creators to develop new and original stories with racialized casts.

The consensus among these three experts is that networks allocate resources to reboots that would be better spent on opportunities for BIPOC creators.

“These reboots are absolutely taking something away from original content — and they’re getting a time slot that could go to another Black, Indigenous or person of colour creator,” said Newman-Bremang.

“Those reboots take up so much bandwidth for the network, for the studio,” Ellis added, “that they have less to devote to newer features and maybe something that would be really original.”

A recent report on Black representation in film and TV concluded that Black creators in creative roles feel responsible for providing opportunities to other Black off-screen talent. “Unless at least one senior member of a production is Black, Black talent is largely shut out of those critical roles,” it said.

Additionally, it found that film and television have “very little minority representation among top management and boards.”

Predominantly, white executives are still calling the shots, said Bullard, who is also treasurer for BIPOC TV & Film, a non-profit that represents Black, Indigenous and people of colour in the Canadian industry.

“Who [are] the decision-makers at the end of the day? Because even though we remake these shows … the decisions that go into the show or that we see in the show still [have] to be accounted for at the executive level,” he said. “And they say yay or nay to certain storylines or certain characters.”

Both Bullard and Newman-Bremang point to series like Issa Rae’s Insecure and Michaela Coel’s I May Destroy You as examples of acclaimed shows that give opportunities to creatives of colour who want to tell their own stories. Both are created by dark-skinned Black women.

“We are losing creativity if the entire television slate is just revivals or recycled,” said Newman-Bremang.