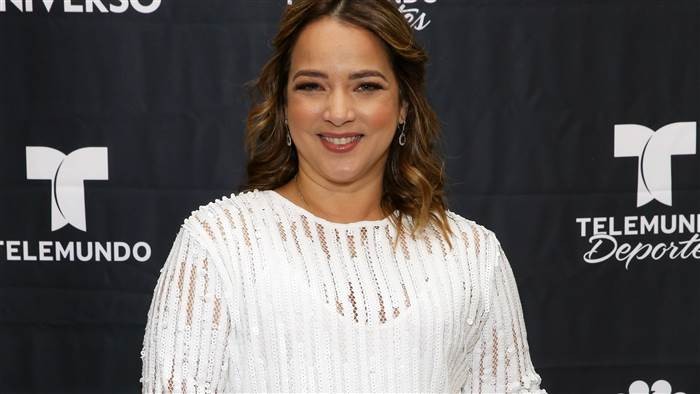 Adamari López is a survivor, and she’s proven time and time again that she won’t let anything break her happiness.

The cancer survivor and Un Nuevo Día host proudly shared a photo of herself and partner Toni Costa as they celebrated her 46th birthday. The Puerto Rican star is wearing a one-piece black bathing suit paired with a floppy hat. After the photo had gone live, she was met with body-shaming comments on her post about her appearance.

And while the out-of-line criticism could have destroyed anyone’s spirits, the once telenovela actress decided to look at it with a different perspective.

“I think that when people criticize, they criticize themselves more,” she told TODAY in an email. “I do not take it personal. Most likely, those individuals that criticize so brutally have a void in their lives, which reflects in trying to destroy or denigrate others, when in fact it is a reflection of what they have in their heart. What some may not understand is that I am happy with my life and the things I have achieved as a woman, a professional and now a mother.”

López is the proud mom of 2-year-old daughter Alaïa. And as she sees it, life is better spent being enjoyed than worrying about the negative criticism of others, especially after going through dark times and seeing the true value of life.

“After facing cancer, I have gone through several physical changes,” she said. “My body has changed. I went from being thin (size 0-2) to size 6, and my weight has been up and down ever since. During my pregnancy, I gained more weight and I haven’t committed myself to losing it yet. I’m aware that I would like to lose weight for my health, but not to satisfy the people who think I should lose weight. I will not stop showing who I am, and I will continue to live happily every stage of my life.”

In 2005, López announced her breast cancer diagnosis during a press conference and then went on to undergo surgery. The following year she married singer Luis Fonsi while she was in remission. Ever since her battle with cancer, she’s become one of the strongest advocates for breast cancer awareness. She and the “Despacito” singer later divorced in 2010.

Because we live in a social media era, the TV host has made an effort to use her platform to send body empowering and positive messages to all those that follow her, especially the next generation. Hopefully, young women will see the gracious and empowering way by which she has taken on body-shaming comments.

“I would tell (young women) not to get carried away by comments from people who do not know their circumstances,” she said. “To never be ashamed of who they are. The size or shape of your body doesn’t define you as a person. It doesn’t determine who you are or what you can contribute to the world. Be proud of yourself, recognize your achievements and work on your weaknesses to surpass yourself. Love yourself and respond to those who are rude (or make negative comments towards you) with love.”