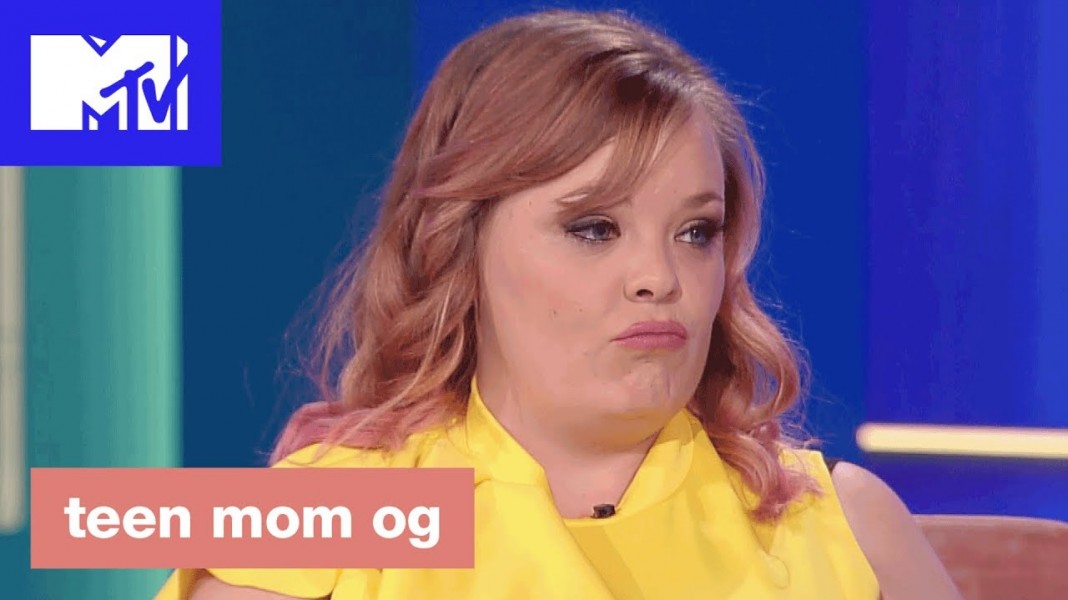 As it turns out, Catelynn was ready to explain what led up to the event and why she chose not to take the medicine.

As daughter Nova attended her first day of preschool, Catelynn had to stay in New York City for press. Missing such a pivotal moment in her child’s life proved to be a “trigger” for the proud mom.

“I’m having a panic attack. I don’t know what’s going on. It started in the car and then all of a sudden, Matt just is like, ‘We’ll just keep this between me and you’ and he just hands me this bar,” she revealed on tonight’s show. “I stuck it in my hoodie pocket and I didn’t take it because I just turned around and looked at everybody in the room, like, I know his past and Amber’s past and stuff so I was like, ‘Why the [bleep] does he have this?'”

When Amber Portwood got a sense that Matt was acting differently, she confronted her man who played it off as just being tired.

While Catelynn didn’t take the medicine, she pointed out that the medicine somehow disappeared.

“Well, the funny thing is it was in my hoodie pocket. When I went to go look for it to show Amber, Matt was walking down the hallway, and we realized he was in my hoodie,” she shared. “And I think he purposefully took my hoodie and put it on when he realized what was happening and took the evidence.”

In last week’s episode Matt appeared on the reunion via telephone to address the relationship hurdles he’s facing with Amber.

“We’ve had a rough couple of f–king years. I have,” she shouted during a heated exchange. “And I stood by your side. And you know how frustrated I was. And yeah, I’m sorry for all the name-calling but you’ve gotta be sorry for the s–t you’ve done too.”

The couple most recently checked into Marriage Boot Camp for help on their relationship.