TD customer questions $50 charge for donating to Ukraine aid efforts. The bank is now among those waiving fees 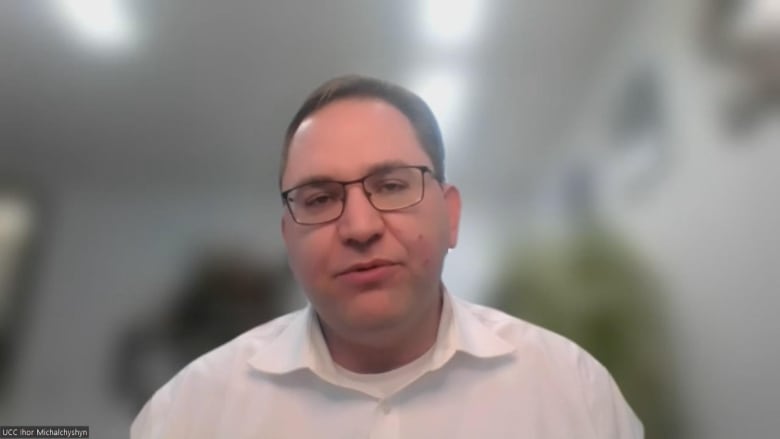 A Toronto woman is questioning TD Bank after she was charged —  then later reimbursed — a $50 fee for donating to Ukrainian relief efforts several days after Russia unilaterally invaded the country in Eastern Europe.

Krystyne Rusek, who is Ukrainian-Canadian, went to her local TD branch in the city’s west end on March 1 to contribute $1,600 to a special fund set up by the Ukrainian government. The donations are to support Ukraine’s military as it defends against Russia’s attempts to take control of the country.

Rusek’s donation, and those of other Canadians supporting the fund, were being collected by a downtown Toronto BMO branch before being transferred to the National Bank of Ukraine, the central bank, and then sent to the Ukrainian Armed Forces.

After arranging the transaction, the teller told Rusek she had to pay a $50 wire transfer fee — the standard charge for customers sending a wire payment from a TD branch to a non–TD account in Canada or abroad.

“I paid it and I wasn’t upset about it,” Rusek told CBC Toronto. “But the next day, I started to think about it and realized that this was not right.”

Canadians have been contributing to humanitarian and military efforts in Ukraine since the start of the invasion nearly two weeks ago. Rusek believes Canadian banks shouldn’t have been charging for donations to the war-torn country while it faces what the United Nations General Assembly has condemned as an act of aggression that violates international law.

“For me, the $50 was not an obstacle,” said Rusek. “But, you have to consider that some people might only be donating $100, and, for them, to be charged a $50 wire transfer fee may actually dissuade them from making that donation.”

LISTEN | Ukrainian-Canadian students on their worries about what’s happening in Ukraine:

7:37Ukrainian-Canadian students on their worries about what’s happening in their Ukraine

Rusek said she wrote an email expressing her concerns to TD the day after making her donation, and was told two days later — after CBC News approached the bank about the situation — that she would be reimbursed.

In a statement to CBC News, TD spokesperson Erin Sufrin didn’t address questions about Rusek’s donation. Instead, Sufrin said TD began temporarily waiving all fees associated with wire transfers to Ukraine on March 3, and added that customers who sent a wire transfer before that date could receive a refund.

“Like the rest of the world, we are deeply concerned about the crisis in Ukraine,” Sufrin wrote in an email.

LISTEN | The information war in Ukraine:

24:18The information war in Ukraine

A new battlefield in Ukraine has opened up as each side fights to control the narrative of the ongoing war. Some experts say Ukraine and its allies are winning the information war by implementing a multifaceted strategy that includes pushing David and Goliath stories – even ones that may not be true – and creating a phone line where Russian parents can check in on their conscripted sons. On the other side, Russia – a country known for its relative success in shaping international media narratives – is clamping down. Today on Front Burner, Peter W. Singer, a senior fellow with the New America think tank, takes us to the front lines of the information war and explains why this fight matters. 24:18

CBC News reached out to all five major Canadian banks. They said they are either waiving or reversing wire transfer fees to Ukraine.

Rafael Ruffolo, a spokesperson for Royal Bank of Canada (RBC), said customers either won’t have to pay a fee or will receive a refund if they were charged for donating to “eligible individuals or entities in the Ukraine” as of Feb. 24 — the day the Russian invasion began.

Bank of Montreal (BMO) spokesperson Jeff Roman said the bank started waiving handling fees and communications charges for personal wire transfers to “non-sanctioned individuals or entities” in Ukraine starting Feb. 28. Any customer who made a donation between Feb. 24 and 27 “are welcome to visit a branch to have the fees reversed,” Roman said.

Trish Tervit, a spokesperson for the Canadian Imperial Bank of Commerce, said CIBC and its digital banking division, Simplii, both started waiving wire and foreign exchange fees for transfers to Ukraine as of March 3.

Scotiabank spokesperson Clancy Zeifman said it would waive all fees for personal wire transfers to people and organization directly affected by the fighting, or who are supporting refugees, starting March 8.

CIBC and Scotiabank didn’t answer questions about whether customers who made donations before the banks changed their fee policies would be refunded by the time of publication.

The moves by Canadians banks to do away with transfer fees follow similar actions by many European banks, including some in Ireland and the U.K., as individuals, companies and other organizations across the West seek ways to support humanitarian efforts in Ukraine and the campaign to resist Russia’s incursion.

Ihor Michalchyshyn, executive director of the Ukrainian Canadian Congress, said it’s “troubling” to hear that some people had to pay bank fees to support “good causes.” He said the military fund is buying equipment like bulletproof vests and helmets to protect Ukrainian soldiers.

“It’s just critical to ensure that 100 per cent of those dollars get to where they’re intended,” said Michalchyshyn. “Literally, these funds will keep people alive.”

After learning about the Canadian banks’ new fee waivers, Michalchyshyn said he is happy to see them taking steps to help people assist family and friends in Ukraine, and called on all banks to retroactively reimburse everyone who donated before the policies were put into place.

Rusek also welcomed the banks’ actions, and said she hopes other organizations and money transfer services do the same.

“I’m really happy that something that will benefit the military directly and humanitarian efforts directly is being adopted by the banks.”