Taylor Swift groping trial: What you need to know 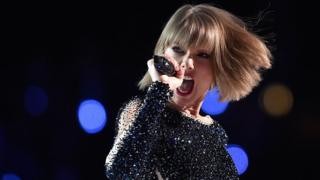 Taylor Swift has appeared in court in Denver, where she is accusing a radio DJ of groping her during a photo shoot.

The pop star sat next to her lawyers as they began the process of selecting a jury for the trial, where she is expected to testify.

Swift, 27, says that broadcaster David Mueller slipped his hand under her dress while they posed together at one of her concerts in 2013.

Here is a brief rundown of the claims and counter-claims.

The alleged groping took place at one of Swift’s concerts

Radio host David Mueller was invited to a “meet-and-greet” with Taylor Swift during her Red tour in 2013. He met her backstage at the Pepsi Center in Denver with his girlfriend and, after some small talk, they posed for a photograph.

According to Swift, the DJ reached under her dress and grabbed her bottom. “He took his hand and put it up my dress and grabbed onto my ass cheek, and no matter how much I scooted over, it was still there,” Swift says in court documents.

Mueller, whose on-air name was Jackson, was later removed from the concert by security guards. He denies that anything inappropriate happened.

But he was fired on 4 June, 2013, two days after the alleged incident. The 55-year-old claims this was due to pressure from Swift’s team, who handed over the photograph to his bosses.

“The radio station was given evidence immediately after the incident,” Swift’s spokesperson later confirmed to People magazine. “They made their independent decision.”

Swift did not report the incident

Although the alleged groping could have been considered a crime under local law, Swift did not report it to police.

Her lawyer says she wanted to keep the situation “discreet and quiet and confidential”.

What does the photo show?

The photograph of the encounter was sealed by the court at Swift’s request (although it was later leaked online). Both sides say the image backs up their case.

Mueller contends that Swift is smiling and, while his hand is behind her, “it is clear her skirt is in place and is not being lifted”. Swift’s complaint simply says “the image depicted in the photograph of Ms Swift with [Shannon] Melcher and Mueller speaks for itself.”

Two years after the incident, Mueller sued Swift, claiming her allegations had cost him his job and damaged his professional reputation.

“The contention that Mr Mueller lifted up Ms Swift’s skirt and grabbed her bottom, while standing with his girlfriend, in front of Ms Swift’s photographer and Ms Swift’s highly trained security personnel, during a company-sponsored, VIP, backstage meet-and-greet, is nonsense,” wrote his lawyer in court documents.

The DJ added that he had met “hundreds of celebrities” in the past but had never been accused of physical misconduct; and accused a co-worker of being the one who groped Swift.

Swift responded with her own lawsuit

One month later, the star countersued Mueller for assault and battery, saying she felt “frantic” and “distressed” after the incident.

In a deposition filed in 2016, Swift described “feeling violated in a way I had never experienced before.”

Her claims became part of the same trial.

What does Mueller want?

What does Swift want?

Swift is seeking $1 (77 pence) in damages, but hopes the case serves “as an example to other women who may resist publicly reliving similar outrageous and humiliating acts,” according to court documents.

When will she testify?

The trial is expected to last nine days, but it is unclear when Swift will take the stand. Other witnesses are due to include the star’s mother, Andrea, and the photographer employed for the meet-and-greet.

For the defence, Mueller’s then-girlfriend Shannon Melcher will testify about the taking of the photograph and the DJ’s character.

Jury selection may take some time

The opening day of the trial saw lawyers tussles over the make-up of the 11-person jury.

Potential jurors were asked to fill out a 15-page questionnaire that asked, among other things, whether they had ever been inappropriately touched, falsely accused or considered themselves fans of Taylor Swift.

No jurors were selected on the first day, but many were dismissed. One said on her questionnaire that she found Ms Swift “petty and dishonest”. Another was struck from the pool after saying he had friends who had experienced assault, and was unsure he could be impartial.