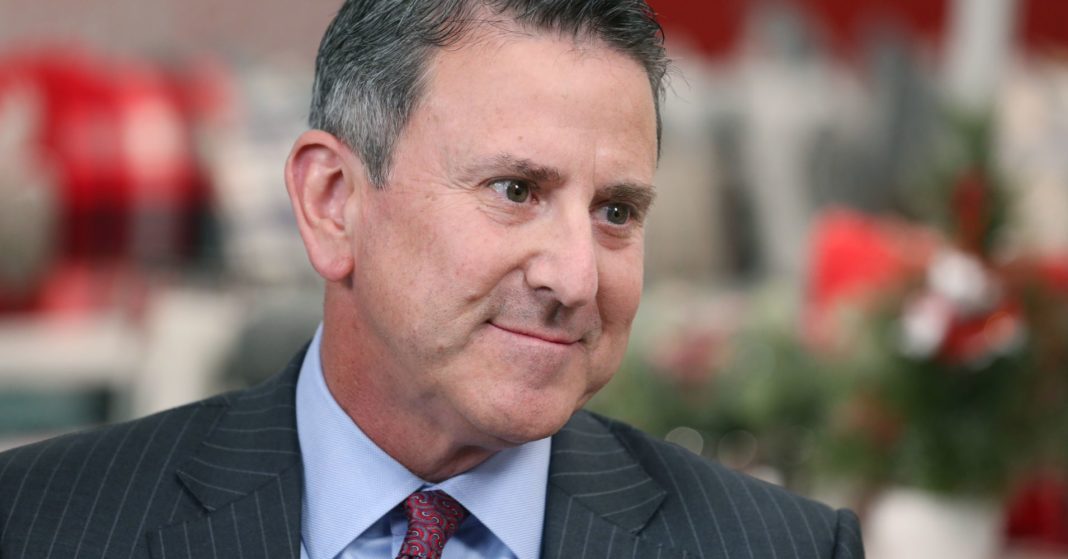 Earlier this year, Cornell raved about the U.S. economy, saying it was one of the best he’d ever seen in his career. That was after the company reported unprecedented growth in same-store sales and foot traffic during the second quarter.

However, Target’s same-store sales during the third quarter came in slightly short of analysts’ expectations, the company said Tuesday. Profit margins were slimmer as the company invested more in its same-day delivery service and raised its minimum wage from $11 to $12 an hour this year, with the goal of paying $15 an hour by 2020. Shoppers were also seen spending slightly less per trip than they did during the same period last year.

But the American consumer is still healthy, Cornell told reporters on a conference call, adding that shoppers are making more frequent “fill-in” trips to Target stores. Transactions were up 5.3 percent during the third quarter. “People are coming to our stores.”

Target shares fell by about 10 percent in morning trading as investors worried about profit margins heading into the holidays, especially as e-commerce sales continue to grow. Target reported digital sales growth of 49 percent during the third quarter. The stock is up by about 7 percent for the year.