“Talk oya talk,” says Dino Melaye as he shows off his “Toys” 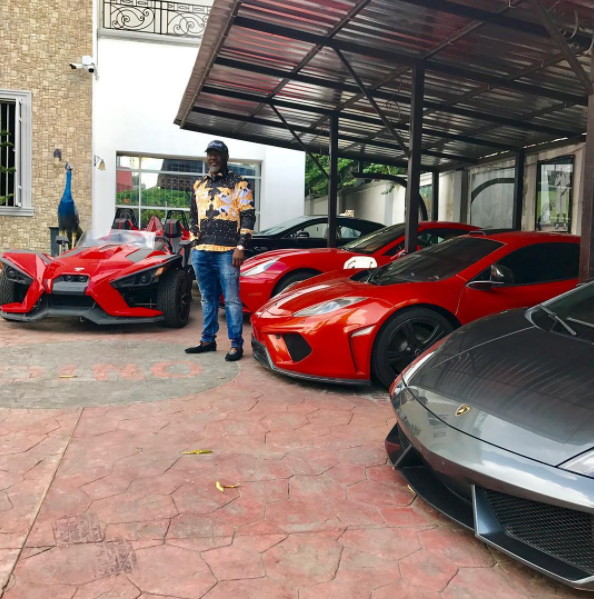 He shared photos of himself and his cars with the caption: “My Toys. My passion Noni! Talk oya talk”.

He posted another photo of a different set of cars, saying “Henhen. Kilode?”.

The Kogi West lawmaker is currently facing troubles as members of his constituency have signed a petition to recall him, a process which the Independent National Electoral Commission (INEC) had begun.

The senator took the case to court, saying that the move was politically motivated, but the judgement was not in his favour as INEC was directed to continue the process.

INEC had said that it had made about 6 attempts to serve Melaye with the notice of petition as directed by the court, all to no avail.