Monkeypox 10 important things you should know about outbreak Monkeypox is currently ravaging Bayelsa. Here’s all you need to know about what’s going down in the South South State. 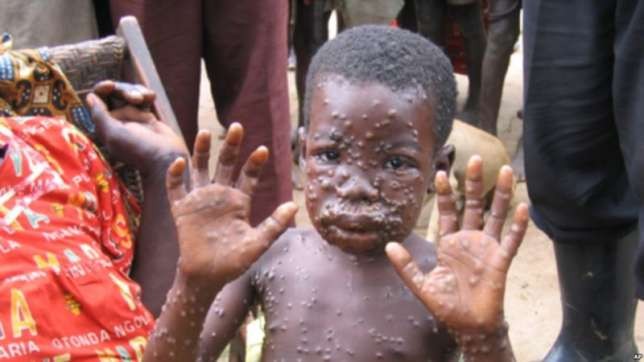 There’s currently an outbreak of Monkeypox in Bayelsa State, South of Nigeria.

Here are 10 things you need to know about what’s going on:

1. Monkeypox is a ‘zoonotic’ virus. That means it comes from animals. It can be transmitted from animals to humans and from humans to humans.

2. It was first discovered in crab eating Monkeys in Copenhagen, Denmark in 1958 by a scientist called Preben von Magnus.

3. Monkeypox was first discovered in humans in 1970.

4. Even though it’s called ‘Monkeypox’, most animals bear the virus.

Squirrels, rats, antelopes and some other rodents you can think of, are vectors of Monkeypox. Best to stay off ‘bush meat’ while you still can.

Secretions from dead animals are highly contagious as well. Fluids from infected persons are also contagious.

Children and young adults are most susceptible to infection.

6.  The first index case of Monkeypox in Bayelsa came from Agbura in Yenagoa where someone who killed and ate a Monkey, immediately started developing the rashes.

7. The Bayelsa Health Commissioner says the State is working with the “Veterinary Unit of Ministry of Agriculture to increase surveillance at abattoirs where animals are slaughtered for human consumption.”

8. Symptoms of Monkeypox include swelling of lymph nodes, headache, fever and muscle pain. The rashes come soon after.

9. Monkeypox has a lower death rate than the Smallpox.  According to Dr Chikwe Ihekweazuwho is the CEO of the Nigeria Centre for Disease Control (NCDC), “in previous outbreaks, it has led to death in about one to 10 per cent of infected cases. Although there is no specific medicine to treat the disease, when intensive supportive care is provided, most patients recover fully”.

10. So far, 11 cases of Monkeypox have been identified in Bayelsa while 32 persons are being monitored after contact tracing.

You are advised to always wash hands with soap and water at this time.