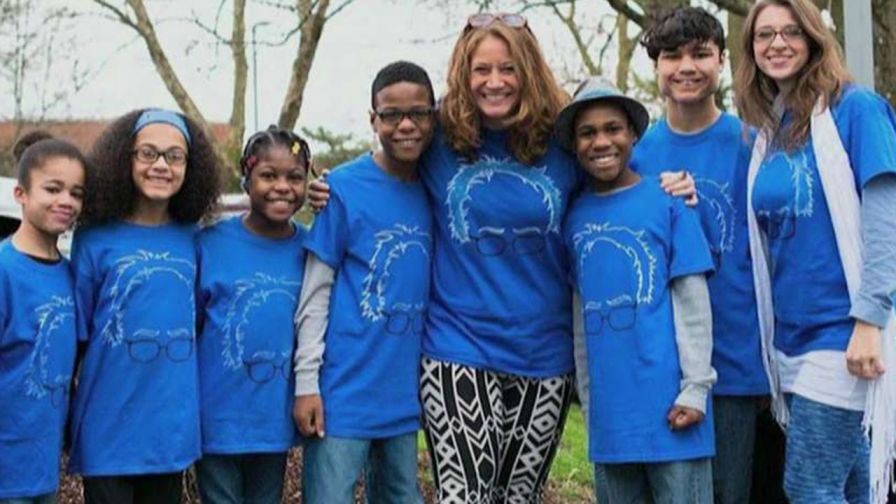 The new revelations raise new questions on whether the incident was deliberate.

Greg Baarts, the acting assistant chief of the patrol’s northern division, told KGW8 that based on preliminary evidence, investigators now have “reason to believe…that the crash was intentional.”

The speedometer of the Washington state family’s SUV was pinned at 90 mph when the vehicle was discovered crushed along the jagged rocks on the shoreline, court documents said. Authorities, however, warned that the speedometer could have been altered at impact and is not conclusive.

Authorities have reportedly obtained a warrant to search the family’s home in a suburb of Portland, Ore., to better look into the possibility of suicide.

The deceased are two mothers, Jennifer Hart and Sarah Margaret Hart, who were both 38. Jennifer was driving at the time. Authorities determined that three of their six children are dead, the other three are missing and feared dead, The Washington Post reported.

Known as the Hart Tribe, the multiracial family of two married women – Sarah and Jennifer Hart – and six adopted children took spontaneous road trips to camp and hike and traveled to festivals and other events, offering hugs and promoting unity. Bruce and Dana DeKalb, next-door neighbors of the Harts, said they called child protective services because 15-year-old Devonte had been coming over to their house almost every day for a week, asking for food.

One of the children, Devonte Hart, drew national attention when the black youngster was photographed hugging a white police officer during a 2014 protest in Portland, Oregon, over the deadly police shooting of a black man in Ferguson, Missouri. Devonte was holding a “Free Hugs” sign.

Dana DeKalb said Devonte told her his parents were “punishing them by withholding food.” The boy asked her to leave food in a box by the fence for him, she said. She told the Oregonian/OregonLive that Devonte asked for things like tortillas and peanut butter and eventually was coming over three times a day.

“There are a lot of unknowns on this,” Mendocino County Sheriff Tom Allman said. “Several of the questions that have been asked today will never be answered.”

Allman said there is no reason so far to think the crash was intentional but also mentioned there were no skid marks or signs the driver braked as the GMC Yukon crossed a flat, dirt pull-off area, about 75 feet wide, where motorists on the Pacific Coast Highway often walk their dogs.