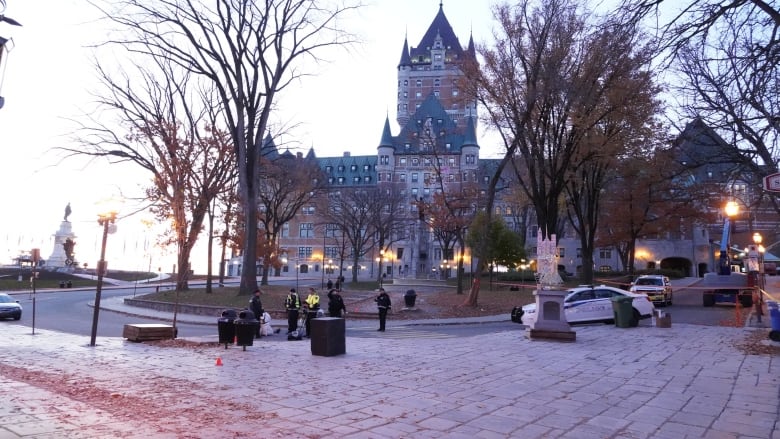 A suspect was arrested early Sunday morning in the historic district of Quebec City after two people were stabbed to death and five were injured by a man police say was dressed in a medieval outfit and brandishing a sword.

Police were called to the area shortly before 10:30 p.m. Saturday — on Halloween — and discovered victims in at least four locations, including near the Château Frontenac hotel, on du Trésor Street, and on des Remparts Street, according to Radio-Canada.

After a two-and-a-half-hour manhunt, a man was arrested shortly before 1 a.m. about one kilometre north of the area in the city’s Old Port.

“Quebec is waking up after a night of horror. Words fail me to describe such a tragedy. I offer my condolences to the loved ones of the victims,” wrote Quebec Premier François Legault Sunday morning on Twitter.

Two people have been confirmed dead and five other victims were transported to a local hospital, with varying levels of injury, said Quebec City police spokesperson Étienne Doyon at a news conference early Sunday morning.

The suspect was also taken to hospital for evaluation.

Quebec City police tweeted shortly after 4 a.m. that the situation was under control.

“According to our initial information, there is no indication that the suspect may have acted on motives other than personal ones,” the tweet reads.

Radio-Canada reported when police arrived shortly after 10:30 p.m., they discovered the first body on du Trésor Street, not far from the Château Frontenac.

The second body was discovered on des Remparts Street. Both showed signs of violence. 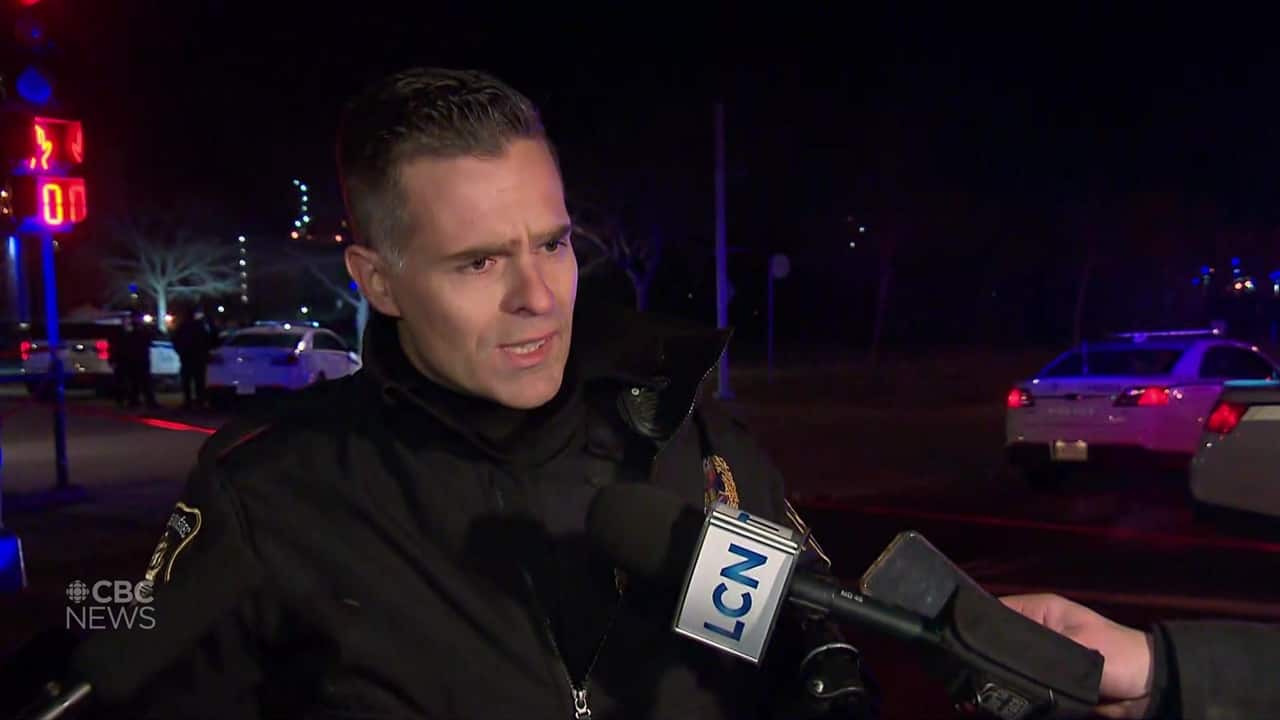 “We arrived at the beginning of the intervention,” said Martin Rioux, who was walking with his partner toward the Dufferin Terrace late Saturday night when they saw two police cars and a body on the sidewalk.

Rioux recounted doing laps of the area and coming across a canine unit, several police officers with their weapons drawn, and others shining bright lights from their vehicles.

“We were really witnesses to the manhunt,” he said.

“There was a lot of adrenaline,” Rioux said. “Especially when you see police officers walking and running with their weapons drawn.”

Jordan Proulst told Radio-Canada he was walking down Saint-Jean Street when he saw several police cars race past in the direction of the Château Frontenac.

“There is a strong police presence,” he recounted from in front of the National Assembly early Sunday morning. “In front of me there are three, four, five, six police cars, which have made a barrier.”

He said people were being prevented from passing, and he could see several more police cars past the barrier.

According to Radio-Canada, a security guard at the Quebec City Port was the one who eventually spotted the suspect and alerted police.

Police arrested the suspect in the area of the Espace 400e business park on Abraham-Martin Street shortly before 1 a.m. Sunday.